By RonewaRamulifho (self media writer) | 29 days ago

It is indeed true that you should bite the hand that feeds you . Buhle went on an interview with Mac G and she was talking bad about Cassper Nyovest . If you didn't see the interview, she was saying things like , Cassper didn't write the Siyathandana song but he lied and said he did . Which means that he got all the credit he doesn't deserve . People reacted and started attacking Cassper for taking advantage on Buhle .

Since the interview Cassper didn't reply nor say anything , it's only now that he is commenting. People thought that he will share his side of the story , only to find out that he is actually going to deal with Boohle in silence . The two had a song that was supposed to be released now , the name of the song is "Umjolo" . But he decided to cancel everything, which means that the song won't be released anymore .

No one saw it coming , some people felt like he's being too harsh on her . While others are saying he should forgive and give her a second chance . All the fans want is the song released, whether it's not Boohle singing . 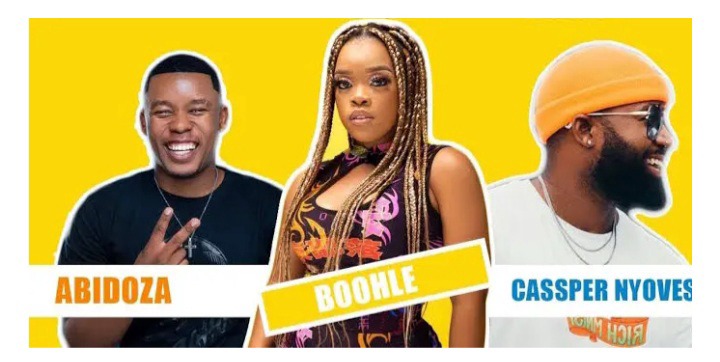 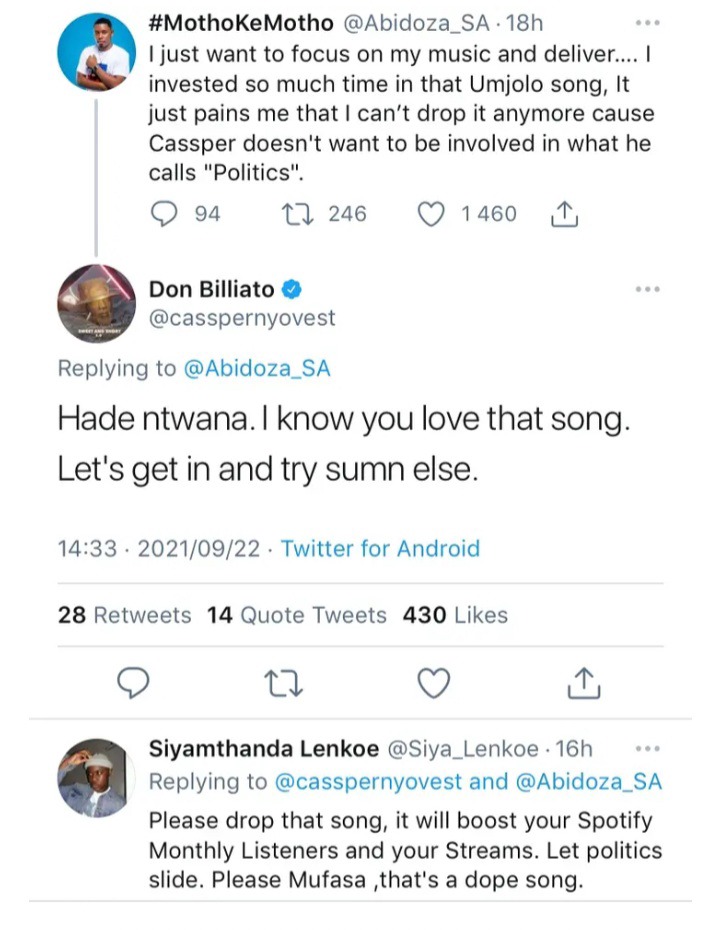 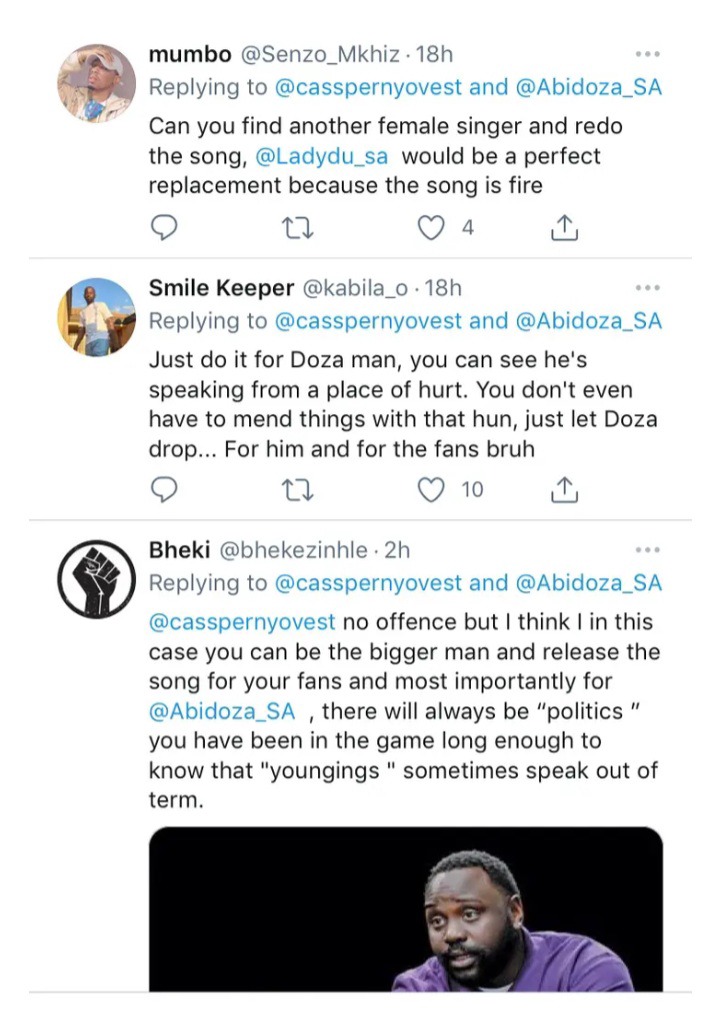 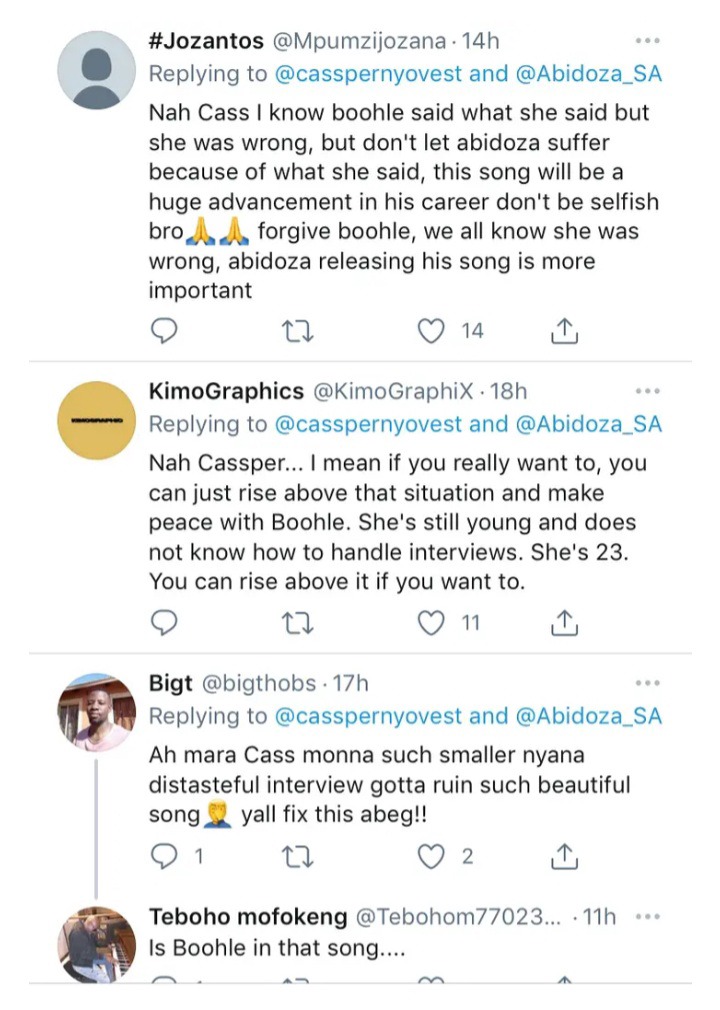 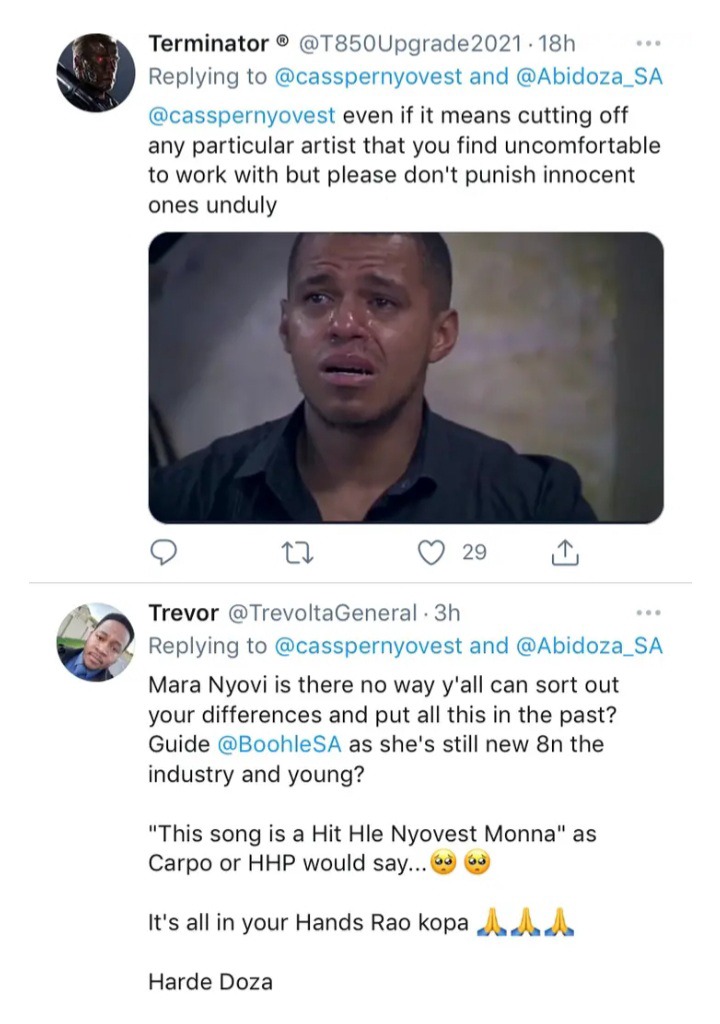