Meet The First Triplets, Identical Twins Who Want To Marry The Same Man

Many people are now found in a polygamy relationship. It's not suprising nowadays why many people would want to share their men's and women's. We have seen many twins saying that they want to get married tonthe same man. In mzansi it once happen to Siko twice, a man married identical twins and he ended up leaving them both because they abused him physically. If one was upset, then the other one will be upset too because the other one is upset. 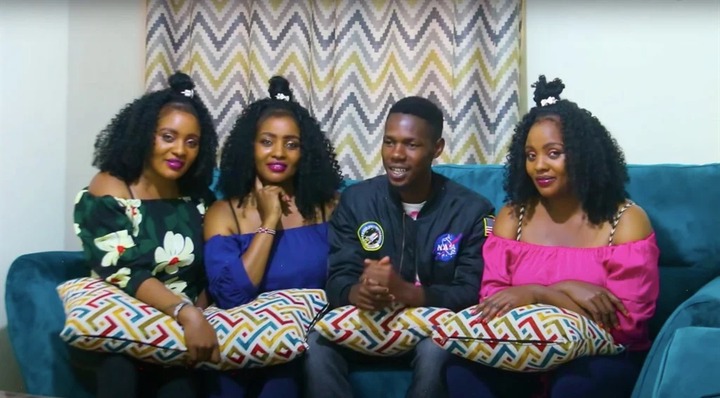 We have recently came across triplet also does not want to be separated from each other. These triplet also want to get married to the same man. A Kenyan man is ready to get married to the identical triplet sisters known as Cate, Eve, and Mary after being in a relationship with them in less than a month. Mzansi could not help but to gush over the decision that this young man took to settle with triplets identical twins. A Kenyan man whonhas been identified as Stevo is said to be getting married to the identical triplets twins after he met with one of the triplets who later introduced him to the other two.

Many people who comment in social.media are saying that it's difficult to satisfy all of them at the same. Communication is the most important tools in a relationship. Of you want to be happy and have peace of mind, Communication is the key. The triplets have revealed that they have their own time table to see Stevo. And also Stevo said that it's not a big deal to make them happy as they have drawn timetable. Apparently they see each other Monday, Tuesday and Wednesday. And on weekends they all gathered together and spend some quality time together.

What I'd your thoughts, let's share your views and opinions and talk about it.