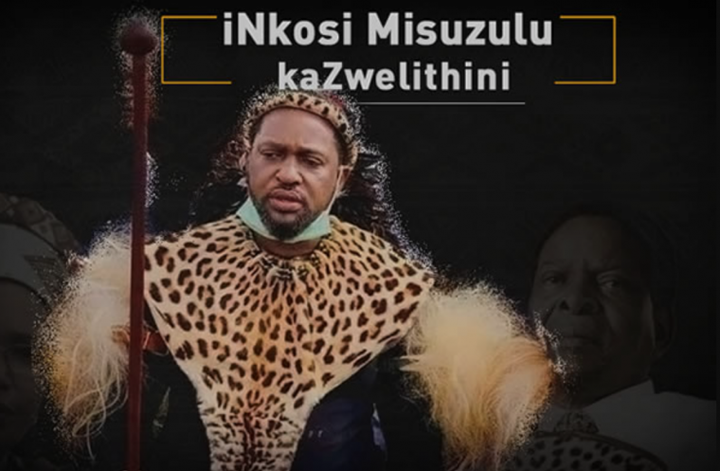 The royal family has verified that Zulu King Misuzulu kaZwelithini has fully recovered following fears that he was poisoned during his birthday party last week.

After being ill during his birthday party the day before, King Misuzulu was unable to address his followers during the uMkhosi weLembe (Shaka's Day) celebration on a Heritage Day.

The king celebrated his birthday at one of the Pearls' restaurants in Umhlanga, Durban. He became ill and had to leave the party right away.

According to the sources, his condition deteriorated to the point when his doctor was summoned.

Because his illness came on suddenly, it was suspected that he had been poisoned.

Because his illness was being continuously monitored, the doctor suggested that he was not fit to make an address during uMkhosi weLembe.

The royal family's spokesperson, Prince Thulani, said the monarch had made significant progress since his untimely illness.

At this time, he continued, the king's blood test results have not been made accessible to the family.

"The king is in excellent health and has totally recovered. The results have yet to be received. We recognize that the information between the king and his doctor is private.

"I won't be able to seek for or reveal such information without his permission." "However, I can assure you that the king has fully recovered," Prince Thulani remarked.

During the royal family meeting this week, King Misuzulu addressed the contentious question of succession, which has caused dissension among the family.

He said the royal family's succession problems were nothing new, and he urged all members to work together to keep the crown.

This comes as some family members refuse to recognise him as king, while others have filed legal challenges to his appointment.

They both ignored the meeting, which was held at Ulundi's old legislator.

The throne, according to King Misuzulu, belongs to all royal families, and it is everyone's job to keep it safe.

"This throne does not belong to Princess Thembi or Prince Simakade, but to the Zulu people as a whole." "I'd like to express our hope that this is the final meeting of this kind trying to settle the deadlock since nothing irritates me more than having to restart legal leadership processes," he told the meeting.

We earlier reported that Zulu King Misuzulu kaZwelithini had allegedly been poisoned.

Misuzulu kaZwelithini, the ZULU monarch, is thought to have been poisoned during his birthday party on Friday, a day before he was to address his followers at the Umkhosi welembe (Shaka's Day) festival in Stanger.

On the eve of Heritage Day, the de facto Zulu king celebrated his 47th birthday at the Beverly Hills Hotel in Umhlanga, Durban.

The party was attended by the king's intimate friends and colleagues, including Duduzane Zuma, the son of former President Jacob Zuma.

We have been reliably informed by royal family sources that King Misuzulu experienced severe stomach cramps after eating at the hotel.