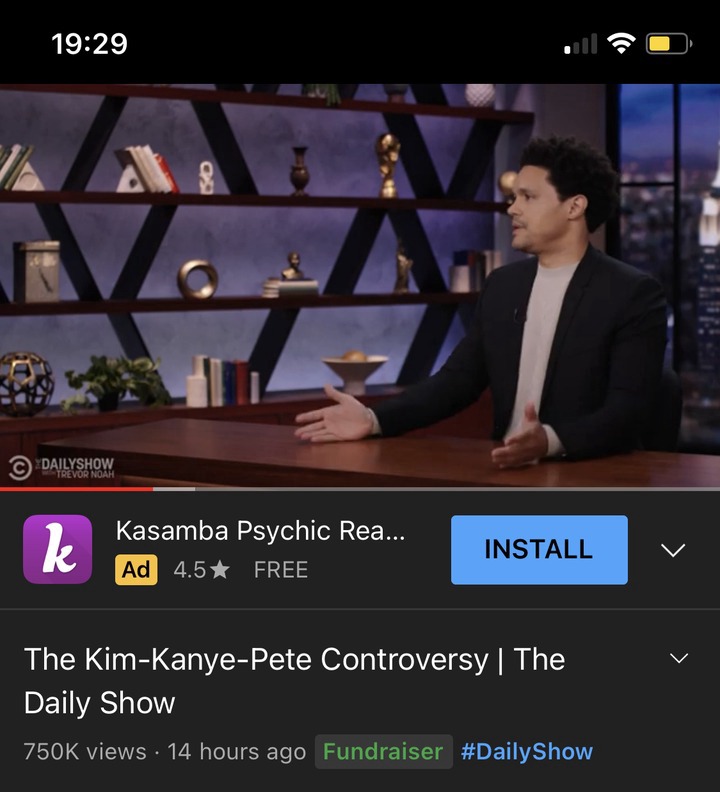 Trevor has been making all sorts of headlines in the previous days after his comments on Kanye West's entanglement stories with Kim Kardashian as he said that Kanye he’s gotten belligerent. However Trevor’s words didn’t make Kanye happy and it has started between them.

Kanye got angry and started posting nasty Stuff about Trevor on Instagram. Firstly he posted some sort of prayer with Trevor’s picture on it, and now his Instagram account is banned because of using a racial slur directed at "Daily Show" host Trevor Noah. 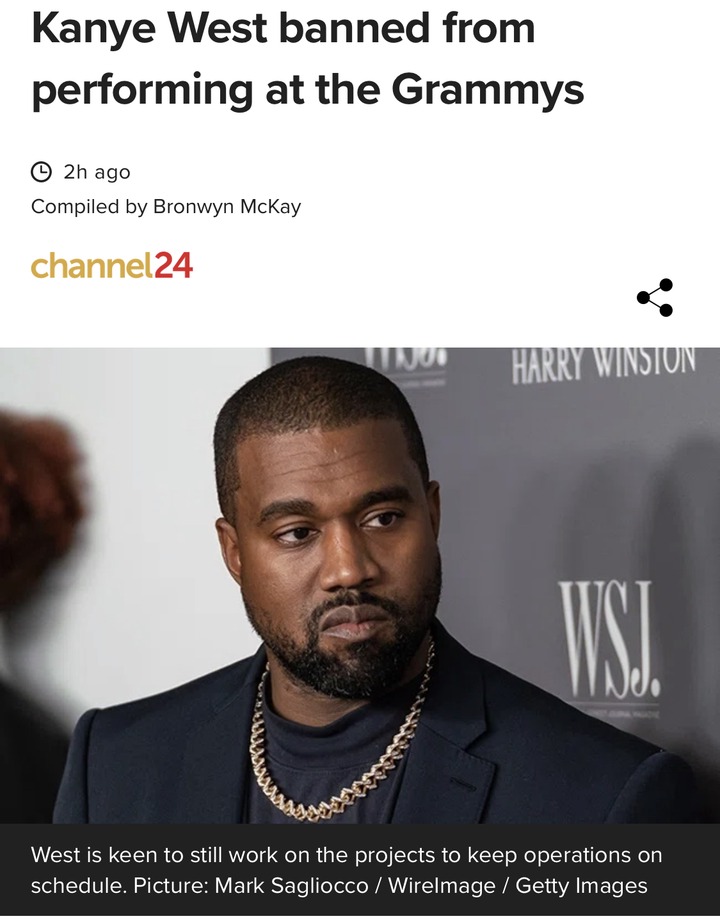 According to the reports, Kanye West has been removed from Grammys lineup because of his online bad behaviour and all fingers are pointing at Trevor Noah since he’s going to be the main host of the show. 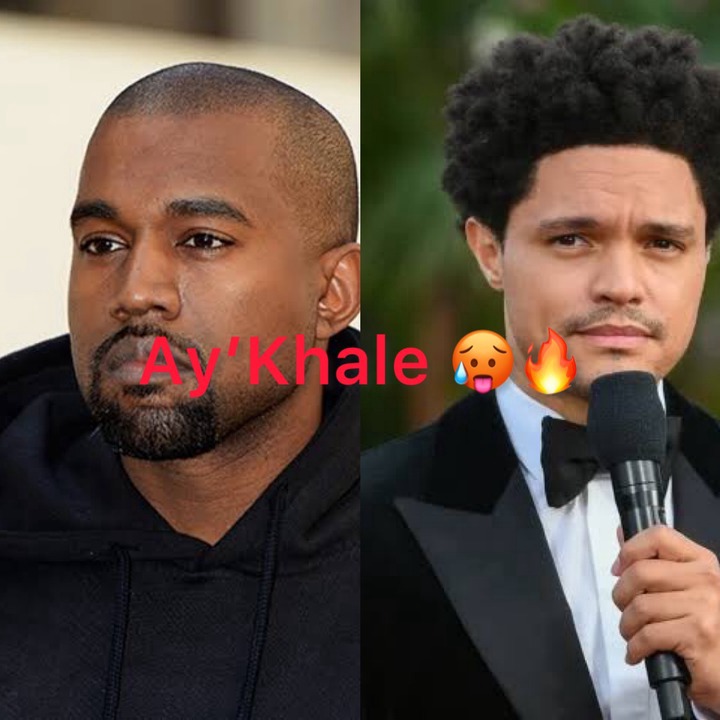 Since all fingers were pointing at Trevor, he had to come up with a strong cover up story to redeem himself, and he shared a tweet last night, saying that he only told the show directors to counsel Kanye West because his recent behaviour isn’t pleasing for someone who’s a public figure like him. 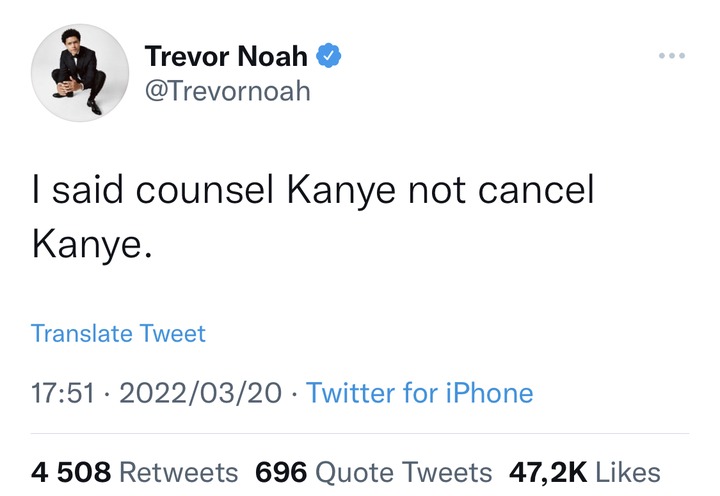 “I said counsel Kanye not cancel Kanye,” he tweeted.

According to CNN, Trevor said that he wasn’t offended by Kanye’s posts and he never asked the Grammy’s to cancel Kanye from the event. 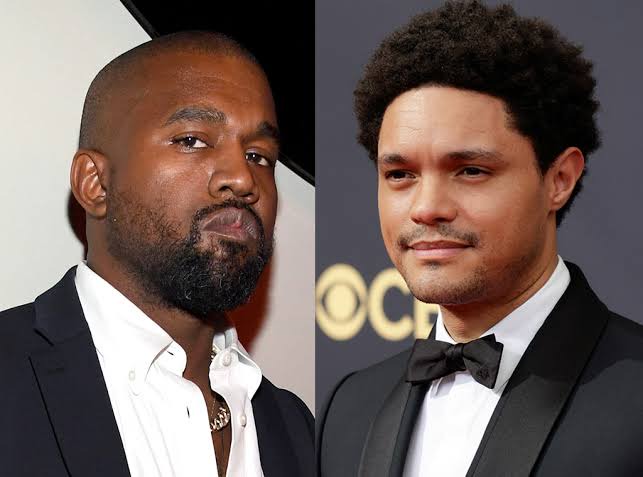