DJ melzi dropped a bombshell on The bomb as he was spotted with The bullet, see pictures here 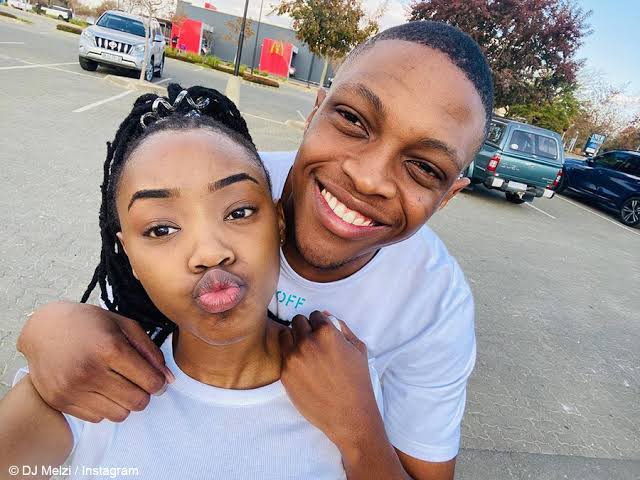 Tumelo Mphai, well known as DJ Melzi is a South African renowned forex trader and an amapiano DJ. He came into prominence after announcing that he is dating Andiswa(The Bomb) who's one of the most thick and beautiful girls in South Africa.

DJ melzi decided to spice things up in his relationship when he dropped his new album titled “The Bomb”. Many people were surprised about him naming his album after his girlfriend's name. The album includes hits like “Bayekele” and “oh Mapiano”. 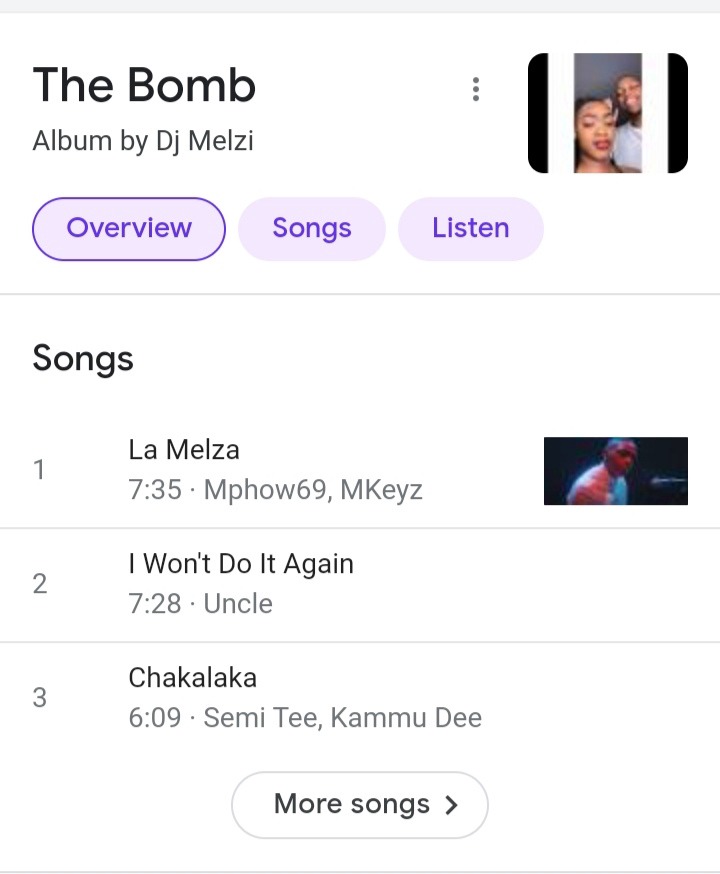 No doubt that Melzi and his girlfriend forms a nice cute and adorable couple and by doing that they spend most of their time together and even take her when he goes to his gigs. You should take a look at The Bomb's Instagram account for more dating tips.

It appears that DJ melzi couldn't get more satisfied with Andiswa because he talked about the day on Twitter yesterday. Despite taking The bomb on scooter ride 4 days ago he was spotted by the Twitter detectives on a local lodge in north west with a girl who appears to be not Andiswa. See pictures below : 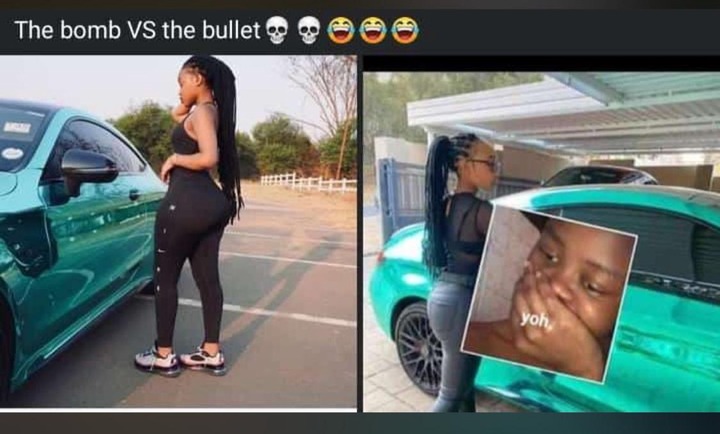 People couldn't stop talking about this and they even made it worse spreading rumours that The Bomb might be pregnant and she's doing matric this year.

But that might be true since she hasn't been active lately on social media with her daily live videos. But still she has a lot of support from Twitter because many people are trolling DJ Melzi for cheating on her. 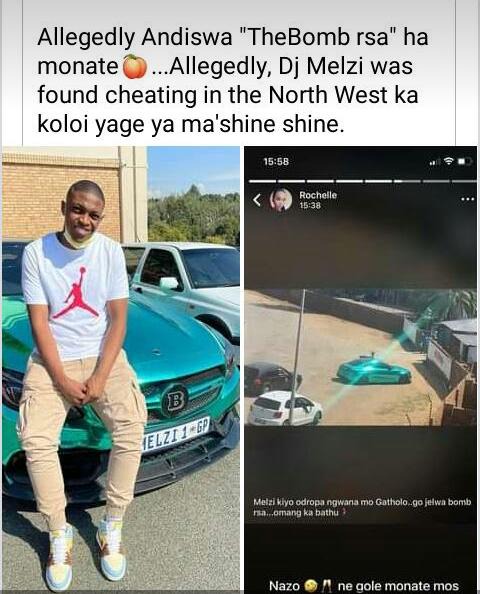 Another Twitter user tweeted that “Yho😭 now our only hope ke the bomb and Dj Melzi. If they break up imma stop believing in love”,which sounds crazy but it's hard to believe that someone who's cute like Andiswa could be cheated on.

It appears that many celebrity couples are breaking up this year, the likes of Bill Gates and Melinda Gates, Miguel and his wife Nazanin, who has been together for over 17 years and Black and his wife as well, so it's possible that DJ Melzi could be cheating on the bomb. 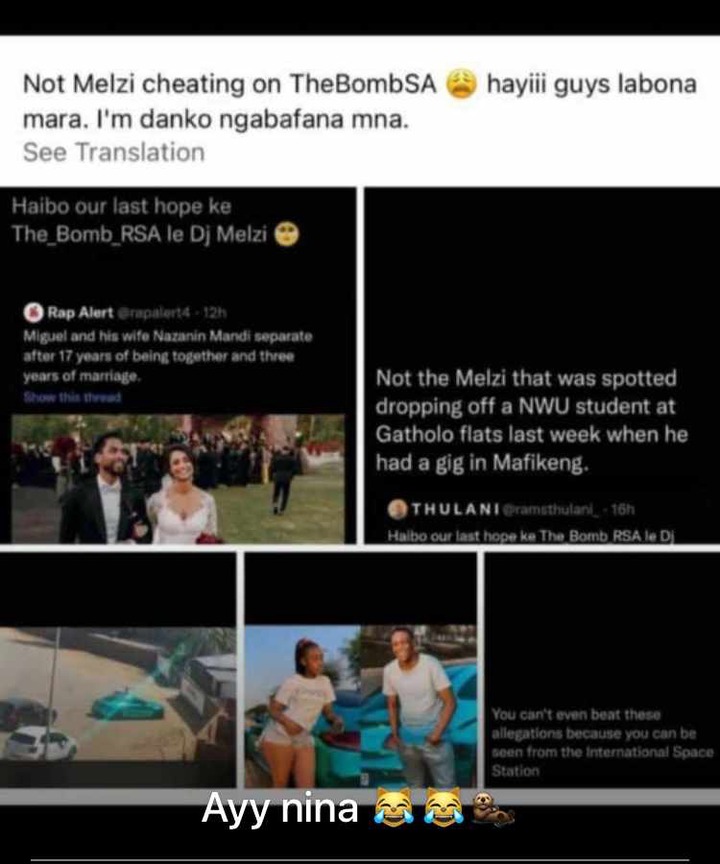 What's your take on this matter? Don't forget to leave your thoughts in the comment section.