I understand that - LaConco says after her lies get exposed 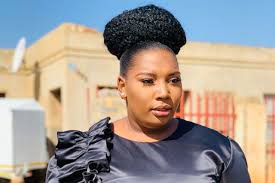 She has come under fire for lying about a man known as Petal on the second season of the show.

This comes after there was a great ideal of interest in LaConco's love life throughout season 2, after the viewers learnt about the mysterious Petal.

LaConco even boasted about him and claimed he owns a yacht. This came after Petal delivered flowers to her.

The viewers were under the impression that Petal was a wealthy man, but not until Jojo Robinson, a co-star dropped a bombshell that shook viewers.

Jojo Robinson claimed that Petal does not own a yacht and he is not rich as LaConco claimed, and her response was: "I understand that".

LaConco also came clean about Petal when Donovan asked whether Petal exists or he doesn't.

"He is breathing very well in flesh and blood. He's alive so he is definitely a guy that I met and liked the character". LaConco said.

She explained that Petal is her bestie.

Last month co-star Londie London was under fire for speaking about what LaConco told her privately about Petal.

Londie said she believes that LaConco was telling a lie about not being romantically involved with Petal, saying she when she speaks about him privately, she gushes about Petal.

Also, Tweeps were recently convinced that Petal could be former president Jacob Zuma, on Zuma's 80th birthday celebration, she spotted wearing an engagement ring she got from Zuma in the video she posted to wish him a happy birthday. 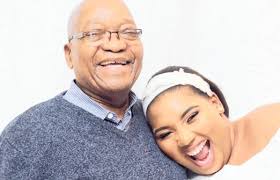