What does Mzansi prefer between Rythm city and House of Zwide? Opinion 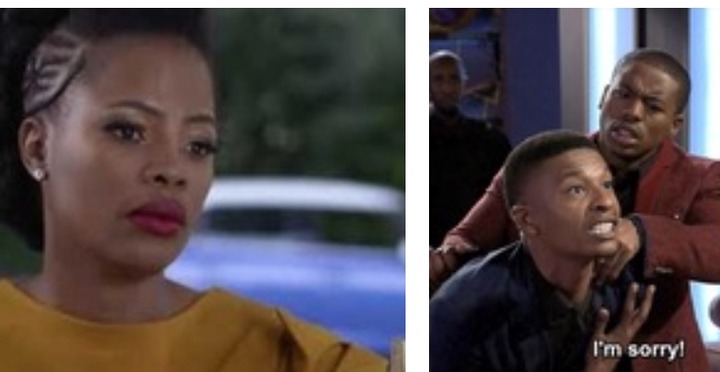 The going off of the city that was really heartbreaking, it was loved by most of the young people. As they left the screen, a lot of soapie lovers were heartbroken.

Some where having their crashes on celebrities that were on the rhythm City. Rhythm city had the most hottest ladies and handsome young man in Mzansi.

A lot of people were now becoming familiar with some of them, they were now treating Rhythm City as part of their families. Young people would go to work and they would want to come back on time, just for them not to miss this amazing soapie.

Things were just starting to heat up when Rythm City left the people hanging. The time when it's left, the fans wanted more from the end of gangsters like Khulekani and Suffocate. A lot of them were also happy with the way that Umuzi and Pearl got back together. The Khuse family going back to the village, Sabelo and his wife were taking over the house.

The main question is, why did rhythm City ended? It is not the only drama soapie that has ended, even Isibaya, the drama that was almost part of Mzansi family, also ended during this pandemic where people need entertainment. I do wanna believe that the producers were not making money as before, considering the impact of Covid19 on most of the people, and also on the budget of the production.

This is one of the drama soapie that we thought they are financially stable because, they have been running our TV for quite a long time. Rythm city is now gone, it is replaced with the house of Zwide.

The house of Zwide it is just starting to get the attention of the people. I believe that some of the people when it has started, they were still curious to see if it can match the standard of the rhythm City, but according to me I would want to say, the house of Zwide is already doing well, just a few weeks of broadcasting people are already beginning to yearn for more. They eagerly wait to see what will happen next, just like right now things are heated up with the death of Funani Zwide's mother. It is already signs of what a good soapie does, it leaves its people hanging and hungry for more.

There is a lot of twisted events before the truth is actually revealed. Some people are already falling in love with this particular drama. There are also a lot of people that are falling out of love with Faith Zwide, because of too many secrets that she has, but I believe just like any other soapie, she's going to live to regret it.

It is like in scandal when people were getting annoyed by the behaviour of Boniswa Langa, they ended up calling for her immediate removal, that shows that she is a good actress. Today we are seeing this the toxic behaviour from the wife of Funani who ruthlessly go to a point of killing her own mother in law.

Tell me what you think Mzansi, do you think that rhythm City should not come back because the house of Zwide has saved the day. Is it already giving you more than what you were getting from the previous soapie or you still prefer rhythm City, thank you.