Patronella from The Queen Biography, Age, Career, Children, Husband, Net Worth and more With her hilarious performances, this accomplished comedic actress has had South Africa in stitches for the past 30 years. Better known as Patronella on The Queen or for her contribution to the infamous "DOOM" advert from back in the day, Thembsie Matu has become a house favourite. Find out more about her husband's tragic and sudden death and her recent five-week battle with COVID-19.

Thembsie Matu is a renowned South African actress famous for her TV commercial for Doom and currently playing Patronella on The Queen. She always grabs opportunities to crack fans up and manages to keep soapville lovers at the edge of their seats as they watch her religiously. As she exudes positive vibes, let’s get to know her more in Thembsie Matu Biography (Age, Children, Hubby Murder, Clothing Line, Net worth, The Queen) 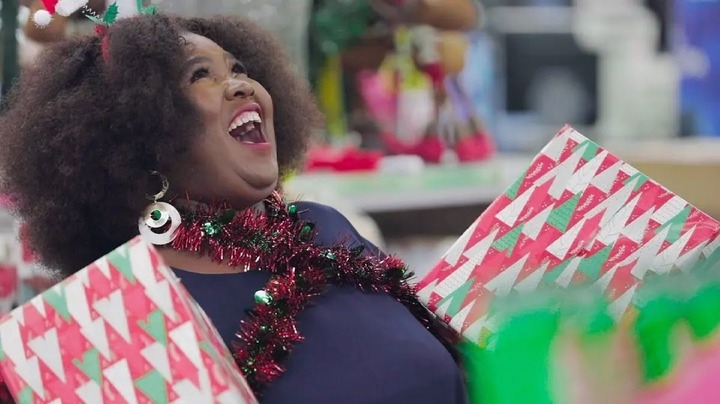 She has been in the entertainment industry for more than 30 years, and her age remains a mystery. The epitome of black don’t crack, she keeps serving youthful vibes, and we are here for it.

Apart from television acting, she appeared in the popular commercial for the insecticide Doom. In 2018, she was nominated for the Diva Extraordinaire of the year at the 2018 Feather Awards. In 2019, she co-hosted the show "Fragrance Your Life" with Nomsa Buthelezi aired on e.tv. Meanwhile, she also won the awards for the Favourite Actress and Ultimate Viewers' Choice awards at the 2018 DStv Mzansi Viewers' Choice Awards. 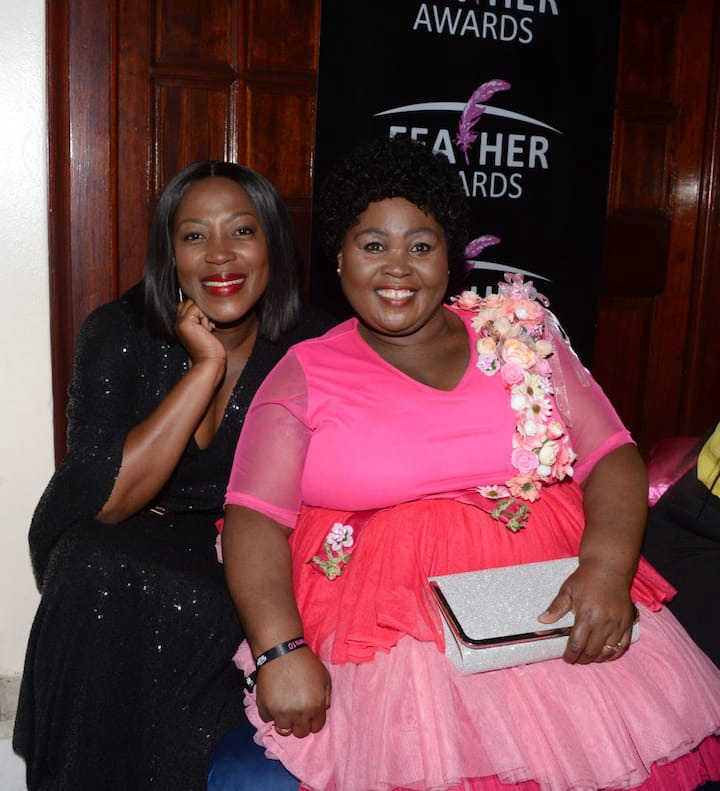 In 2008, she appeared on the e.tv soap opera Rhythm City with the guest role "Sis Bee". During this period, she made supportive and guest roles in many television serials such as; Zone 14, Gaz'lam, Home Affairs, Zero Tolerance, The Lab and Jacob's Cross. In 2009, she acted in the comedy film Finding Lenny directed by Neal Sundstrom. After that, she joined with the SABC1 sitcom Abo Mzala and starred the role of "Zodwa" in second season, which was previously played by Lusanda Mbane in the first season. 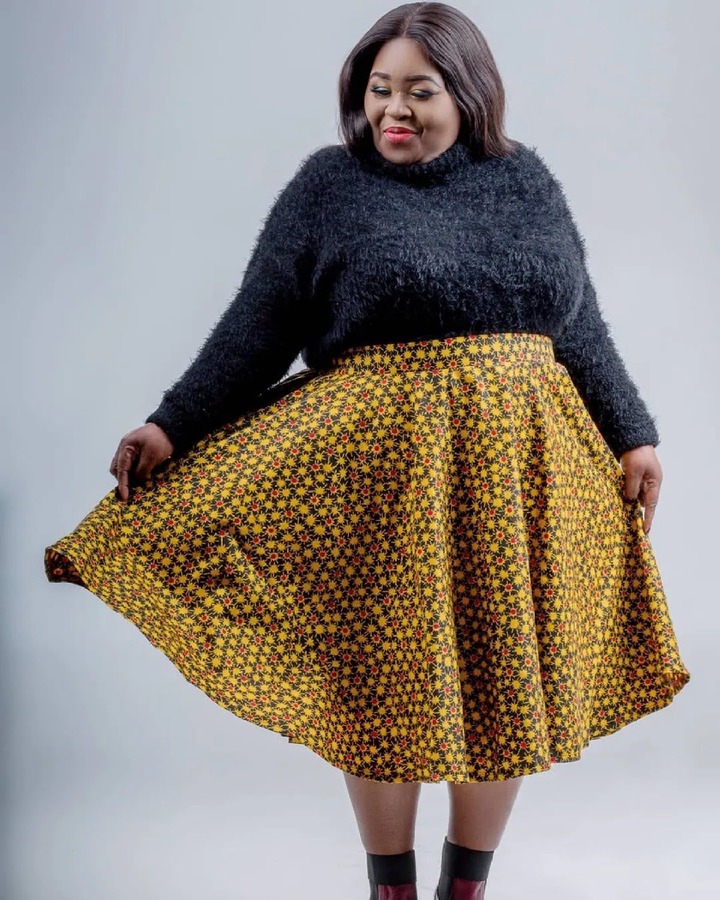 The actress is the mother to two children, a 23-year-old daughter, Mamosa, who aspires to be a musician, and her son, Unathi, acts besides her as Sipho in The Queen. She recently celebrated Unathi's graduation from the University of Cape Town with a Master's in Engineering.

“I wanted everyone who is wearing the clothes to look good. For voluptuous people, I was looking at something that will cover the love handles, but at the same time, they look fabulous. What makes the line unique is the type of material that we use and the way the clothes are creatively done,” Matu says.

With her new role in the bag and a clothing line that’s flourishing, the actress is cashing in a pretty penny. Worth a fortune of $200 000, the actress is on a winning streak. 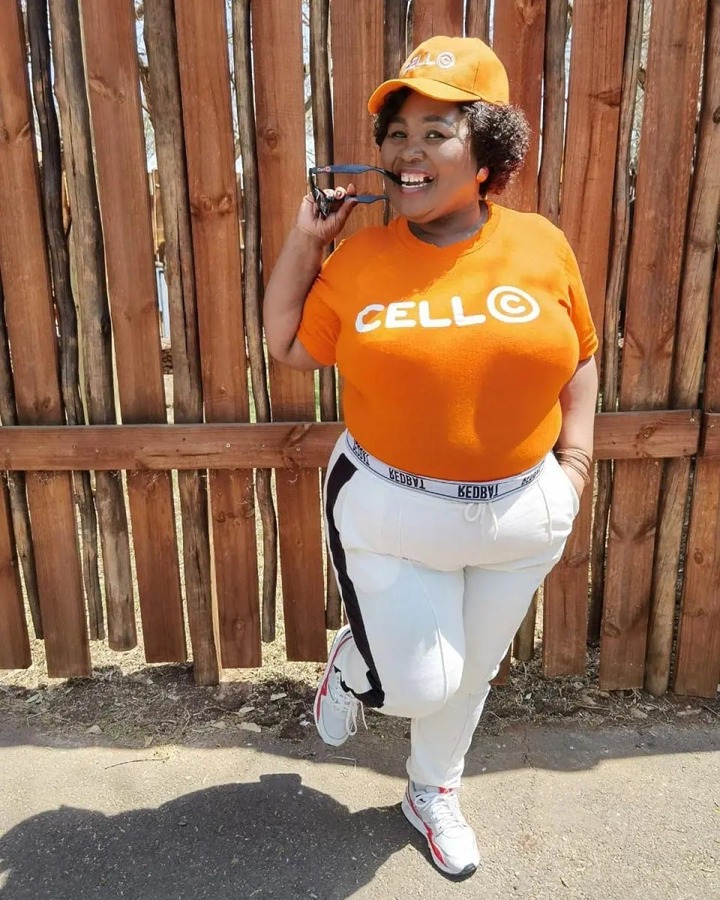 She was married to Peter Sebotsa who was found dead in a pool. She confirmed the news of her husband’s death on Instagram. “Last Thursday, I tragically lost my dear husband, my rock, whom I’ve been with for 36 years. It’s been a very difficult time for us, and we ask that you keep us in your prayers as we plan for the funeral, and the days after that. We’re a family that trusts God, and we believe that he will carry us through.” Together they have two children – a daughter, Namosa and a son, Neo.

The lovely Thembisie is constantly described as a fun-loving person with a bubbly personality. She continues to use her celebrity status to give back to the community in an effort to make South Africa a better country. We look forward to seeing Patronella and Sipho, played by her son on The Queen, as they continue to entertain us with their stellar performances.

Unathi Matu, Thembisie's son, graduated in December 2020 and Mama couldn't be more proud! He received his Masters in Engineering from the University of Cape Town, but he will continue with his acting career. 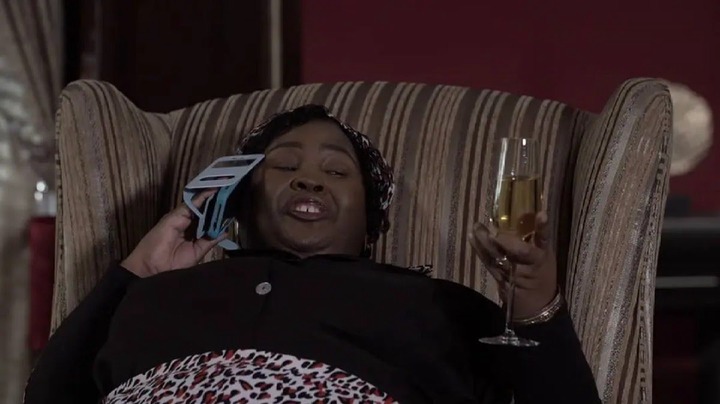 Unathi joins his mother in the cast of The Queen, where he plays Sipho. Fans are continuously impressed by the young man's acting skills in his portrayal of the homosexual character who is Schumacher's lover.

Zodwa Wabantu sends her son to boarding school which left many speechless in Mzansi.

Beautiful In Style Natural Hairstyles For 2022