Mzansi left speechless after seeing what a Zulu man told this lady for calling them rude. 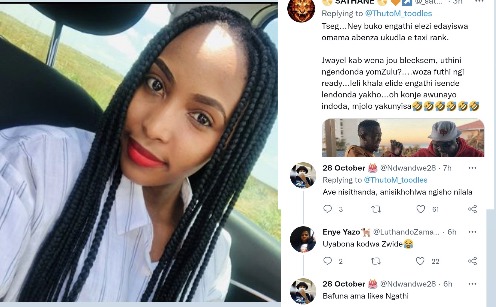 They say you should be careful what you say around Zulu men because they have a way of reacting to people without even thinking about it. They don't give a damn what the next person thinks if they say anything hurtful to them; all they worry about is having their say.

Say anything you don't understand if you want to see how harsh Zulu men can be, and you'll get what you deserve. That is why it is critical to always explain yourself when you say something because it appears that people frequently jump to conclusions without first gathering all of the data. One thing about social media is that you have to have a sense of humor to have fun, but Zulu males are said to lack a sense of humor, which explains why they are always angry.

A woman took to her social media account and wrote GOOD NIGHT TO EVERY MAN EXCEPT ZULU MEN, little did she know that she had picked the wrong one to joke with, lol they didn't waste any time answering to her post, the comments were so vicious it was as if she had killed one of their own. And that was humorous because she was joking and didn't mean it that way, but she was implying that all men, except Zulu guys, should sleep. She wanted them to keep her company, but some of them didn't get it and began swearing at her.

Even though she is stunning, she has been informed that she is unattractive because she wears spectacles that appear to have been purchased at a taxi station. To be honest, there was no need to say all of those things to her; after all, she is a lady, and you can't just go around saying such things.

Because of their behavior, some Zulu men are the reason why some people despise Zulus. She only said a praise, and they all believe it was her due to a misunderstanding.

Take a look at these remarks from Zulu guys on social media, in which they utter some of the most heinous things to a woman. 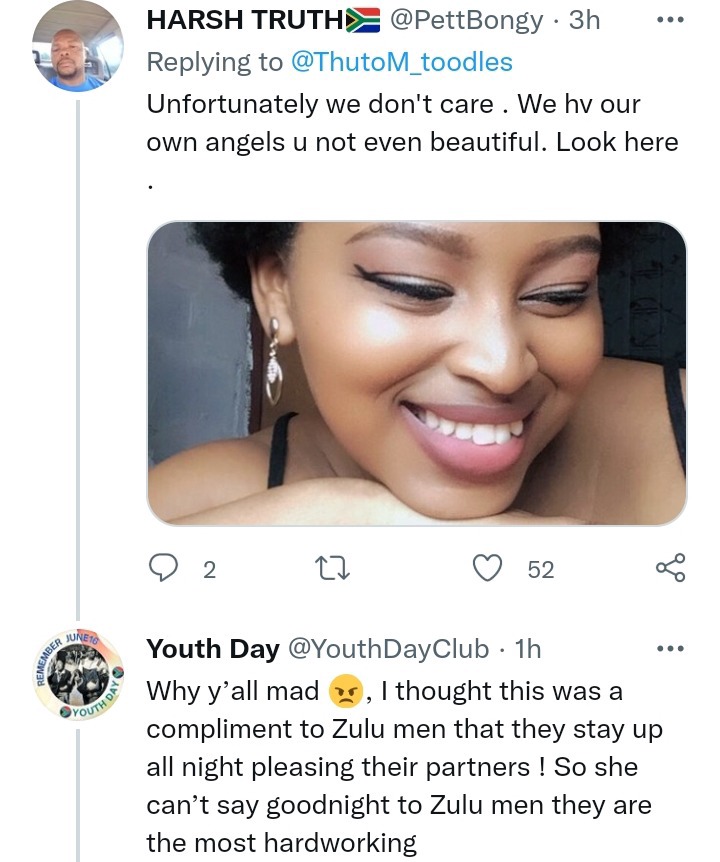 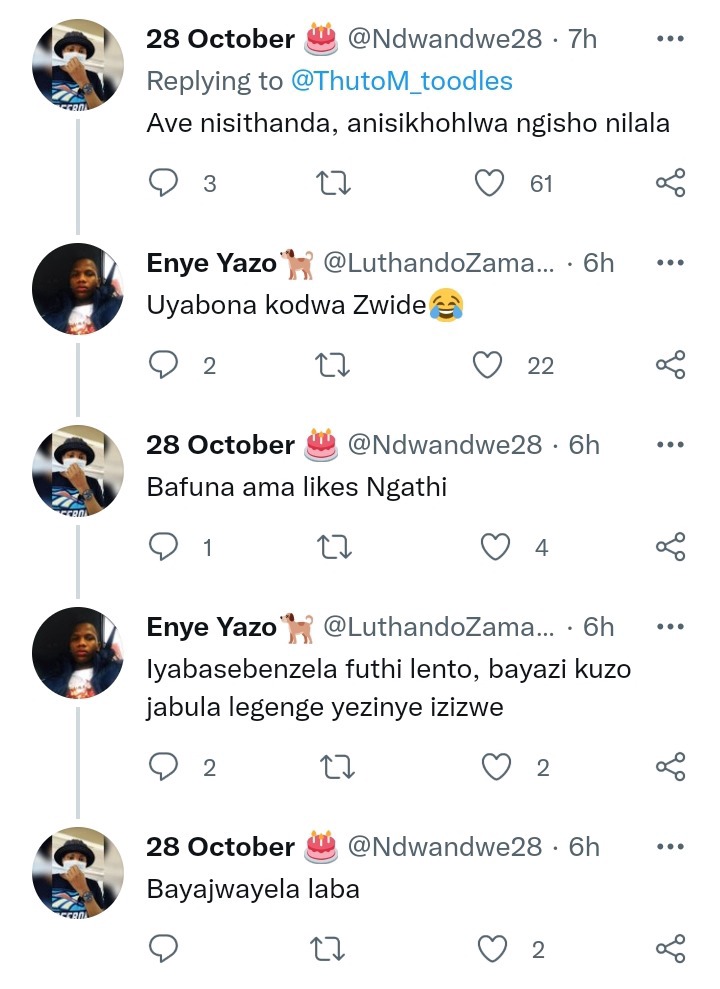 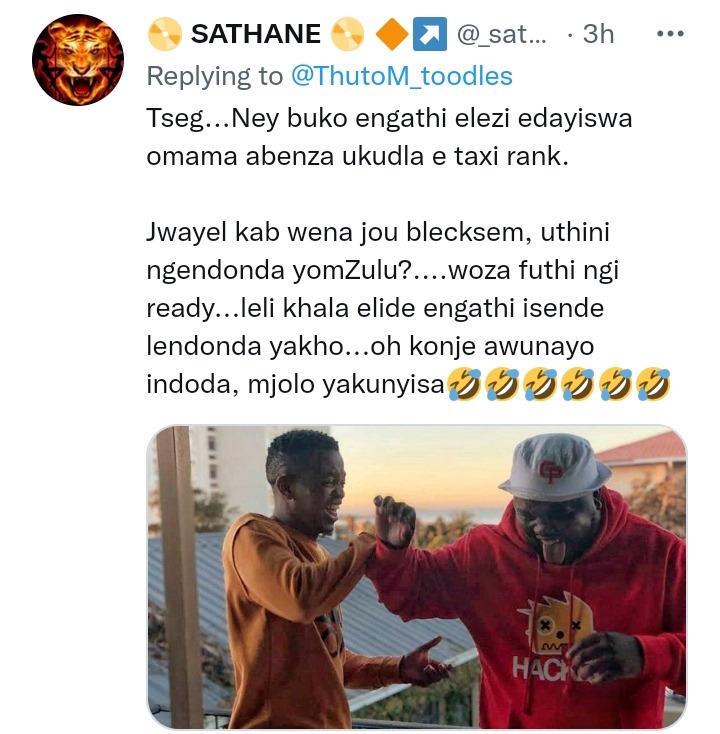