While details about what they discussed have not been disclosed, lawyer for the Steenkamps, Tania Koen, confirmed the meeting had taken place and that Reeva’s mother, June, did not take part.

Koen, who was present at the meeting, said she could not divulge what was discussed.

“It was good for both parties to have met, but it doesn’t detract from the emotional pain and trauma for everyone present,” Koen said.

She said Barry had for years wanted to meet with Pistorius before he became aware of the VOD process.

“That box has now been ticked. It is a very sensitive and private matter, and now [Barry] needs time to process. Nobody in that room could not have been affected,” Koen said.

Reeva, who had been dating Pistorius before her death, had spent the night at Pistorius’s upmarket Waterkloof home on Valentine’s Day in 2013.

During the early hours Pistorius shot Reeva through a locked bathroom door. 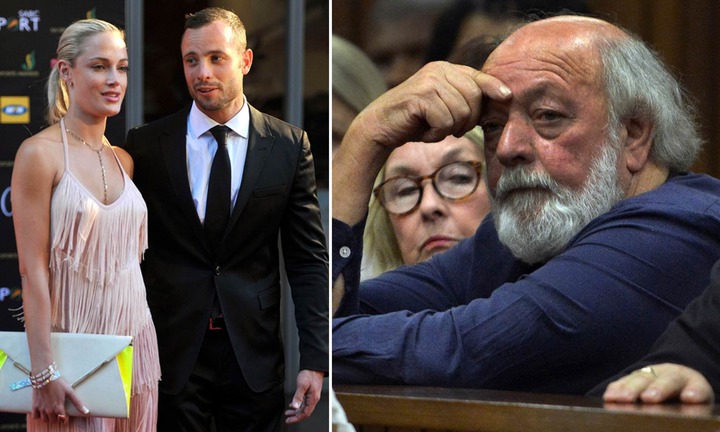 Pistorius claimed he had mistaken Reeva for an intruder.

In 2014, Pistorius was found guilty of culpable homicide, but in 2015 the Supreme Court of Appeal (SCA) overturned the verdict and convicted him of murder.

He was sentenced to 13 years and five months in prison.

Last week, the department of correctional services confirmed Pistorius had been transferred back to the Atteridgeville correctional facility to continue serving his sentence.

Department spokesperson Singabakho Nxumalo said Pistorius was in November 2021 transferred to St Albans for the purposes of the VOD.

“[The department] can now confirm that the VOD process has been fulfilled,” he said.

Nxumalo said participating in the VOD did not equate to an end of the sentence or parole placement.

“There is a need to emphasise that inmates are required to partake in the VOD as part of their rehabilitation path wherein they are able to acknowledge the harm they have caused to their victims and the society at large,” he said.

Koen said the VOD could be seen as a healing process for both parties and commended the department of correctional services for how they managed it.

Zwane Has Told The Truth About Chiefs After They Lost