After Serious Allegations, JubJub Was Fired From His Job 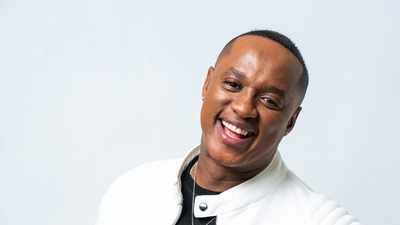 The rapper and presenter of Uyajola 9/9 on Moja Love, Molemo "Jub Jub" Maarohanye, has been suspended from all the programs he has aired on the station. This follows an interview she did this week on Podcast and Chill with MacG, which did not go down well with Skeem Saam actress Amanda Du Pont.

Du Pont revealed that Jub Jub raped and abused her for two years with her. He even threatened to take her to court to punish her for her actions.

Moja Love yesterday said it took the decision because it did not condone violence against women.

Speaking on her Instagram page, Amanda said, she became pregnant and had an abortion after being raped by Jub Jub.

"I had an abortion because I would not have had a child that I had been raped. The worst part was that I was still a virgin, and I told her at the time. I told Jub Jub that I wanted to keep my virginity because I planned to be a virgin until it was time for me to get married," Amanda replied.

He described Jub Jub as a person who was waiting for people to rape him because he was lonely. "He was raping me at home. I remember one day my siblings visited me after school, and he did this in the house so that I would not scream. I want people to know the kind of person I was dealing with."

Although Jub Jub said Amanda left him because he saw a newspaper with a picture of Jub Jub and the mother of his child, Kelly Khumalo.

In response, Amanda said it was nonsense but left Jub Jub because he had tried to kill her by strangling her.

"I was always afraid to leave him because of the threats he was making at the time he was trying to kill me."

Continuing Amanda said the mistake she made was not to talk about the incidents because she was afraid of Jub Jub's mother because she was dangerous and was on medication.

"But it has come to an end now. I will never be turned into a laughing stock by a criminal."

Amanda appealed to any lawyer to help her deal with Jub Jub.

Former Metro FM presenter and spokesperson for Arts and Culture Minister Masechaba Khumalo has also revealed that he was raped by Jub Jub.

“I believe in Amanda du Pont. Molemo Maarohanye (Jub Jub) raped me too. This happened at Mama Jackie's house in Naturena. He was my boyfriend. I was still a teenager, ”Machaba concluded.

The story began with a snapshot of Jub Jub's interview with MacGyver "MacG" Mokweba on a program broadcast on YouTube and Channel O, in which Jub Jub revealed that Amanda had left him because of Kelly's treatment. He also revealed that he had been living with Amanda for three years while she was studying at Afda.

"Everyone knows Kelly is using the drug and I think she used it with me to stay with her," said Jub Jub, referring to Kelly.