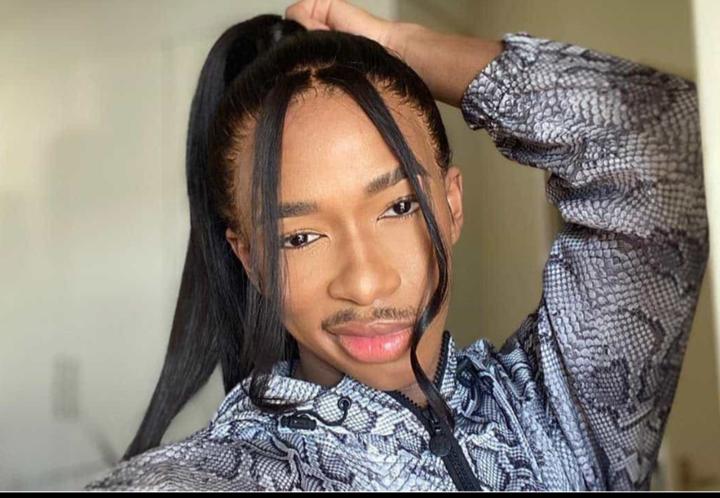 According to Chris Excel, a big portion of the entertainment industry is governed by gay men who are not even qualified for those jobs "in South Africa when you're a straight male. The chance of you getting a chance in the entertainment industry is 80% less compared to gay men. In South Africa when a straight man slips up and be homophobic, lose everything compared to gay men who commit the crime" said Chris Excel. 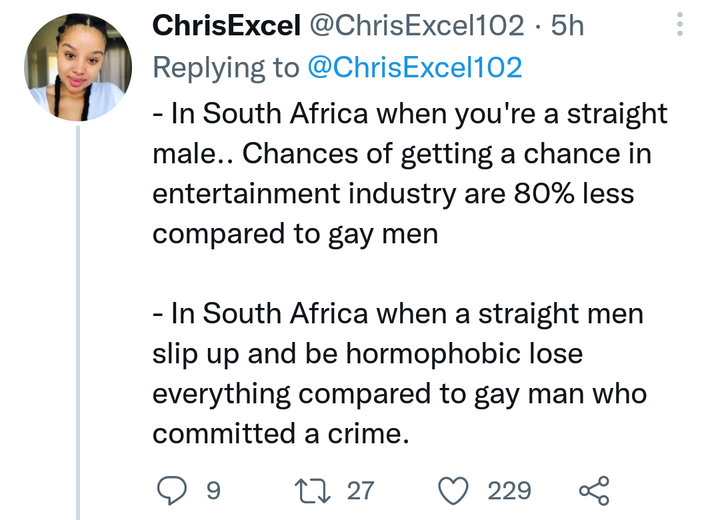 Laizwe and Chris are Enemies and after Chris said this, Lasizwe was touched and felt like Chris was he was talking to him because a few days ago Lasizwe was accused of robbing people their money and he is one of the famous television printers, but he does not qualify "Chris you and I need to talk...Ksnti whats your problem Ngami (with me)" sadly replied Lasizwe who clearly thought Chris was talking to him.

Twitter users hopped into the comment section to share their thoughts on this. The majority of Twitter users were saying that Chris is absolutely correct. "Being gay is a qualification I suspect" said a Twitter user. "Gay privilege is a thing" a Twitter user agreeing with Chris. "Because gays are rich and they control the world," said another Twitter user. 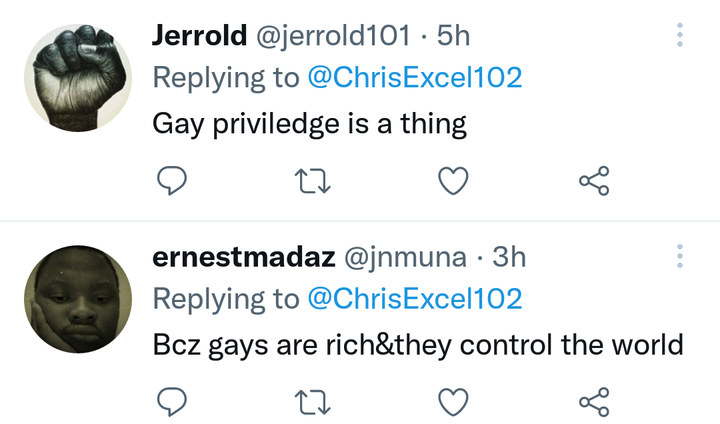