Wednesday's House of Zwide was a night of interesting developments. After bonding over the respective losses of their children Funani and Zwide had a moment where they expressed mutual affection and closeness, they feel a lot closer to each other. They both then attempted to seal it with a kiss before Nikiwe held Funani back stating that she did not want any drama with Funani and his wife, the evil woman Faith.

Good for her because Faith would have probably gotten her killed the way she did Onalerona's mother. Speaking about Faith she attempted to get Funani to forget about his daughter, Zobuhle to no avail. Funani told her she is selfish and spent the night at a hotel.

Loud mouth Mampho went to her former teammates to ask for a place to stay. Claiming to be pregnant, I was stunned to hear that she believes she will move in with the Zwides. I know most series have limited budgets and only have a few habitable locations but would Mampho really be allowed to stay with the Zwides if she is indeed pregnant?

The Zwides are rich surely they can afford to pay for her stay at a hotel. I can however, definitely see Funani insist on her stay. Funani is a person who cares a lot about family. Anyway her former roommates, specifically Nambitha allowed her to stay. 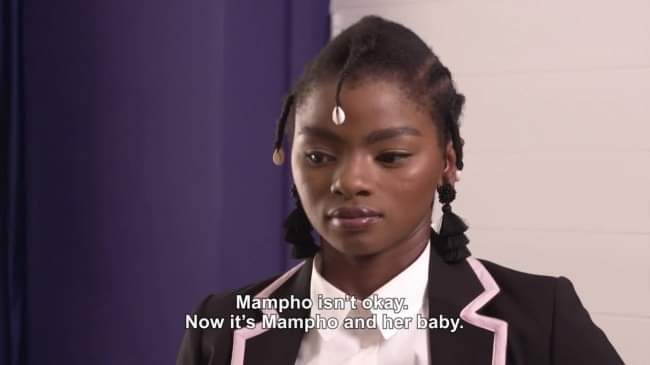 Shoki has taken a position of support to her boyfriend, Nkosi insisting that she will not allow Mampho to separate them like the last time. Crucially she does not believe Mampho is pregnant so it remains to be seem how she will react should Mampho end up being pregnant with Nkosi's baby.

Tomorrow is pregnancy reveal day. We will see what happens

House Of Zwide:Molefe Continues To Hide Isaac From The Family See What Will Happen