Who is He? High School Boyfriend 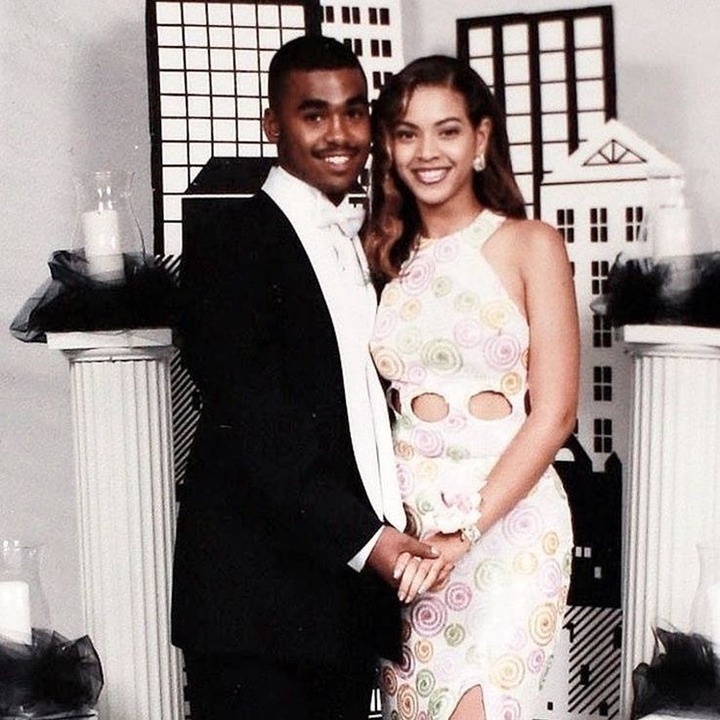 Beyonce dated her high school lover for almost a decade before breaking up with him when she joined Destiny's Child and began touring the world. Lyndall, on the other hand, knew from the age of 12 that a young Beyoncé was a control freak who was hell-bent on becoming famous.

They did 'child stuff' and went around during their romance, but at the age of 15, Lyndall cheated on the popstar by losing his virginity to another lady. They reconciled after a brief split, but Lyndall fell into the same trap and was disloyal once more. Beyonce began hanging out with Jay-Z in 2000, putting an end to an era of puppy love. 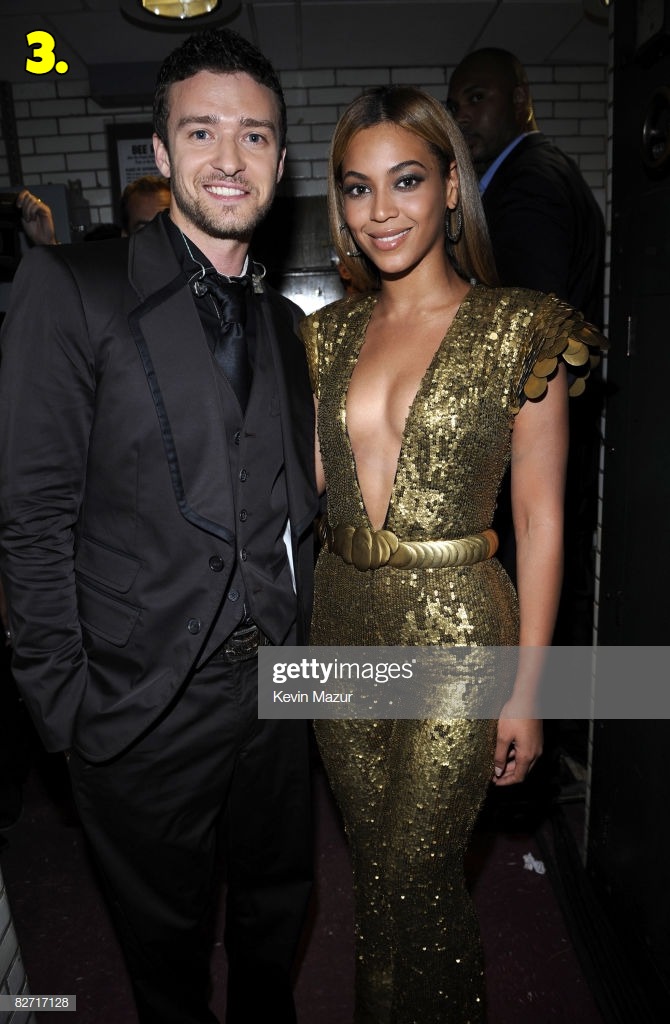 Justin and Queen Bey were believed to have kissed at one of the showbiz parties, but nothing came of it. Bey was in a long-term relationship that was coming to an end, and Justin was a young bachelor dating a variety of different women.

Who is He? Basketball Player 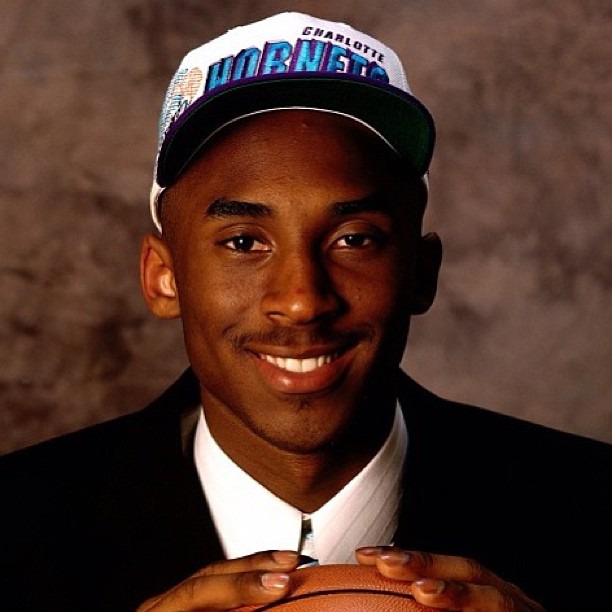 After appearing in Destiny's Child's Bugaboo video, Bey was linked to basketball legend Kobe Bryant. The pair, however, turned out to be little more than pals.

The two couples (The Bryants and The Carters) developed a close friendship over the years, and following Kobe's untimely death, we saw Bey console her friend Vanessa at Kobe's memorial. 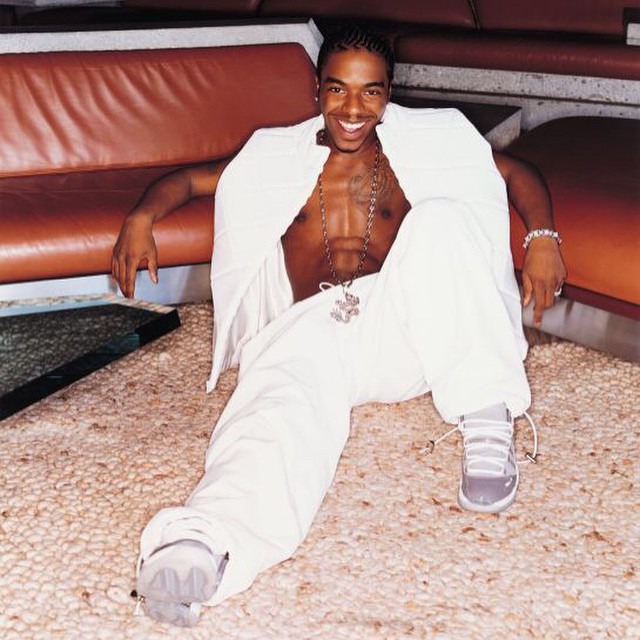 When Beyoncé and Sisqo co-hosted the 2000 MTV VMA Awards in similar ensembles, suspicions about their ultra-close relationship began to circulate.

The couple appeared to be quite happy together and were said to spend a lot of time together. However, nothing came of this flirtation, so we're chalking it up to a well-executed publicity gimmick to boost the burgeoning star's profile.

Who is He? Singer & Producer 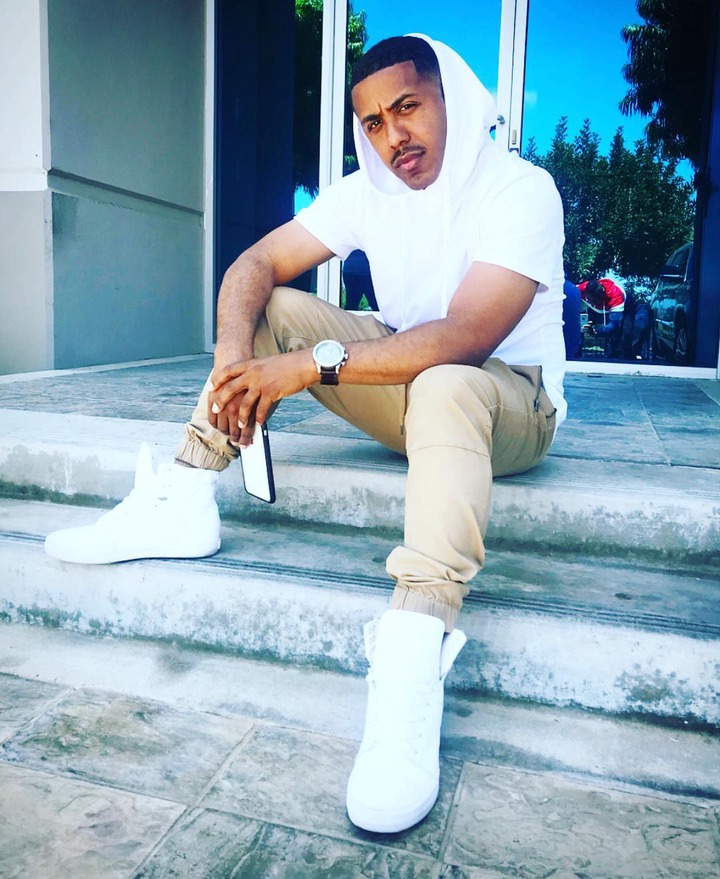 Before becoming famous, Beyoncé met Marques Houston when they were both 16 years old, and their love blossomed from there. He recognized Bey's star potential and was anxious to collaborate with her on new tracks.

He was supposed to be her boyfriend at the time, but Marques stated in an interview that they were always "just friends." As they both hold their cards close to their chests, we'll never know if these two were romantically connected.

Who is He? Rapper 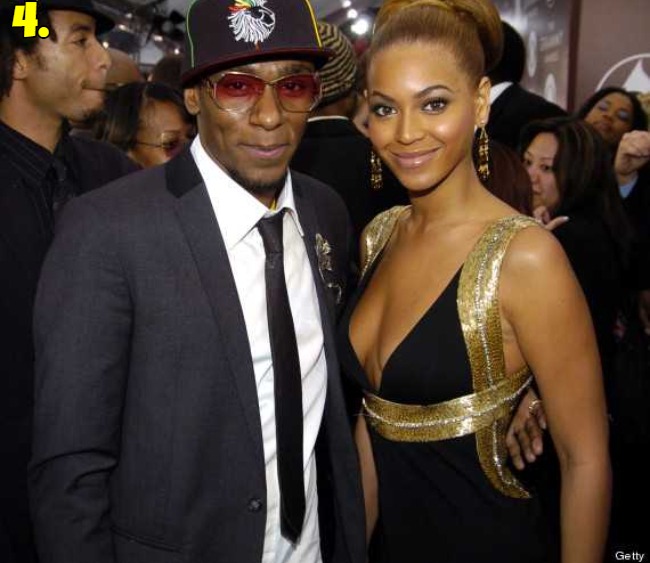 In 2001, Queen Bey was linked to hip-hop superstar Mos Def, with speculations claiming that the two had a brief romance before she married her husband Jay-Z. But, once again, it was all rumor, with nothing further to back up the claim that the two even dated.

Who is He? Singer & Producer 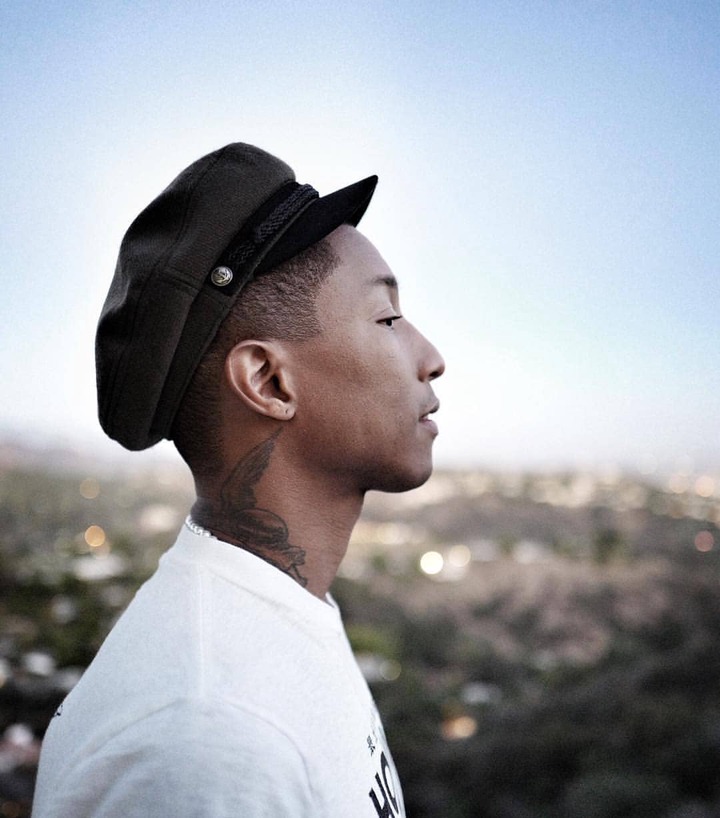 The prominent celebrity was previously linked to Pharrell Williams before meeting the love of her life. According to a person close to Bey, they were both dating and deeply in love with each other.

When asked about their relationship status, Pharrell disclosed that Beyoncé was dating one of his close colleagues and verified that their acquaintance was completely professional. That friend was most likely Jay, but Pharrell made it clear that he didn't want to discuss her business with him. How devoted! 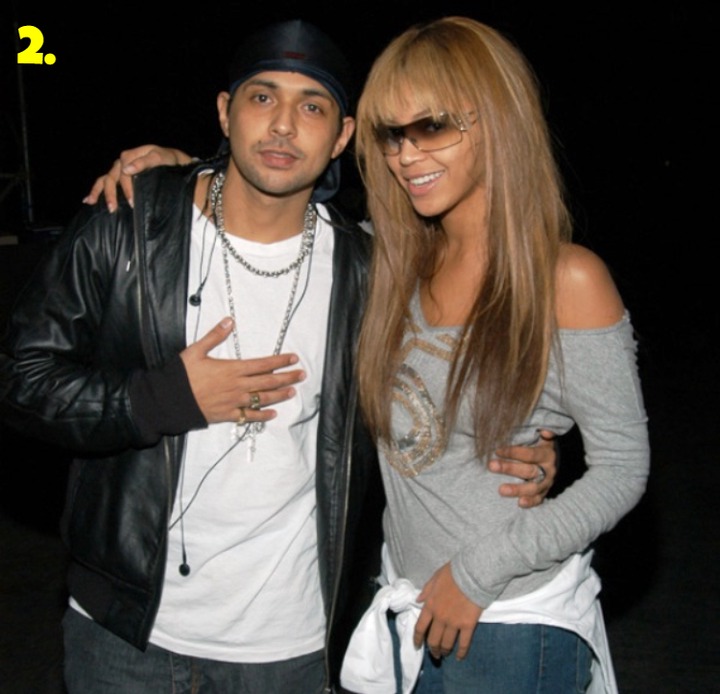 Beyoncé and Sean collaborated on the infamously hit tune Baby Boy in 2002, sparking dating suspicions. However, this was strictly a professional connection.

Sean was ecstatic to be a part of such a big song and collaborate with Beyoncé, whom he described as "extremely focused." Sean Paul stated in an interview that he would love to work with Beyonce again, potentially on a Baby Boy sequel - fingers crossed on that one!

Who is He? Rapper & Entrepreneur 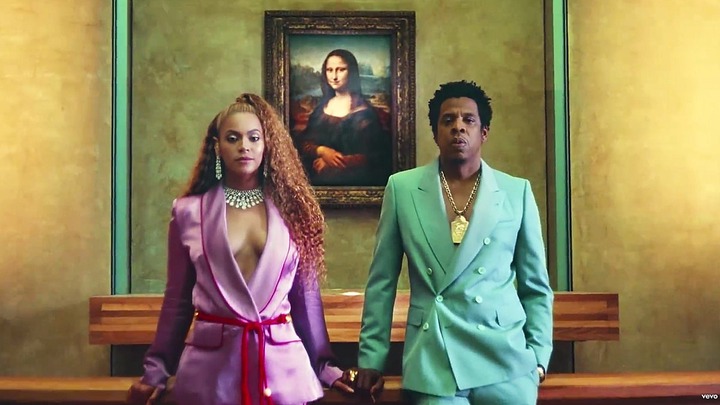 When Beyoncé and Jay first met in 2002 (when she was 18 and he was 30), he had a huge influence on her and helped her grow into the best-selling female musician of all time. The couple mostly had a "phone relationship" for the first year and a half of their relationship, spending lengthy hours talking and getting to know one other over the phone. It was an important aspect of forming the firm foundation of their affair, Bey later told Oprah.

After working together on Bonnie & Clyde in 2002 and Crazy in Love in 2003, it became evident that the lyrics were about their relationship. The power couple was spotted together everywhere in 2004 but refused to disclose that they were dating. It wasn't until their red carpet appearance at the 2004 MTV VMAs that they publicly revealed their romantic relationship to the rest of the world.

The couple married in a secret and low-key wedding in 2008, and the renowned couple has had their fair share of ups and downs since then. In 2010, Bey had a miscarriage, but in 2011, she announced that she was expecting their first child, Blu Ivy, whom we now know.

Everything seemed to be going well in the Carter household until the 2014 elevator incident, in which a video of Solange (Beyoncé's sister) punching Jay-Z surfaced. While we'll never know for sure what this celebrity feud was over, we believe Solange learned about Jay-infidelity. Z's The release of Beyoncé's visual album Lemonade poured gasoline to the infidelity fire. 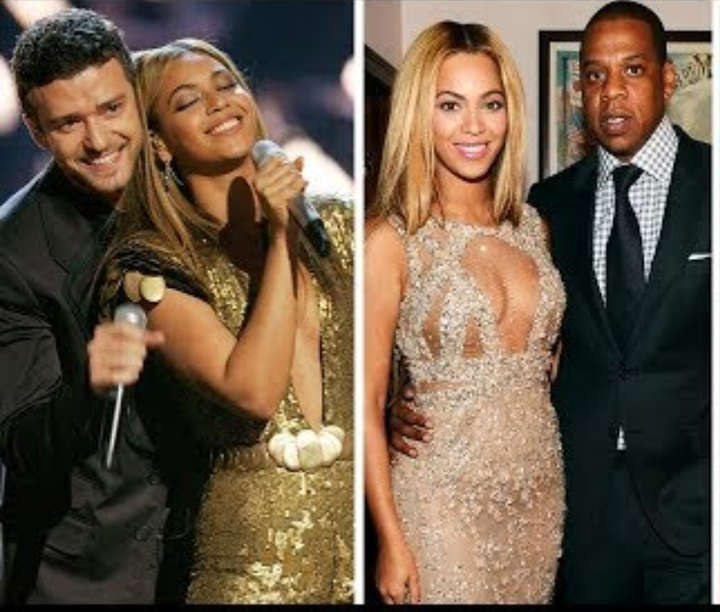 Everything was well in the Carter household again after the news of their expecting twins Rumi and Sir in 2017, and it appears that Queen Bey forgave her beau for his betrayal, and they've been building their love story ever since.

The Carters are the ultimate power couple who have demonstrated that they, too, face challenges — just like everyone else! They've shown that with love and respect, they can overcome any obstacle that comes their way.

Do you think one of Beyoncé's reported love relationships would have been a better fit for her? Let us know which of Bey's boyfriends you think would be best for her in the comments section below.

Eat well with the recipes inside