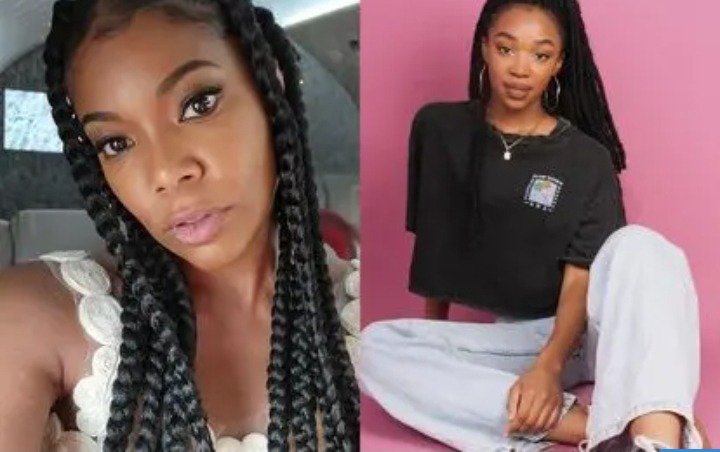 Gabriel Union is an American Actress, she is one of the biggest black women to ever be great in the industry and Hollywood, she does not only have a successful career. She has a very beautiful little family with her husband Dwayne Wade and daughter Kaavia James Union Wade. 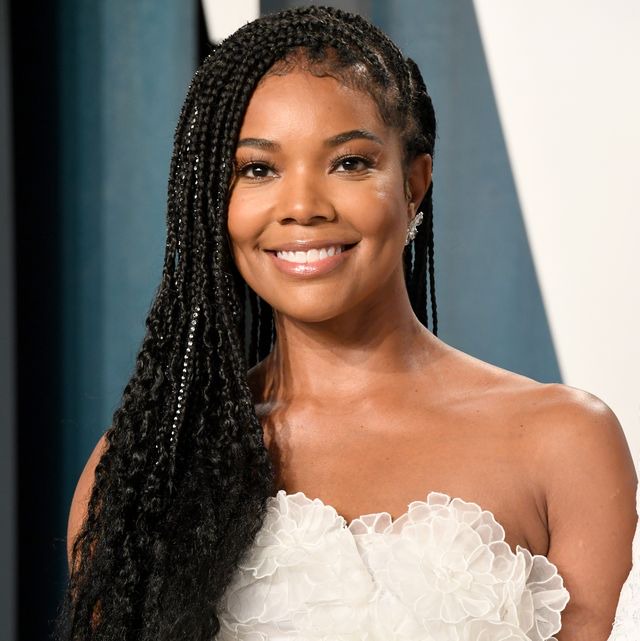 The 48 year old is an inspiration to many women because of her consistency, hard work and inspiration, Gabriel is also a successful Author. Her biggest come up was when she starred as Marry Jane on Being Marry Jane series. She showcased her on a medical series Bad Boys and on,

Tyler Perry's directed movies. Being Marry Jane Star has shown so much love for Blood And Water, the South African school series has catched everyone's attention all over the world. The American star detailed everything about Khosi Ngema even the slightest details.

Khosi Ngema is a South African media personality, Actress and model. She starred on Blood And Water as one of the lead actresses called Fikile Bhele where her little sister was on a mission to prove that she was indeed her long lost blood sister. 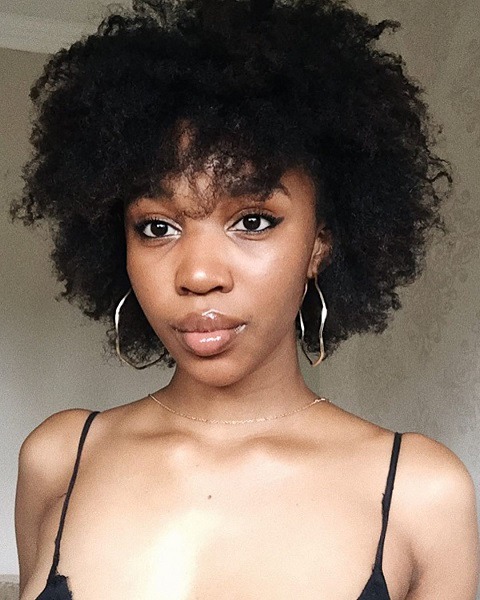 Union complemented Khosi for moving to Western Cape in Cape Town for the filming of Blood And Water from her home Province Gauteng.

She said Khosi Ngema was her #WCW on 29 September Wednesday. Gabriel wrote on her Instagram about how Khosi Ngema who plays as Fikile Ngema on Blood And Water as a 21 year old who is killing the game and commends her natural acting skills.

Union admired Ngema's spirit for doing great in the industry not only on Blood And Water but on her music and modelling too.

Its amazed Gabriel that Khosi is only 21 and she is already killing the game and said her passion for art is motivated her to be her better self. 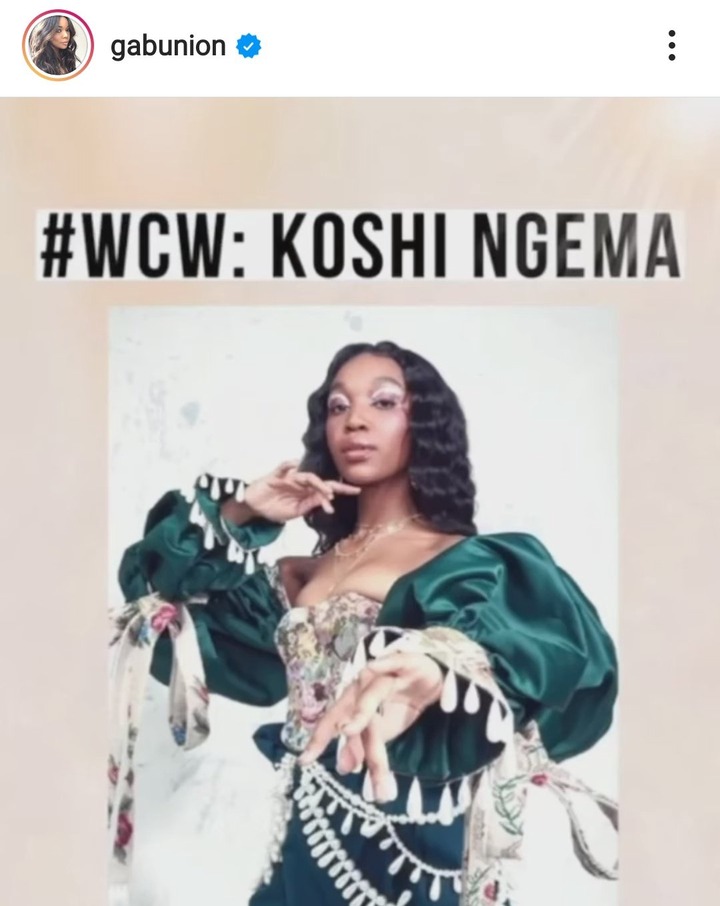 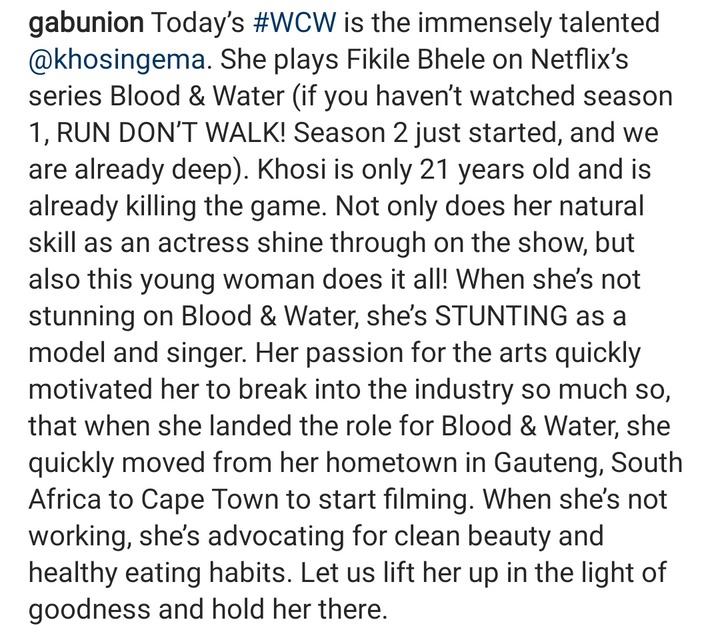