Meet the man who Minnie Dlamini allegedly cheated with 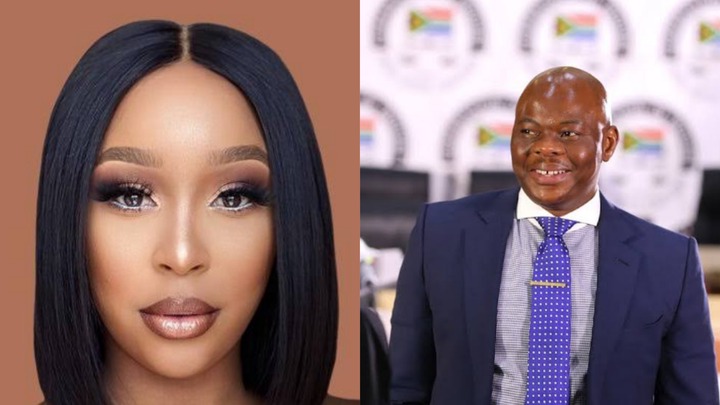 Controversial blogger, Musa Khawula, revealed the man with whom the Homeground presenter cheated immediately after revealing the true cause of Minnie Dlamini's failure to estranged husband Quinton Jone today.

Khawula claimed in a tweet that has nearly 5,000 likes that Minnie was seeing Sodi while married to Jones and that Sodi used his private jet to entertain Minnie and her friends.

MORE ON THIS: Mzansi reacts to the real cause of Minnie Dlamini and Quinton Jones' divorce

While Minnie is still in a divorce battle with her now-ex-husband, Sodi was previously reported by News24 in March 2022 for assaulting his estranged wife Nthateng Lerata and a male friend at their Brynston home.

The owner of Blackhead Consulting allegedly attempted to shoot the male friend, but the gun jammed, prompting him to flee to his Sandon home.

Sodi surrendered to the cops and later appeared in court, where he was granted R150 000 bail.

Lerata and Sodi had an on-again, off-again relationship during which Sodi had children with other women.

In the affidavit submitted to the court during the case, they claimed to have been married in customary law, but that turned out to be false.

However, in February of this year, Sunday World reported that Sodi was engaged to Nokukhanya Zulu, a businesswoman, and social media influencer.

According to the publication, Sodi had already sent a delegation to the bride's Zulu family to ask for her hand in marriage.

Quinton and Minnie have been trending on Twitter all day after it was revealed that Minnie had cheated in their soon to be over marriage.

Four Types Of Foods Every Woman Should Eat Regularly To Boost Their Fertility.