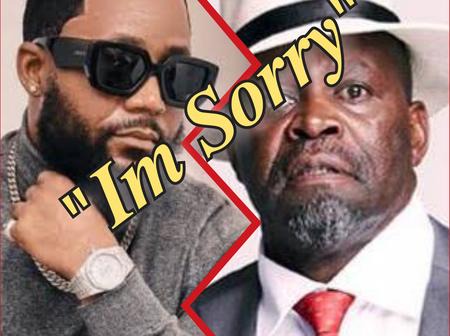 Following the unexpected death of Patrick Shai, the entire nation of Mzansi has been plunged into sadness. Ntate Patrick Shai, a veteran actor, director, and activist, committed suicide today at his home in Los Angeles. The reasons for his decision to commit suicide have not been revealed at this time, though. A large number of people, however, believe that his untimely death was caused by a disagreement he had with Cassper Nyovest. 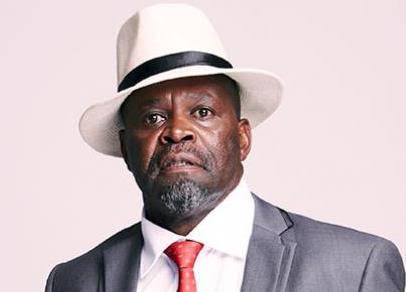 The actor, who was previously recognized for his performances in Generation, 7de Laan, Skeem Saam, and The River, gained widespread attention just a few days ago when he posted a video on social media in which he insulted Cassper Nyovest and his family.

Before I die, I want to make certain that I've beaten you so that on my tombstone they can write, "This is the man who defeated Caster, Costa, or whatever your name is." Patrick remarked angrily. He even said some swearing words about Casper’s mother. 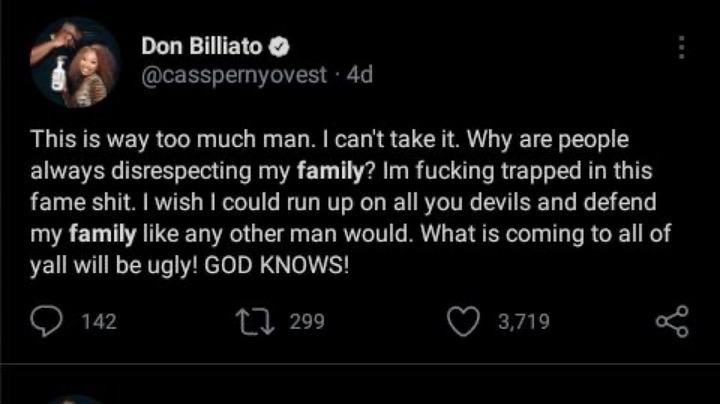 Cassper did not take this lightly and responded with a series of tweets in which he defended his family's actions. Tweeps also relentlessly dragged him through the mud, even after he apologized. 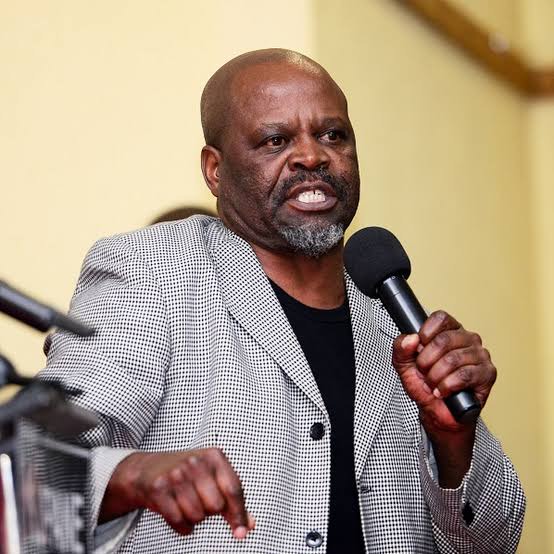 Following the news of his death, several Twitter users speculated that Patrick Shai was despondent and suicidal, and that the video was simply a call for help. Some, however, believe that the negative feedback he received on social media may have been the catalyst for his death. People on Twitter are now blaming Twitter for the death of Patrick Shai. Here are some of the reactions: 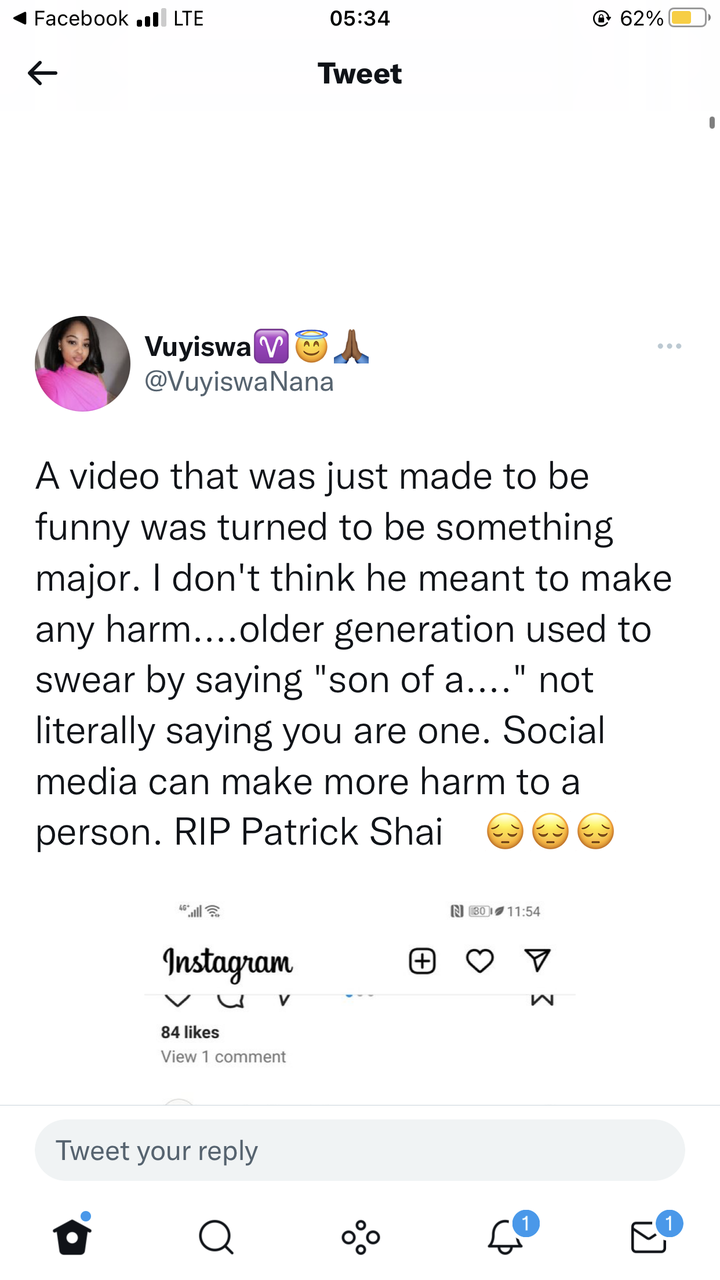 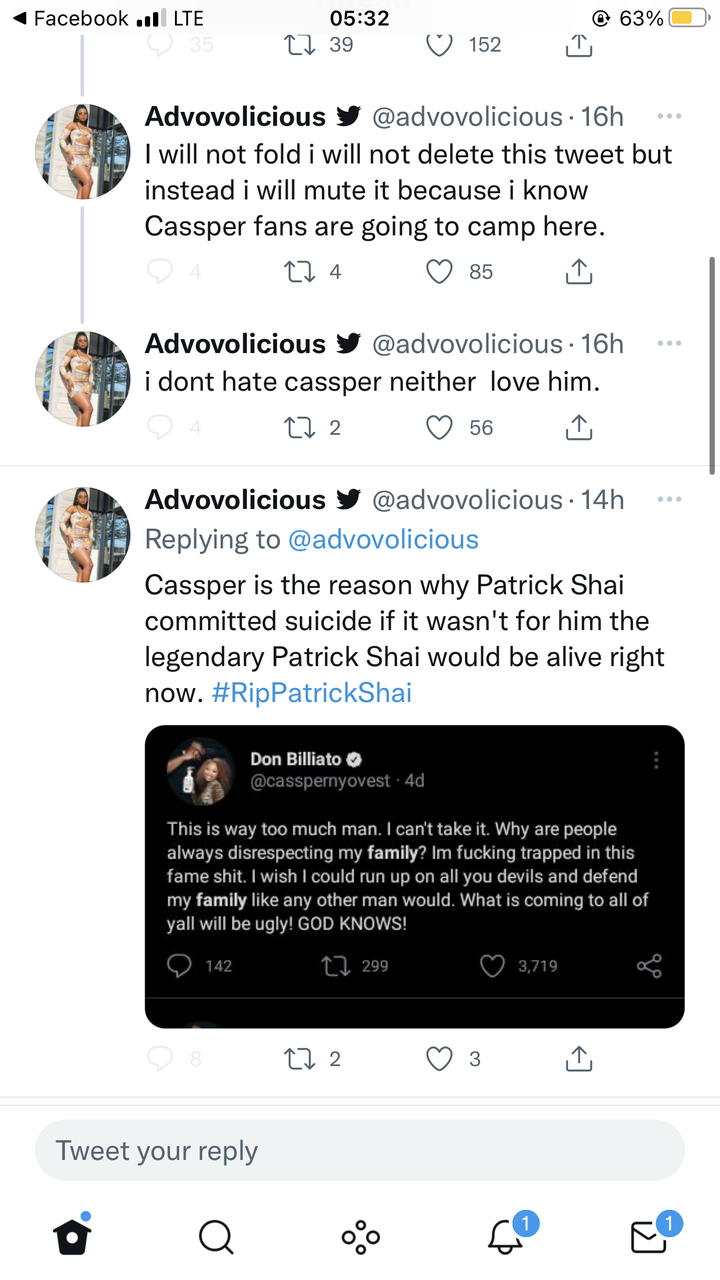 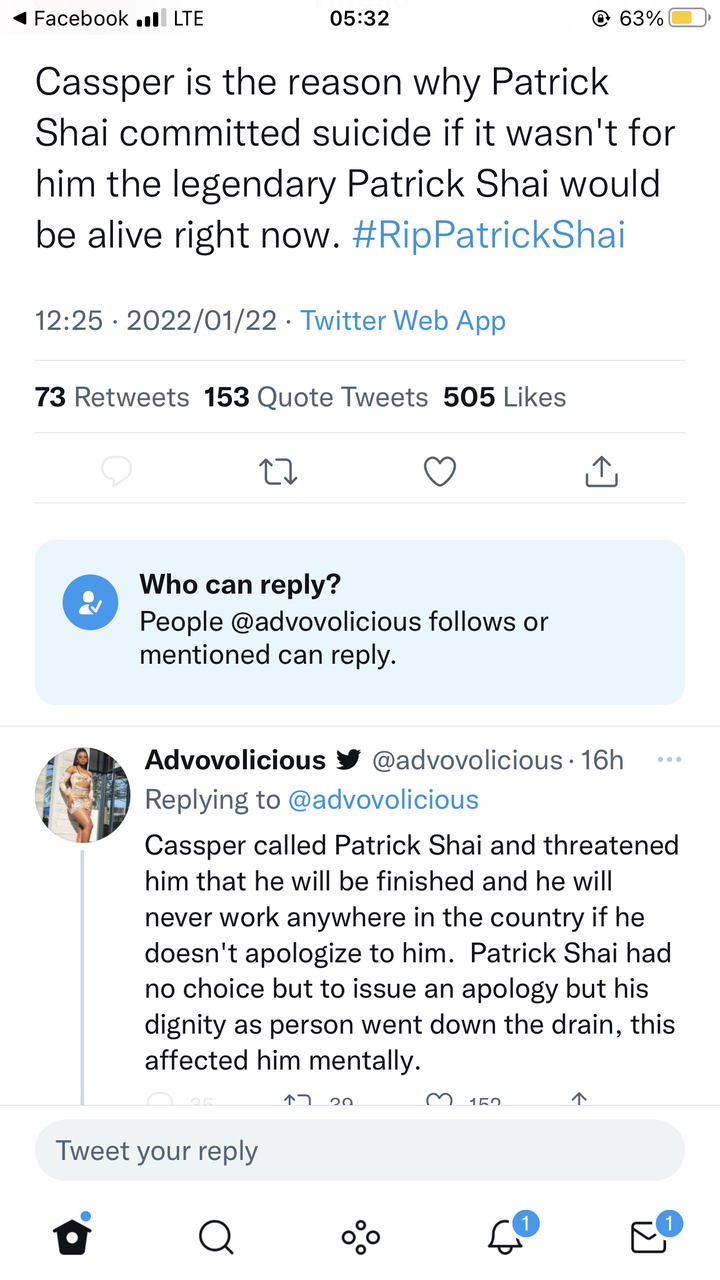 Traditionally, we were taught that when the elderly do something wrong or wrong you, you don’t respond. You just let it pass because they are the elderly. Even the bible says respect your elders so that God can bless you. Casper Nyovest did not respect his elder, on his reply to the video he said some swearing words. This might be a bad omen for him.