By RefilweBoipelo (self media writer) | 7 months ago The actress and tv personality revealed her pregnancy this morning on social media on a sexy pregnancy photoshoot.

Natasha Taahne who rose to fame when she appeared on the well-known SABC1 TV drama Skeem Saam. She was noticed by many has the beautiful and always happy individual. Natasha was then featured on Areece music video and rumours swirled that the two were dating however it was just speculations.

The actress was allegedly funded by the government to go pursue her acting studies in the United States, that did fire back when Natasha spilled the beans on MacG's podcast that she was funded the one million rand by the government. She did catch a stray of bullets on Twitter where the public attacked her saying she needs to be investigated and she needs to return the money for less privileged kids who can't afford to pay for their tertiary fees.

Natasha has quite been on the low after she trended on social media for dating the well-known soccer star Thembinkosi Lorch. The pair were dating privately until the Twitter "investigaters" put them out there on the spot. Natasha had posted pictures of herself on cacation last year, she was wearing sunglasses on the picture and on on them was Lorch's reflection.

Lorch also had posted pictures of himself at the same location as Natasha so as they say "the cat was out of the bag", that is when the couple came out to let the public know that they indeed were dating.

After a hectic day for Natasha as she trended again on Twitter for her career not being on the same level as the South African award winning actress Thuso Mbedu. Natasha decides to rub away all the negativity and bless us with her cute pregnancy pictures. Congratulations to her and her partner. 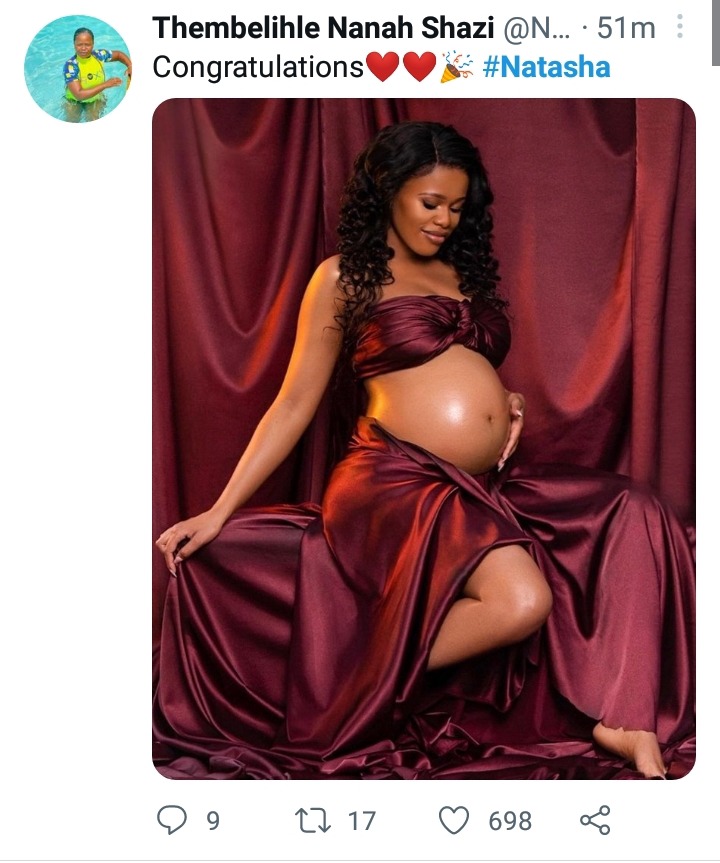 Content created and supplied by: RefilweBoipelo (via Opera News )

Finally| ‘Mnangagwa Fake History EXPOSED’ He Is Not Even A Zimbabwean, Just Mugabe’s Errand Boy