Along with being beauty moguls, reality television stars and modern-day style icons, the Kardashians are easily one of the most divisive families of the 21st century.

Love them or hate them, we can't help but talk about them. And that temptation extends to celebrities too. 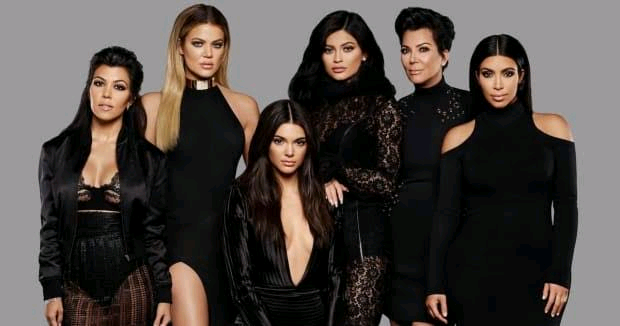 Here, I rounded up 18 stars who have openly shared their Hate for Kim Kardashian and her famous family. 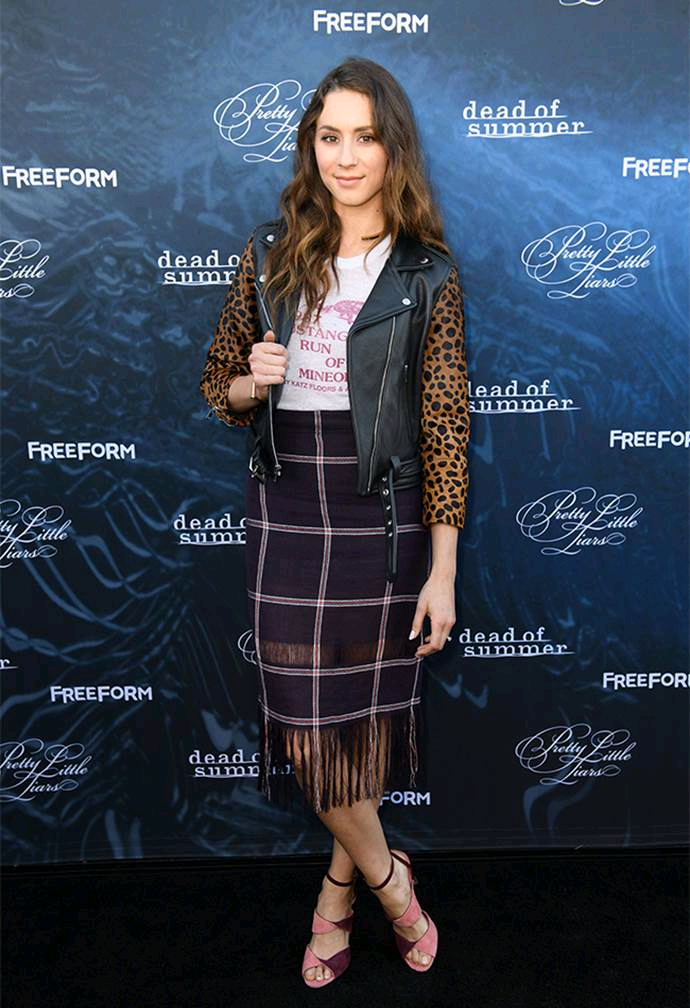 This Pretty Little Liars star is not a fan of Taylor Swift or the Kardashians."Oh God, I have such an aversion to the Kardashians because I literally don't understand people's obsession with them and I don't want to accept them as our closest thing to a royal family, so I guess I would be Team Taylor Swift? However, I'm so appalled by what I consider to be her false feminism. It seems like she's this person who's like, 'Sisterhood' and then she does nothing but tear down the women that were once her friends." 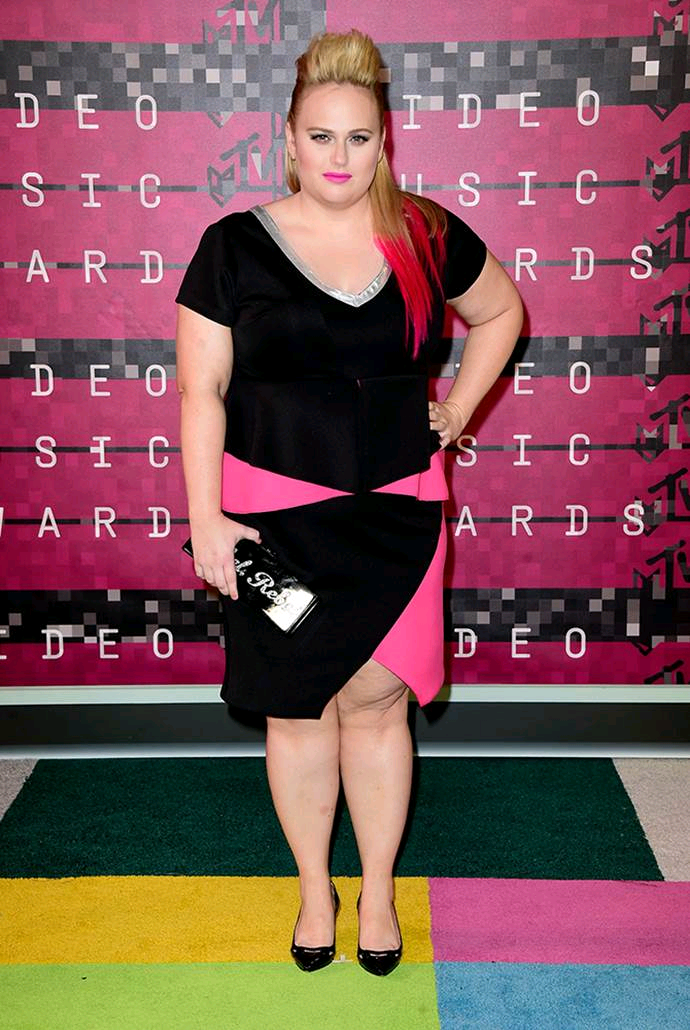 "It's not that you hate any of them individually, but it's just that everything they stand for is against everything I stand for. And they're not famous for talent," she told Kyle and Jackie O. 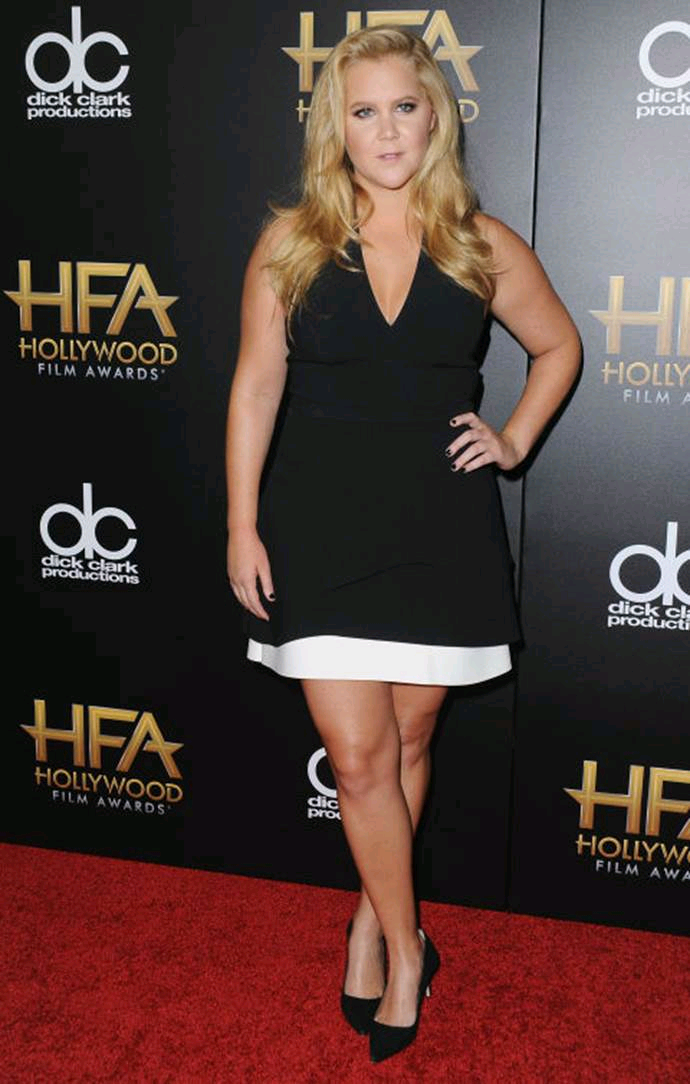 The Kardashian sisters were the butt of Schumer's jokes when she presented Saturday Night Live in October 2015. "Is that a great message for little girls, a whole family of women who take the faces they were born with as, like, a light suggestion?" 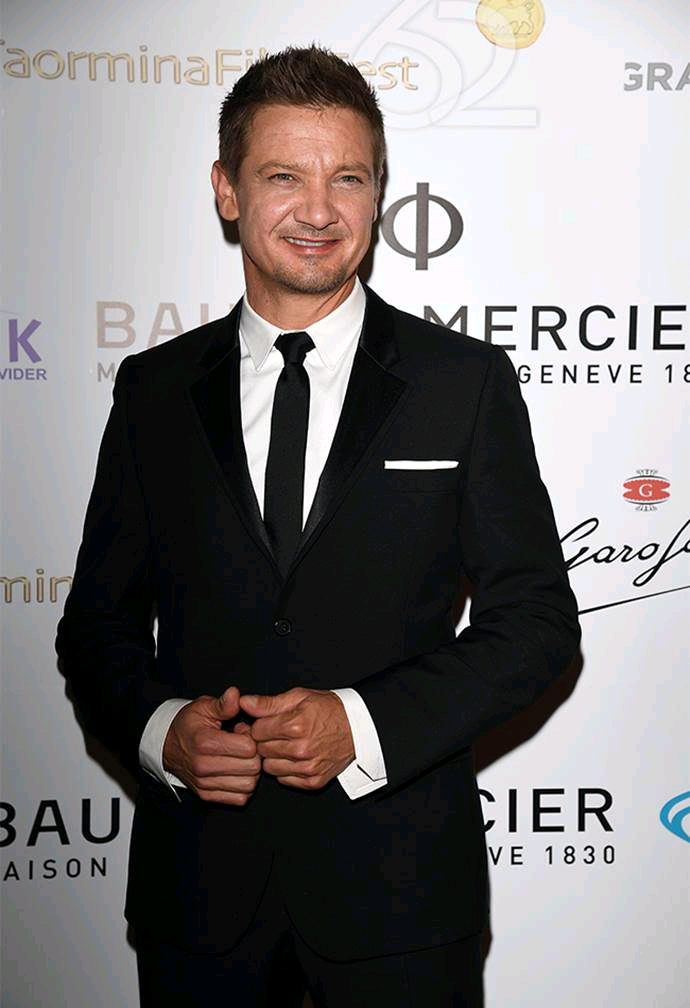 Speaking to U.K. paper The Guardian, the American Hustle actor had plenty to say when the word 'Kardashian' came up. "All those ridiculous people with zero talent who spend their lives making sure everyone knows their name. Those stupid, stupid people," he said, Safe to say, he's never spent a weekend binge-watching KUWTK (and has no idea what he's missing out on). 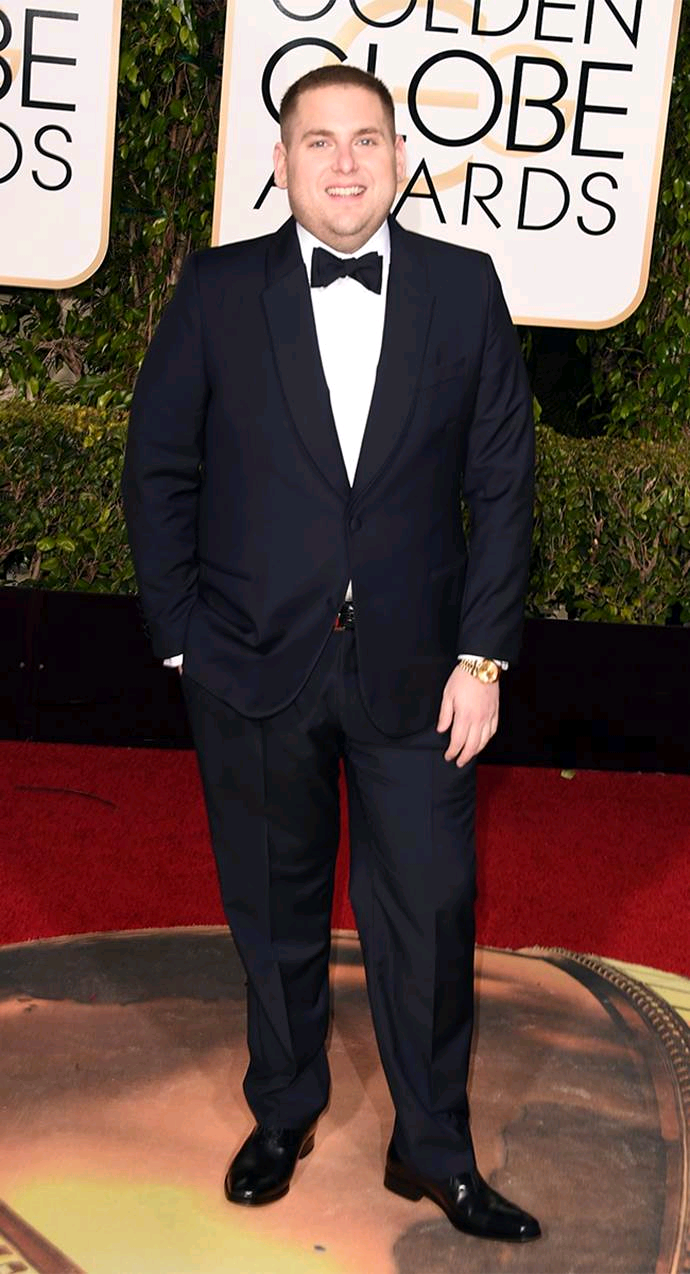 He's either a really, really big Mad Men fan, or… "The fact that the Kardashians could be more popular than a show like Mad Men is disgusting. It's a super disgusting part of our culture," Hill told The Huffington Post, "but I still find it funny to make a joke about it." 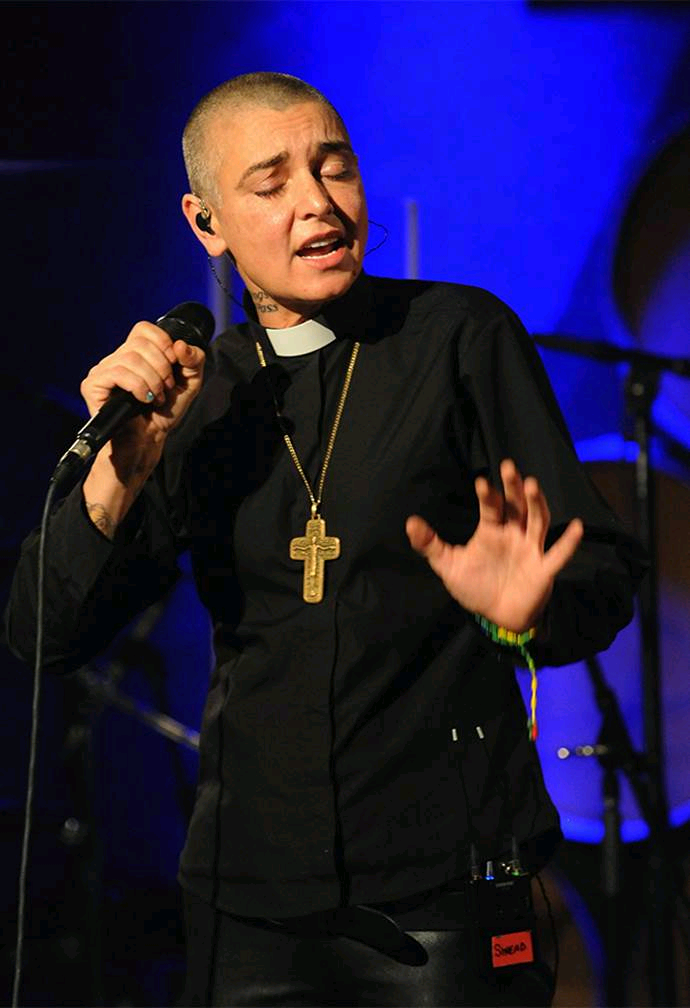 "What is this doing on the cover of Rolling Stone? Music has officially died," she posted on Facebook after Kim Kardashian's Rolling Stone cover came out. "Who knew it would be Rolling Stone that Murdered it?" 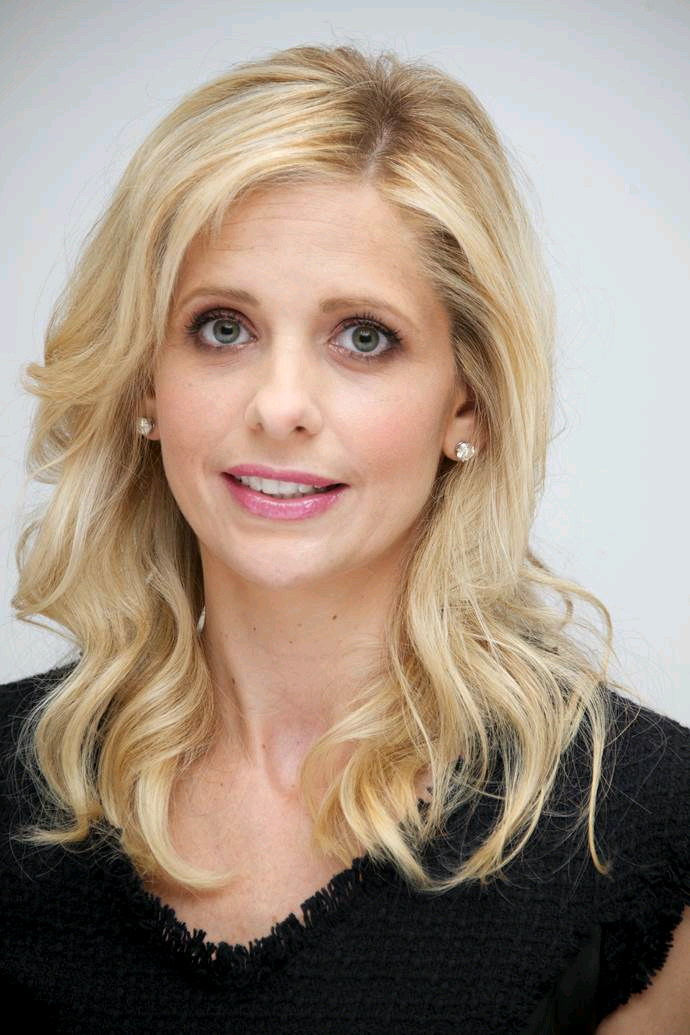 Buffy The Vampire Slayer took to Twitter when the first images of Kim and Kanye's Vogue cover hit the web. "Well......I guess I'm canceling my Vogue subscription. Who is with me???" While many Kardash-haters were, Kim's Jonathon Cheban retweeted Gellar's comment and added "Do u matter?". Buffy fanatics would argue that she does. 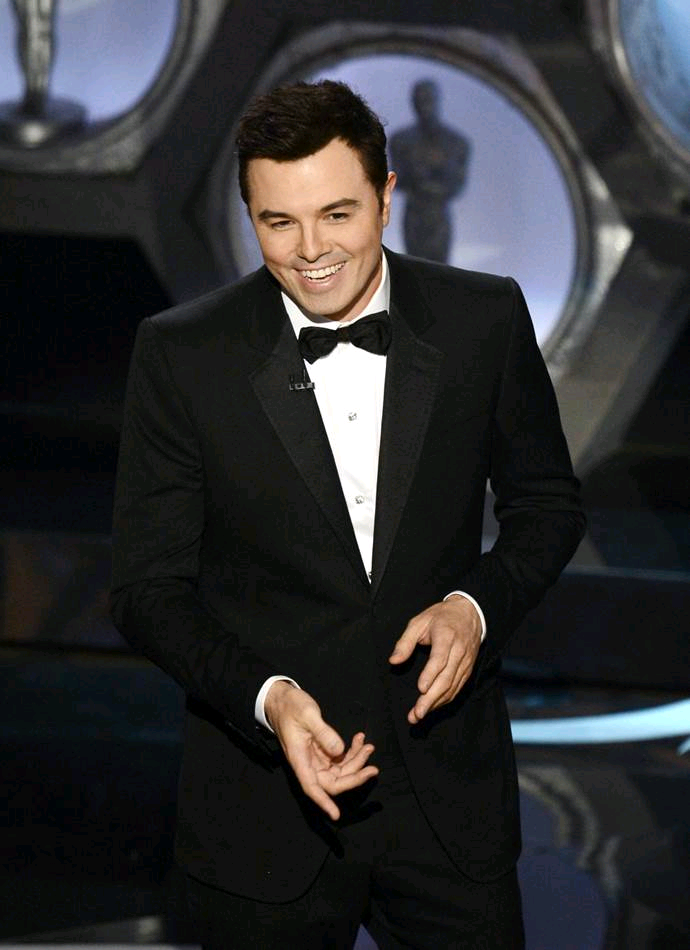 The creator of Family Guy hosted the Oscars back in 2013, and made a pretty obvious dig at the TV family when talking about nominated film Argo, "First time I saw him with all that dark facial hair I thought, my god, the Kardashians have finally made the jump to film." Poor Kim has also been the victim of Seth's Twitter account on numerous occasions. 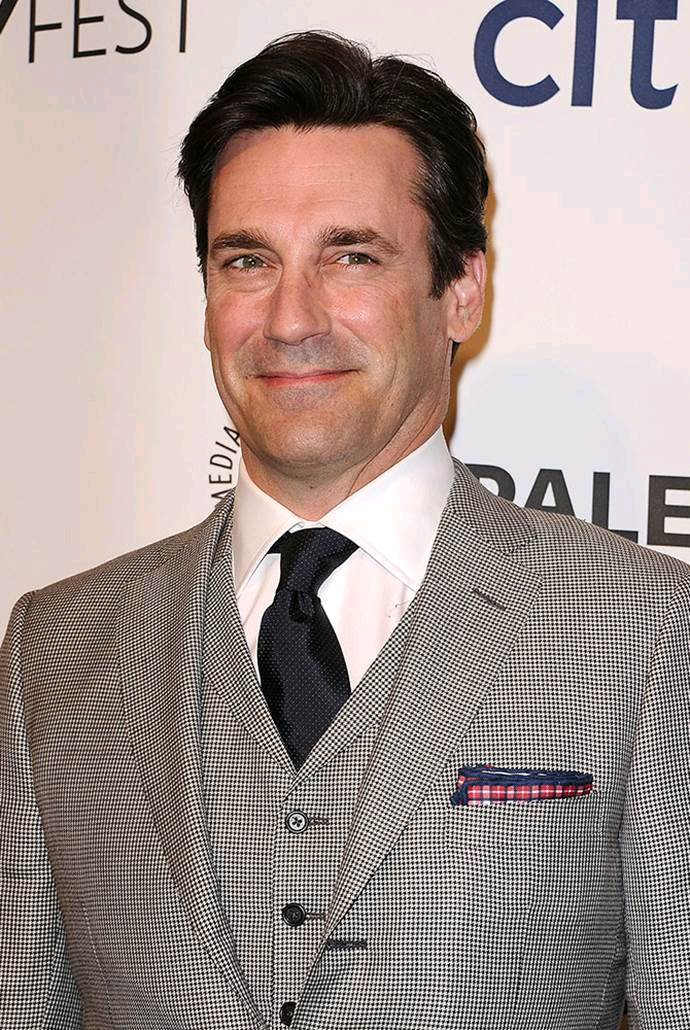 The Mad Men lothario has spoken out about how little he cares for the starlets of today, telling ELLE UK, "Whether it's Paris Hilton or Kim Kardashian or whoever, stupidity is certainly celebrated…being a f***ing idiot is a valuable commodity in this culture because you're rewarded significantly. ... It's celebrated. It doesn't make sense to me." 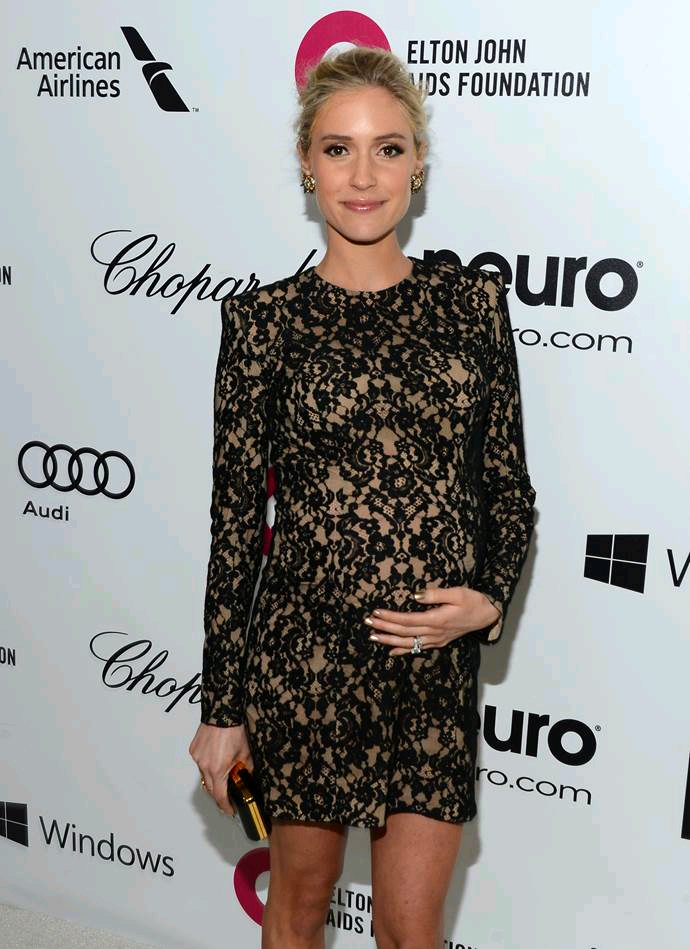 Despite being friends while Kristin dated her step brother Brody Jenner, Cavallari's relationship with Kourtney Kardashian soured when she allegedly caught Kristin and Scott on a date when the reality couple were 'off-again'. And when rumours broke that Cavallari was having an affair with Scott Disick, The Hills star accused the Kardashians of refusing to deny the rumours because they wanted publicity for their newest season. 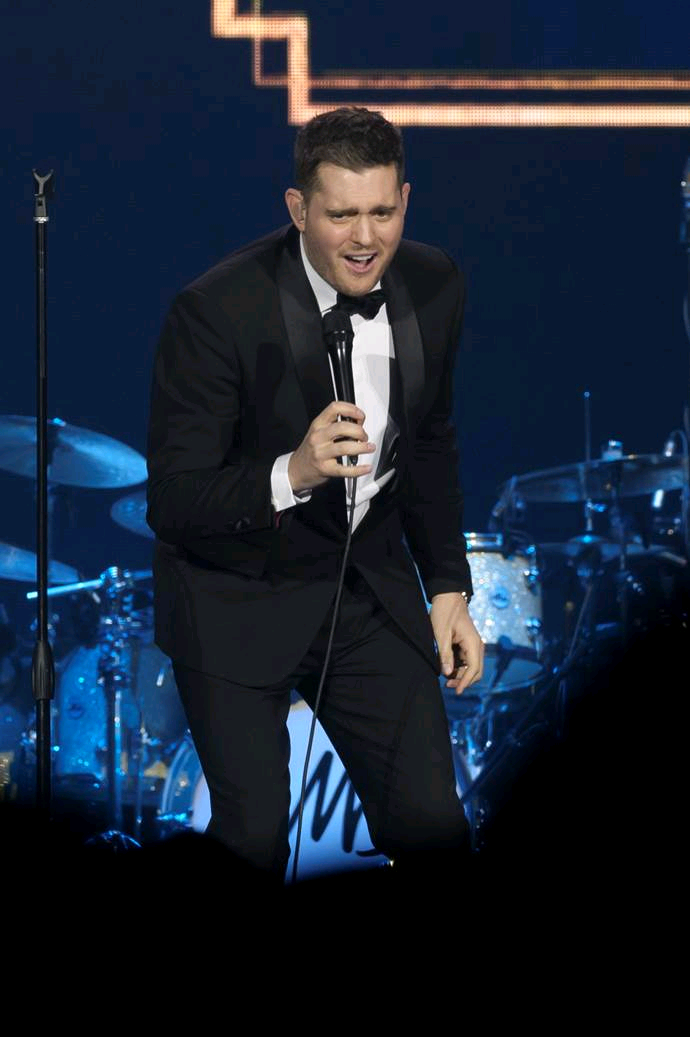 At one of his New York concerts in 2011, Buble shocked the audience by announcing, "Ladies and gentleman, I have a very special guest, please welcome Kim Kardashian." But before anyone could react, he added, "Just f**ing with you. That isn't coming on my stage," before dedicating a cover of Nina Simone's Feeling Good* to Kim's ex-husband Kris Humphries. 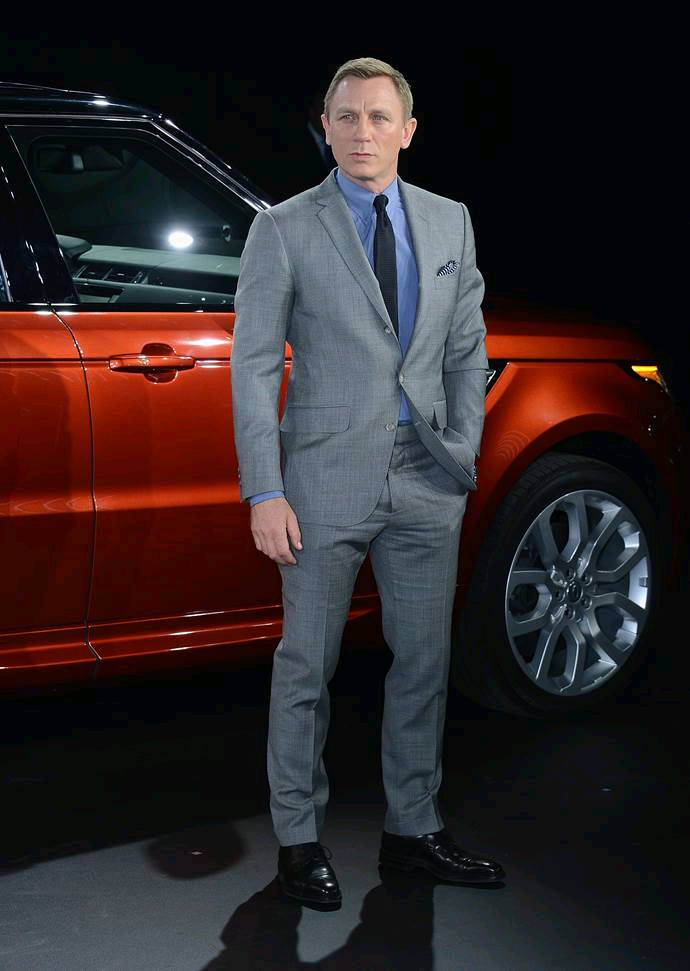 The latest 007, whose marriage to Rachel Weisz in 2011 went unnoticed by the press, slammed the Kardashians in an interview with British GQ. "Look at the Kardashians, they're worth millions. I don't think they were that badly off to begin with but now look at them. You see that and you think, 'what, you mean all I have to do is behave like a f***ing idiot on television and then you'll pay me millions?'" 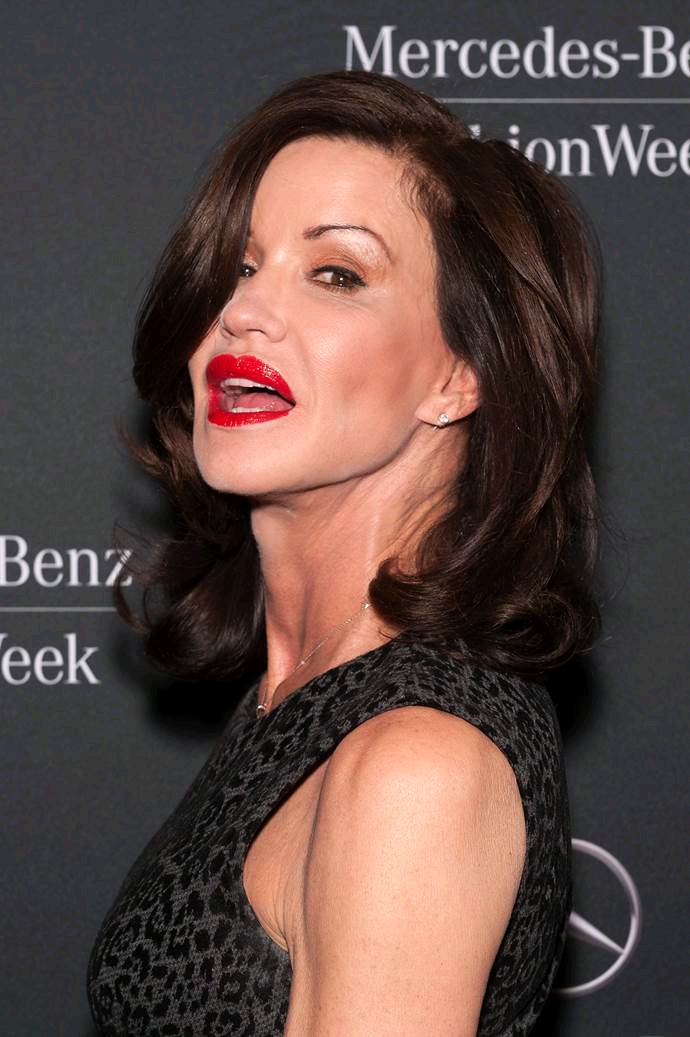 The Former model, and star of reality TV show America's Next Top Model, Dickinson unleashed a tirade onto the Armenian family. "Anyone that buys anything from anything from the Kardashians should be shot. They are not Americans. They are un-American. They are Anti-American." 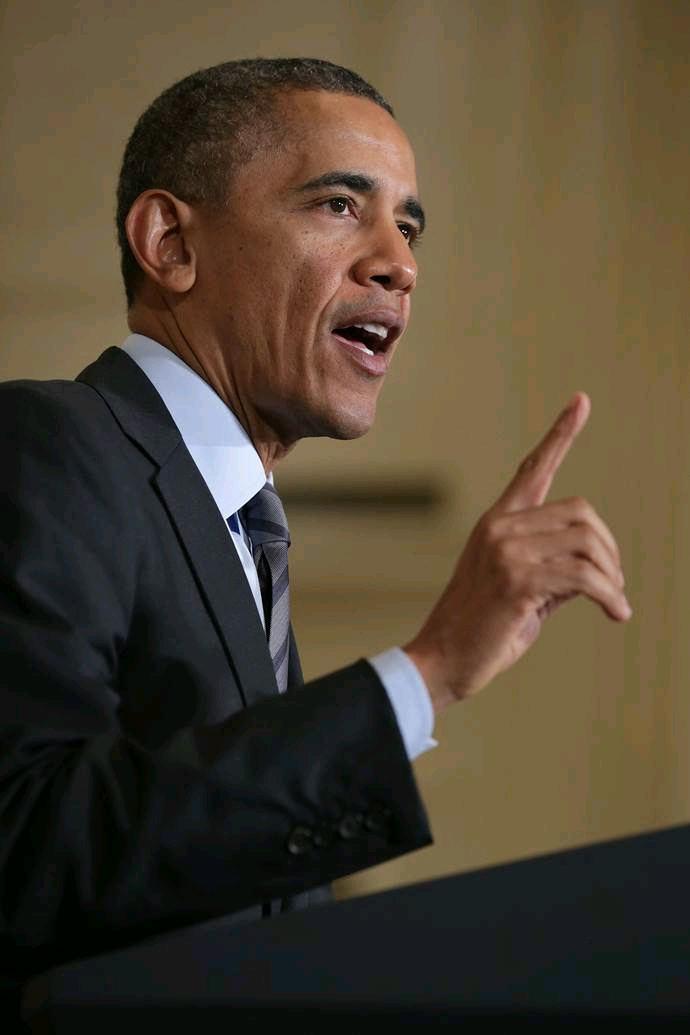 There's cause for concern when they guy who is running your country has something to say about your TV show (and it's not a good something). The former US President, remarking on how the idea of the American Dream had shifted over time, said: "There was not that window into the lifestyles of the rich and famous. Kids weren't monitoring every day what Kim Kardashian was wearing, or where Kanye West was going on vacation, and thinking that somehow that was the mark of success." Kanye was not impressed. 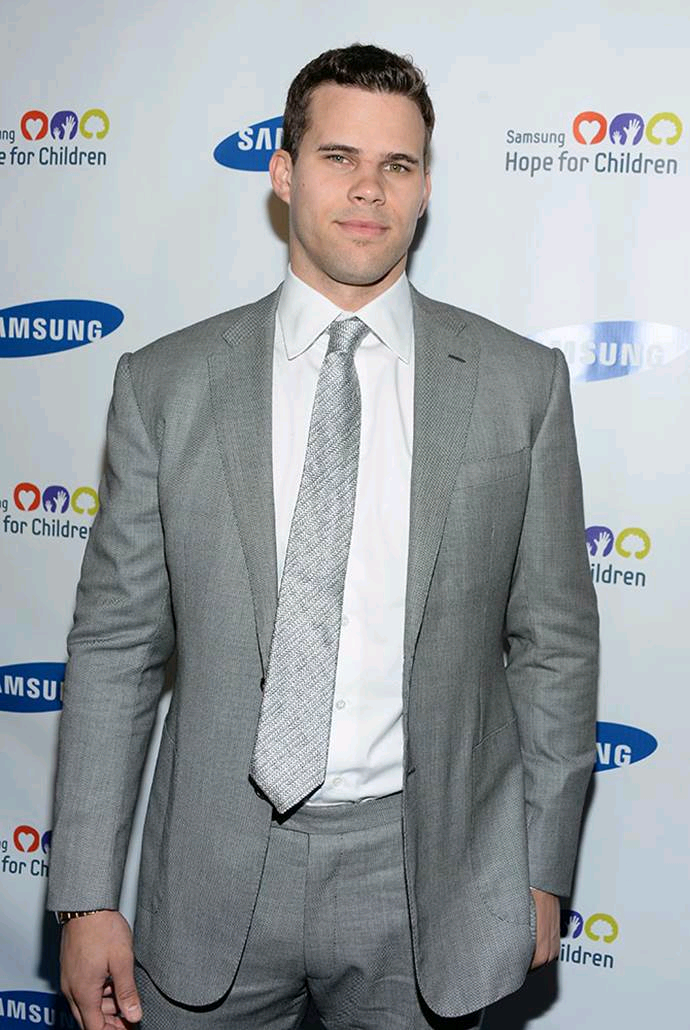 After their marriage lasted only 72 days, basketball star Humphries accused Kim Kardashian of fraud, arguing that the wedding was merely a publicity stunt for her TV show. Their divorce wasn't finalised until 2013, two years after Kardashian filed, and the disgruntled beau sold her engagement ring at auction for the tidy sum of $749,000. 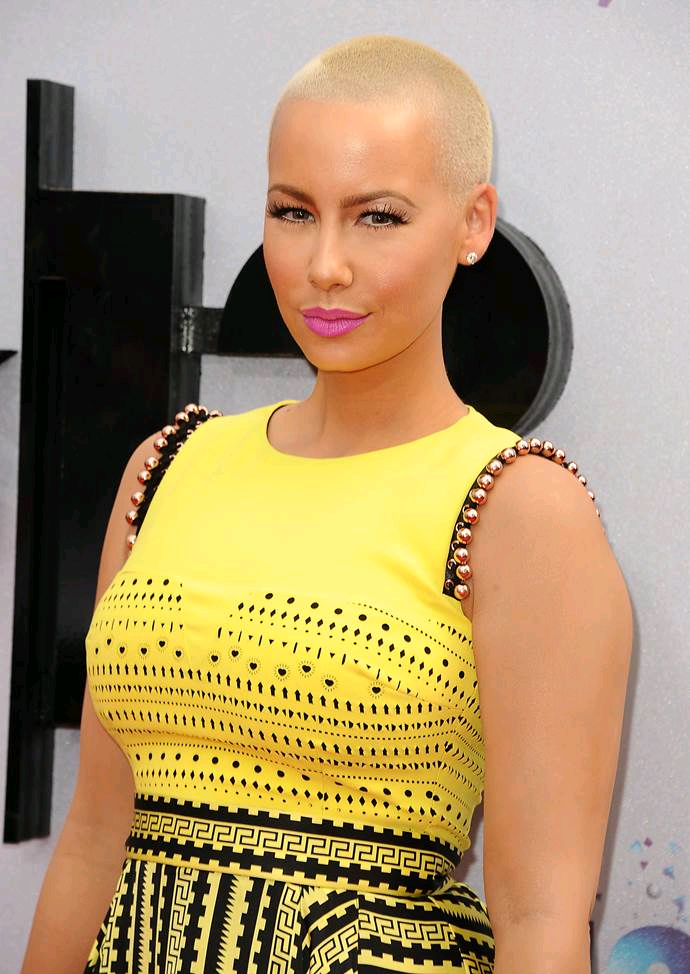 Kanye West's ex accused West and Kardashian of cheating on their respective partners before they got together (Kim was dating NFL player Reggie Bush at the time), saying Kim sent pictures of herself to Kanye. While none of it's been confirmed, Amber ended her rant on a lighter note, "I want to thank her. Because if she was never a homewrecker, then I never would have met Wiz [Khalifa, rapper], and I wouldn't be as happy as I am now." They've since split up. 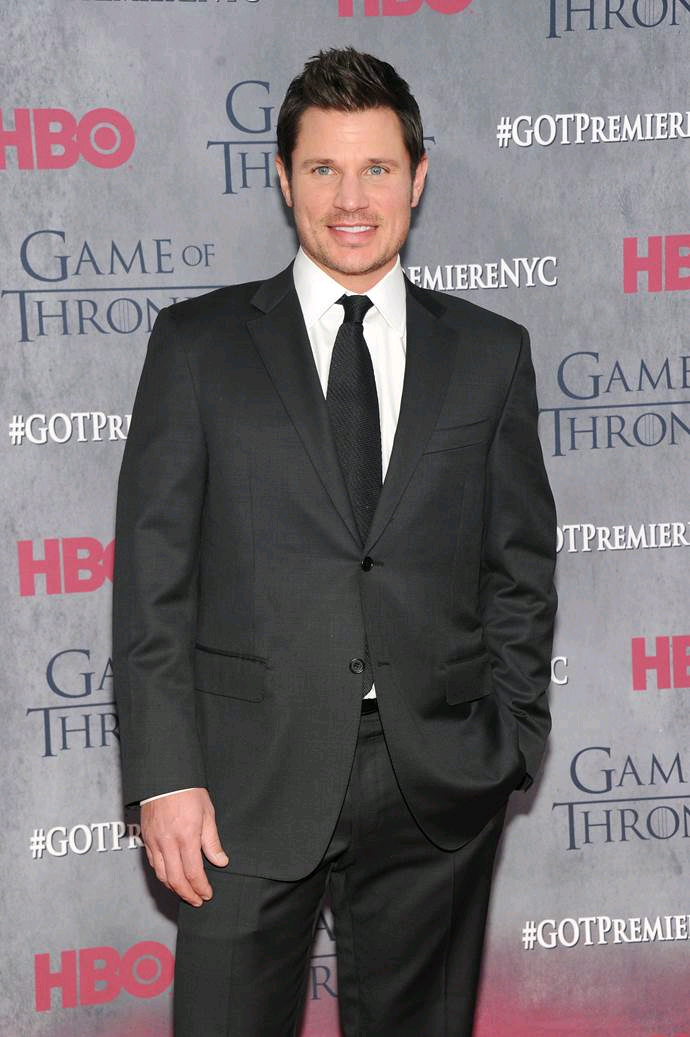 The 98 Degrees singer and ex-husband of Jessica "Chicken of the Sea" Simpson reckons Kim used his success to build her own profile. They pair 'dated' for a week and Lachey claimed: "Let's just say this. We went to a movie. No one followed us there. Somehow, mysteriously, when we left, there were 30 photographers waiting outside." 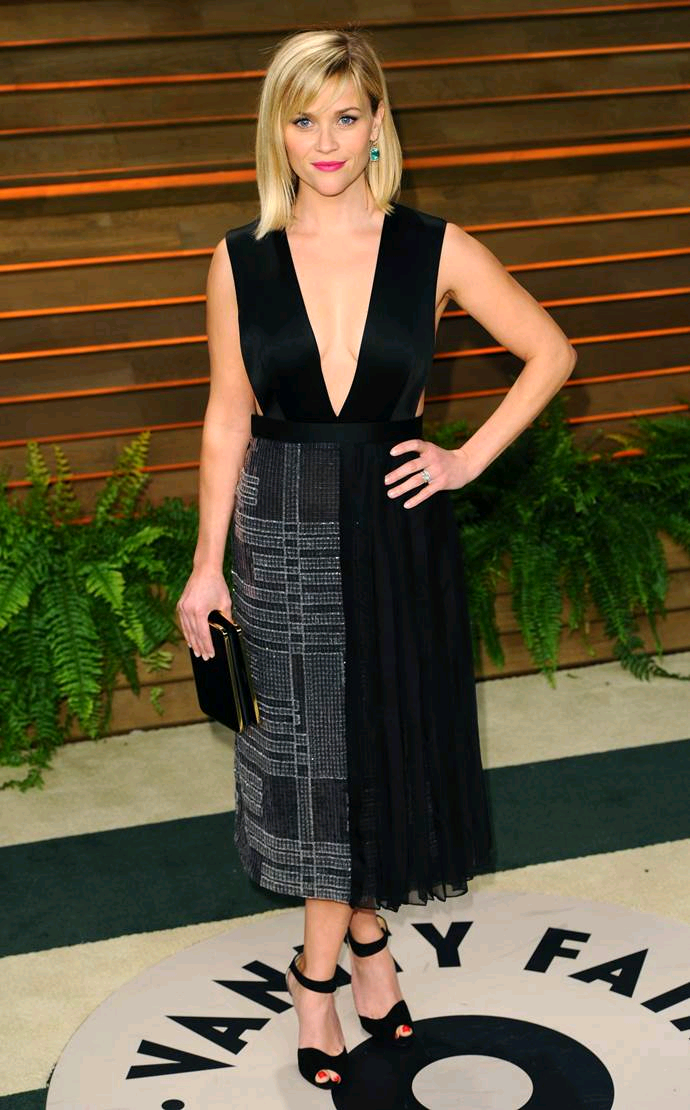 When accepting a Generation Award at the 2011 MTV Movie Awards, Witherspoon took an oh-so-subtle dig at the new gen of starlets breaking into the industry, "I get it, girls, that it's cool to be a bad girl, but it is possible to make it in Hollywood without doing a reality show. When I came up in this business, if you made a sex tape, you were embarrassed and you hid it under your bed." Sure sounds to us like it was aimed at Kim.