By MonaNews (self media writer) | 4 months ago

As a result of her alleged wrongdoing, Dineo Ranaka has been suspended from her duties at Metro FM. It's the Umlando dance challenge, in which men (and some women) shake their hips while bare-chested. The Bridge, her popular lunchtime program, was cancelled due to the harsh reaction. 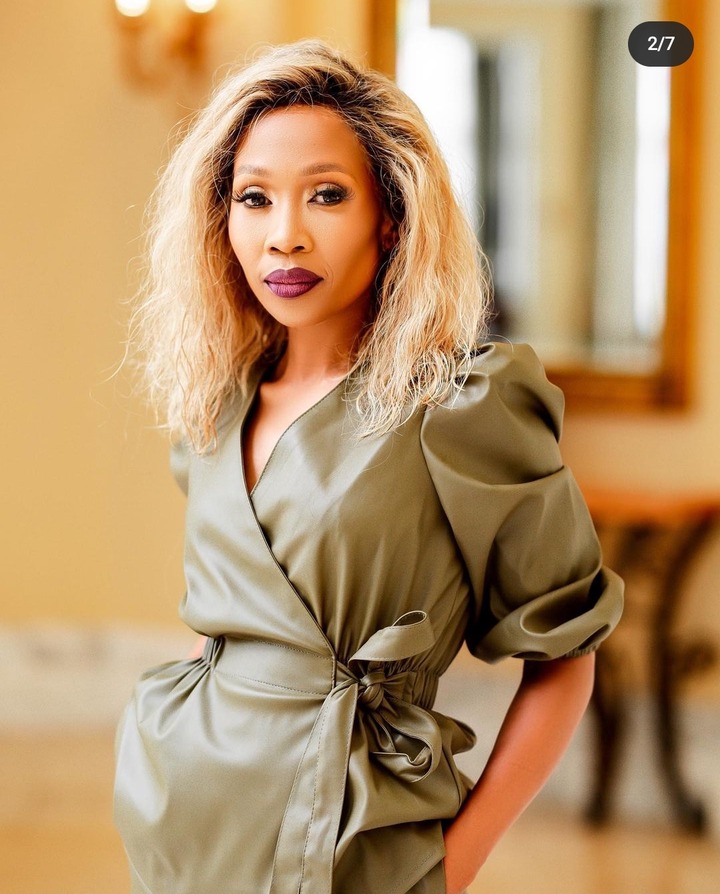 Have you ever considered leaping onto office furniture? A bad judgment might find you in hot water. Indecency is not tolerated by the SABC. Dineo posted a video of herself dancing on top of Metro FM studio furniture for the #UmlandoDanceChallenge. 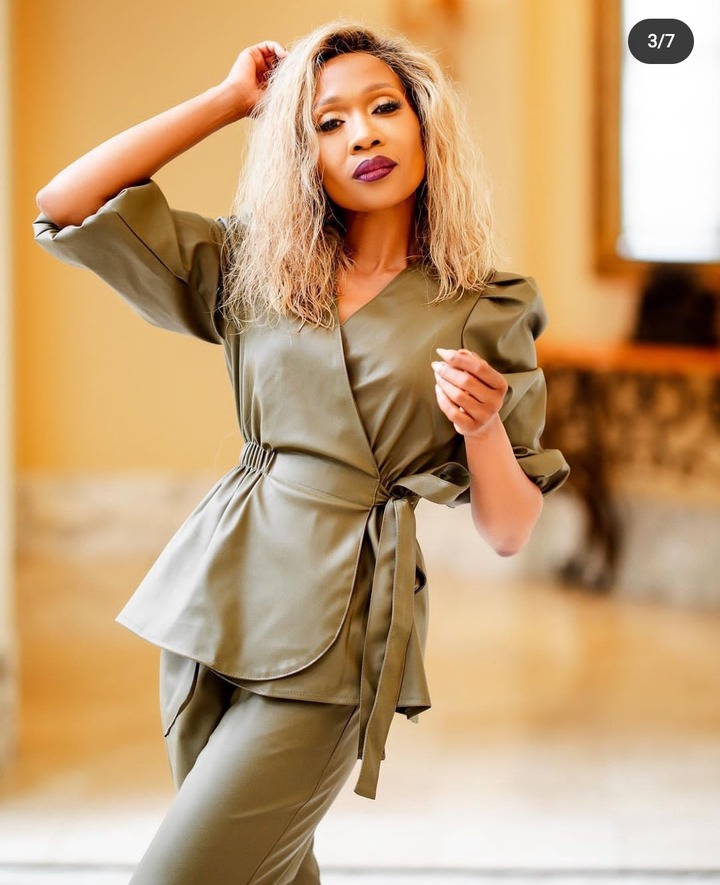 A screen recording of the footage was leaked on Twitter shortly after it was posted.

For the time being, Dineo Ranaka is not scheduled on Metro FM at this moment, and the SABC does not address things connected to its independent contractors in public, said SABC group executive for corporate affairs Gugu Ntuli to City Press. 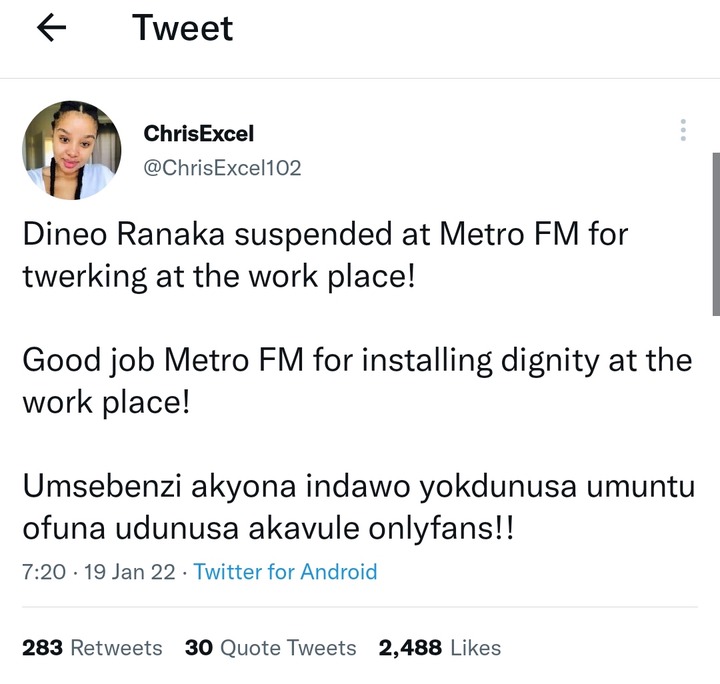 Some quipped that the station was seeking to get rid of Dineo.

A lot of people despise Dineo Ranaka because of her social media posts against her ex-girlfriend Sechaba Thole.

Dineo claimed she is divorced from her spouse and child's father and used Thole to recover herself.

The actress was caught on tape dissing Sechaba Thole by claiming she is bigger than him. “The issue is that you believe you know me too well. I cured you. Your ego was inflated by others. Rise and shine. My ego dwarfs yours. Doubtless you'll feel anxious when I awaken and enter your life. Dineo, The thought of calling you causes me worry. Then she stated devil has a headache when she wakes up.

Then there's the fact Dineo refused to pay an influencer for her firm LuvDr. However, Dineo agreed to pay the influencer R1000 instead. 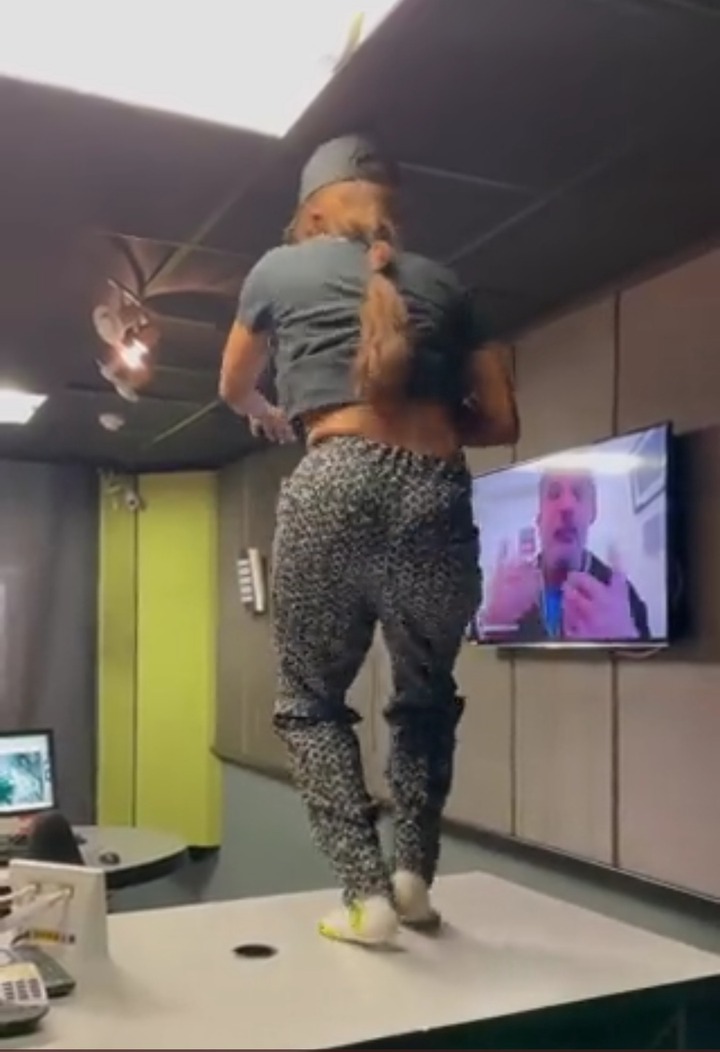 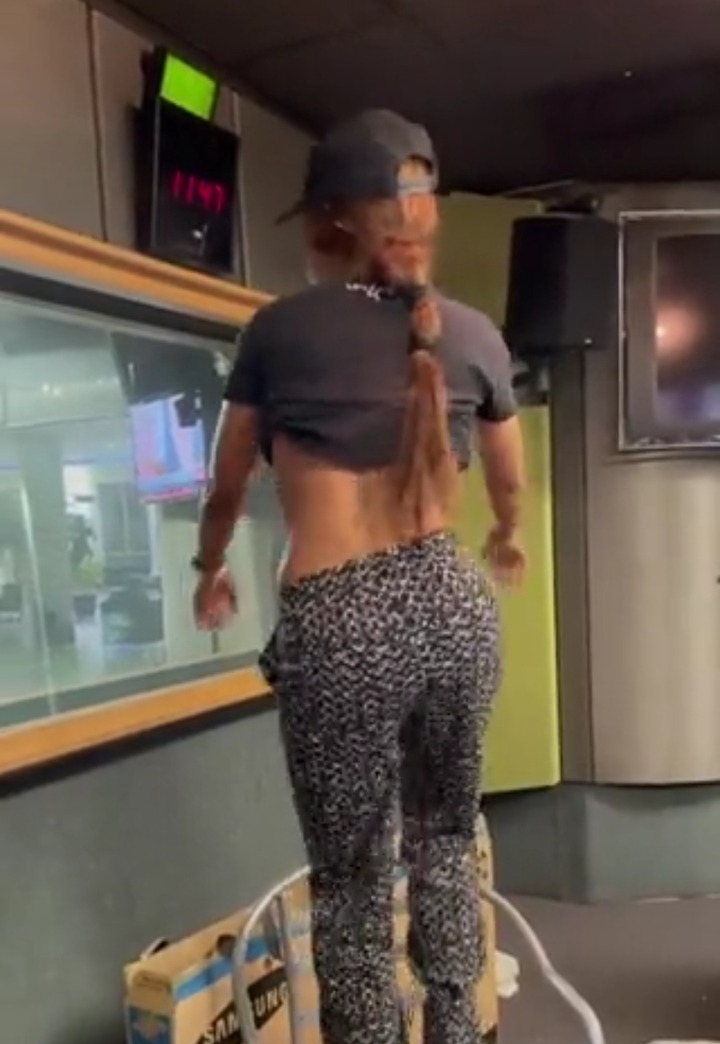 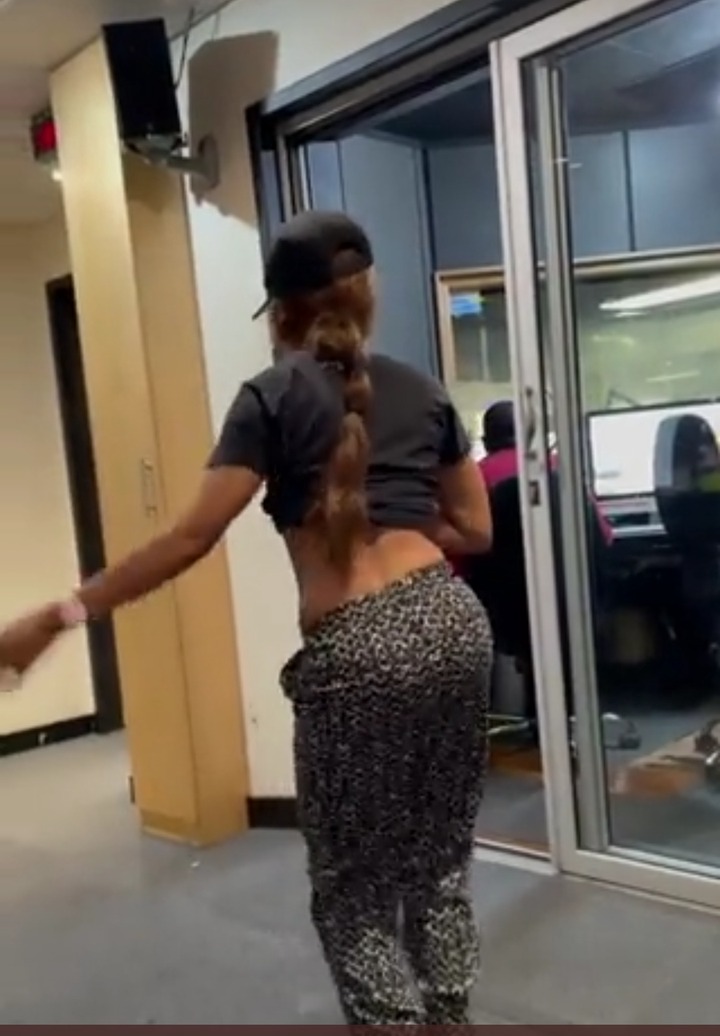 Our pop-up store cosmetics samples were considerably beyond industry rates, so we had to fight to get an invoice from her. We didn't get an email confirmation of her invoice until the day of her public outburst, along with a reimbursement for her travel expenses.” 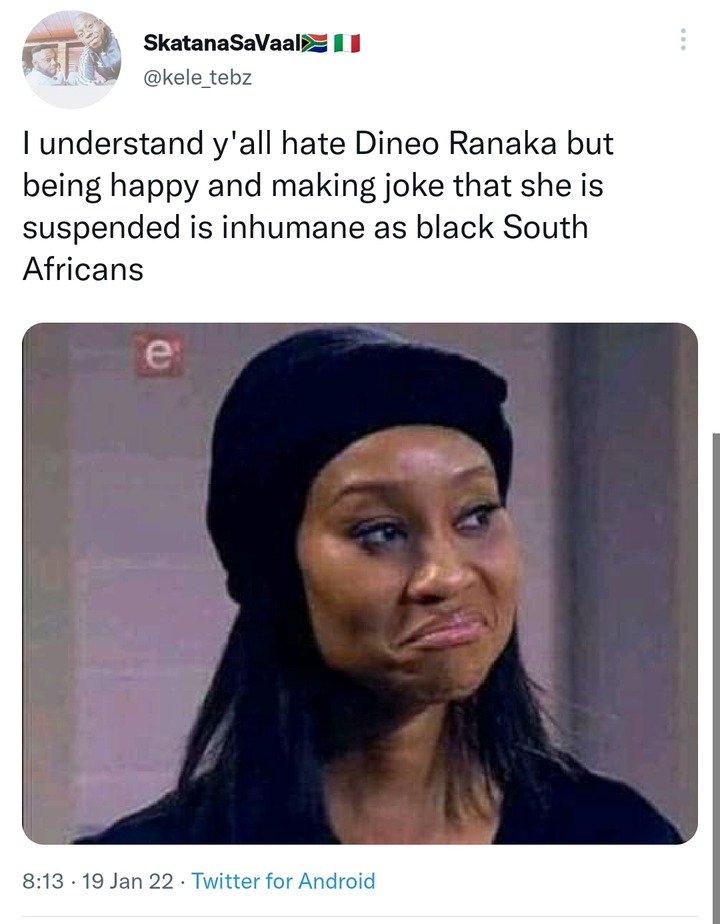 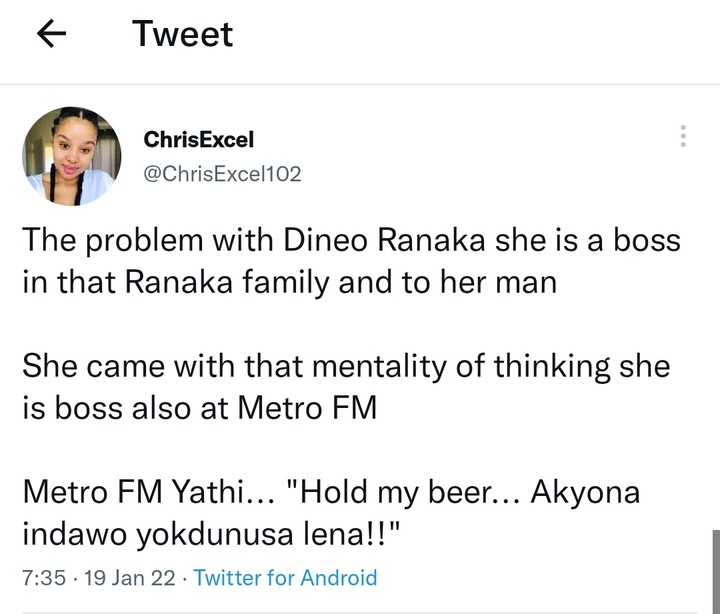 “R3,000 of cosmetics goods went missing on her days off. We, as a company, must look into it. Then I let my staff handle it.”

"Our Economy Is Killing Romance" Mzansi Reacts After Seeing Someone Swap These Flowers For This.