The real reason why Lady Du and Andile Mxakaza broke up 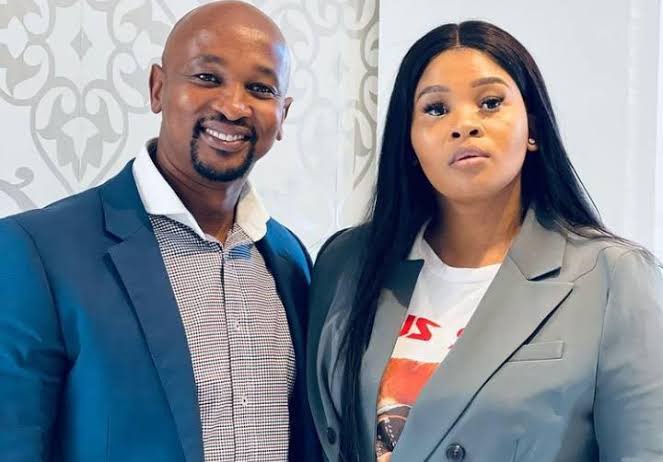 Andile Mxakaza is a South African media personality, socialite, model and actor. He was the finalist of Men's Health Look 2008 search competition, he was casted in an opera drama Zone 14 in the early 2000s, Andile was on a Mzansi Magic's drama series Isibaya as Fezile.

His work on Isibaya was very special and phenomenal. Andile was a fiancee to Lady Du, they got engaged after 4 months after getting back together after they had dated for 12 years. The Stars were once in a relationship before fame and as soon as they got back together, then after four 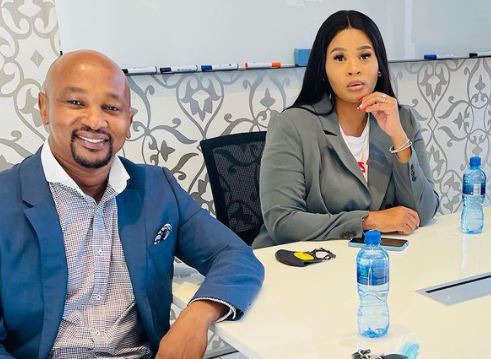 Months she had a stunning engagement ring on her finger. They were engaged for a year until their separation in January 2022, the couple was very happy and there were many things they had to celebrate because Lady Du was celebrating being the most streamed female artist. The two love,

Birds are always on their social media flaunting pictures of themselves together with love pictures but unfortunately in their relationship there was conflicts because Lady Du was attacked several times during her time together with Andile, she said on one time she had her car scratched because there were people 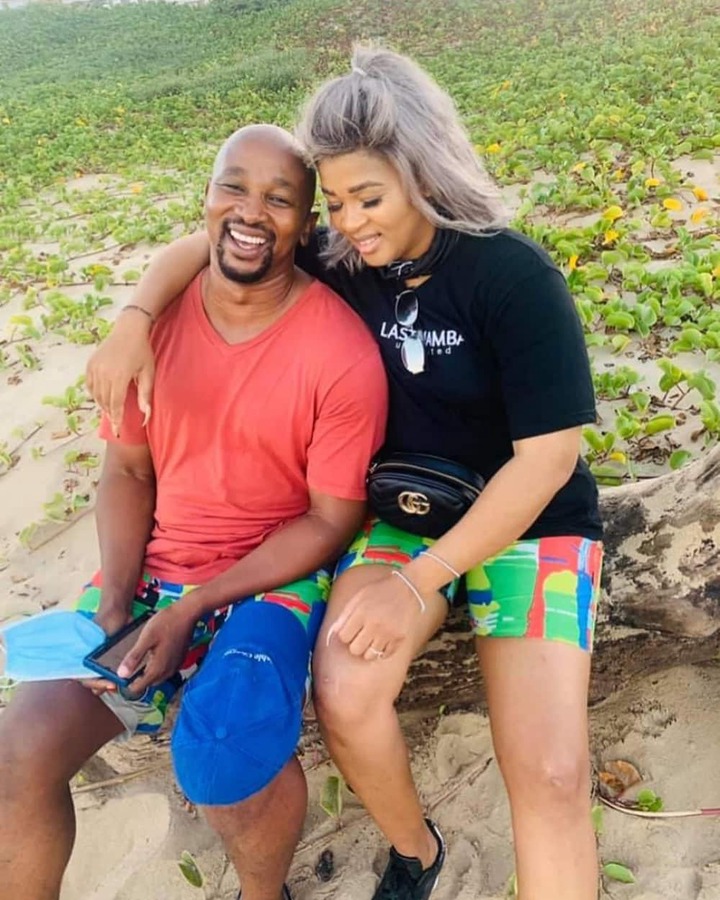 Who were not infavour of their relationship. She also said some people would make her uncomfortable at times because of culture, Lady Du said she doesn't think they broke up, they just separated and she said she think it's best she leaves the relationship.

Andile is also peaceful about their break up and he wishes Lady Du all well with her future endeavors and accepted Lady Du's wishes. Andile recorded and posted a video and he was saying that people shouldn't be bothered with what he does with his love life and what Lady Du and him are up to.

He added that he would appreciate it if people would respect their decision and if him and Lady Du are meant to be together they will get back together when time goes by. 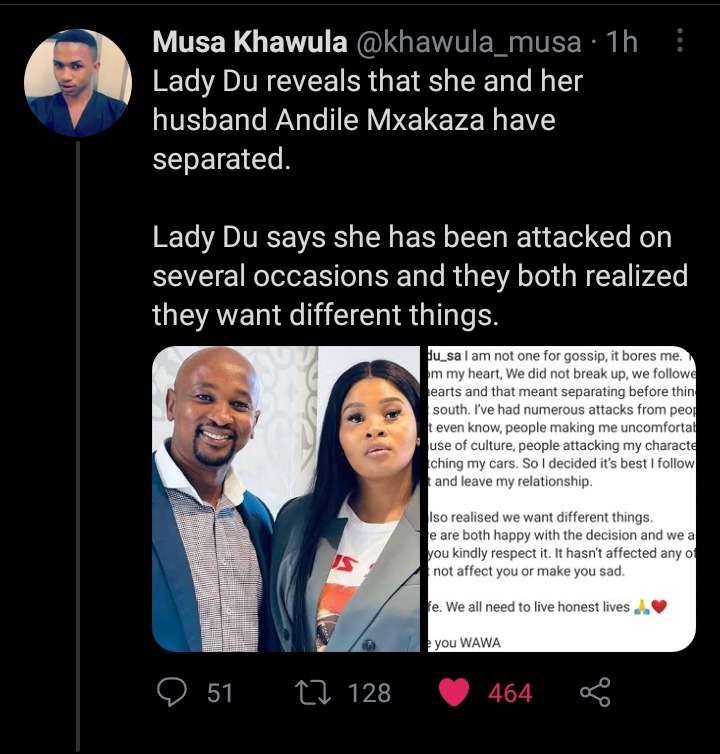 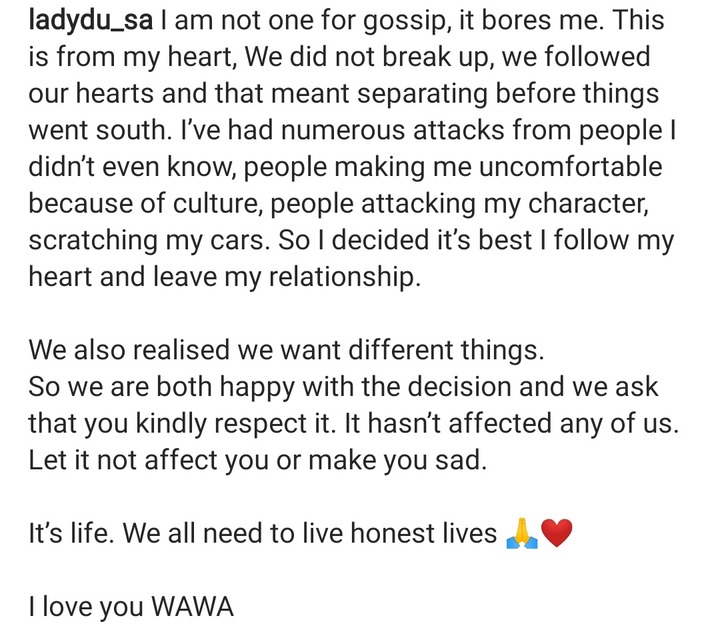 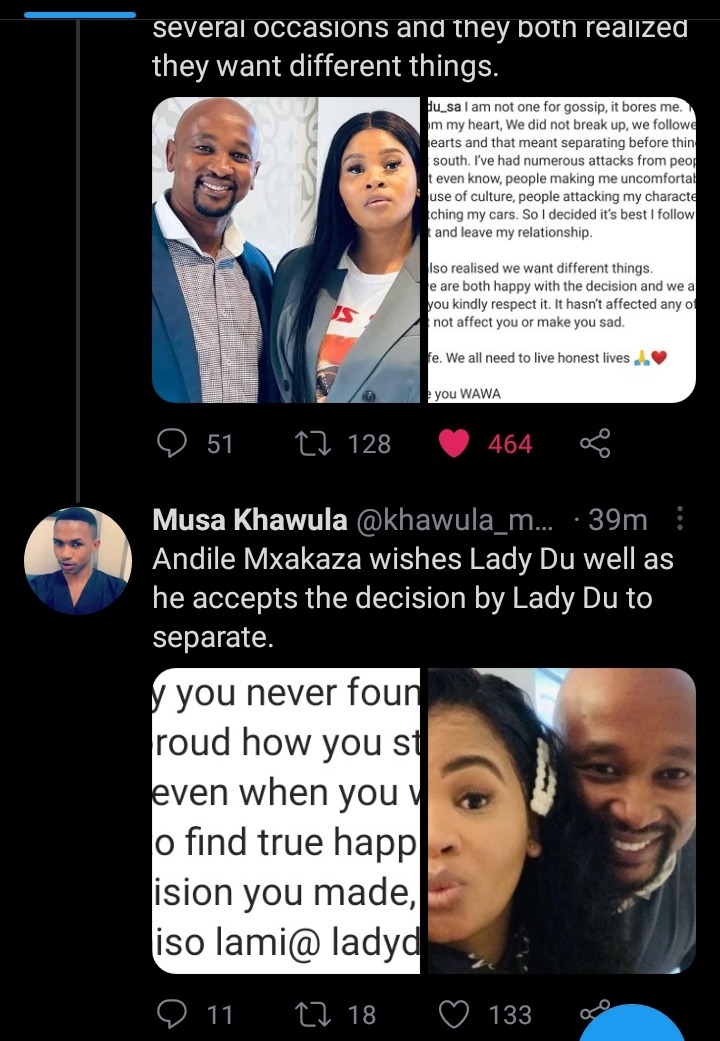 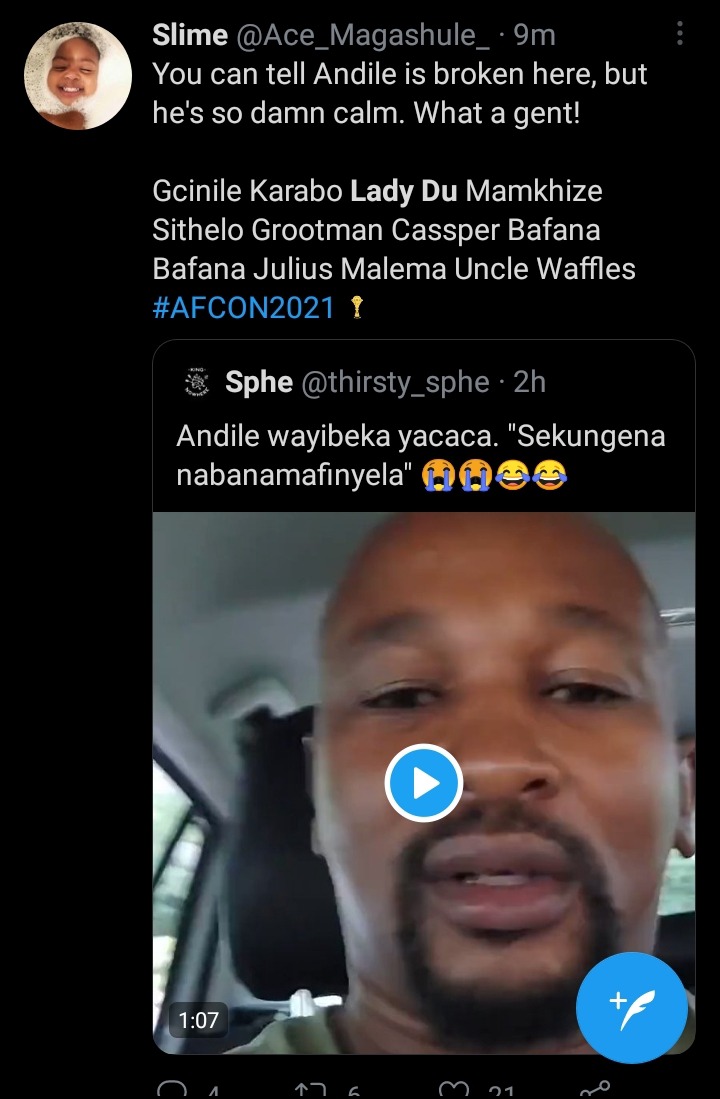 Gogo Maweni Left Mzansi Jealous After She Shows Off Her Gorgeous Body Goal. See Her Pictures

Here Is Why Racism Is A Big Problem