He is actually an adult, not a little boy

By chambaleBP (self media writer) | 8 months ago

Tshiamo Molobi (conceived 17 May 2003) is a South African entertainer most popular for his repetitive job as Lefa, an understudy who consistently has an arrangement at his disposal, in the e.tv soapie Rhythm City. 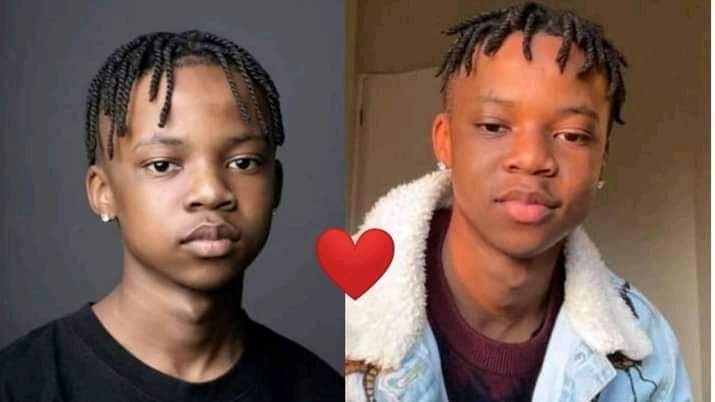 He made his screen acting introduction in the 2014 heartfelt dramatization film Pad na Jou Hart (Road to Your Heart), composed by Ivan Botha and Donnalee Roberts.

His little screen debut was a year some other time when he was given a role as Lemo, the raucous younger sibling of Ipeleng (Thuso Mbedu), in the MTV Base youth dramatization series MTV Shuga: Down South (Season 5 of the show), in 2015.

In 2016 he showed up in another movie, Happiness Is a Four-letter Word, coordinated by Thabang Moleya.

He next handled the repetitive job of Lefa, the sibling of Reneilwe (Amo Chidi) and Kea (Kamogelo Molatlhoe), on the e.tv soapie Rhythm City, showing up in the job on 27 February, 2019.

Soon thereafter he played another common part, this time as Tshepo on the Mzansi Magic soapie The Queen, showing up in Season 4, Episode 59, which broadcasted on 17 October, 2019.

Tshiamo was subsequently given a role as Nox's (Nozuko Ncayiyane) splendid, straight-An understudy more youthful sibling Sibusiso who is lethally shot during a house burglary he shouldn't be important for, in the Mzansi Magic telenovela DiepCity.

After a month he had a visitor featuring job in a scene of the Mzansi Magic show series Rockville, showing up in Season 5, Episode 8 (which broadcasted on 23 May).

The 18 year old is named on the fifth Royalty Soapie for his job of Sbusiso on DiepCity.

Content created and supplied by: chambaleBP (via Opera News )