By PainkillerBibi (self media writer) | 20 days ago 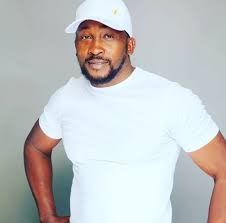 Putra Sehlapelo is a South African actor who currently plays the role of Alfred Magongwa in Skeem Saam which airs on SABC 1. He is best known for his leading role as Maloro in SABC1 mini-series Death of a Queen. We have seen Putla on big screen but what is his reality like? Let's explore the Putla Sehlapelo biography to find out more about the man.

Putla Sehlapelo was born and raised in Mpumalanga under Limpopo province. Although he has resided in several towns throughout his lifetime, he has finally settle down in Johannesburg.

Putla Sehlapelo attended local schools in Mpumalanga till matriculation. Afterwards he proceeded to study drama at University of Pretoria where he graduated with a Bachelors degree.

After auditioning for a while, Putla made his acting debut in 2003, playing the role of Spike on Generations. He has also been on SABC1 mini-series Death of a Queen, which aired as part of the channel's "Shakespeare in Mzansi" strand in 2008. Moreover, Putla Sehlapelo also starred as Tiro Lebone, the BEE Millionaire who has everything but love of his life, in the soap opera The Wild, from 2011- 2012. Furthermore, Putla has also appeared in shows like Noah's Ark in 2008 and the thriller series 'Thola' in 2014.

Putla is one of the seasoned South African actors who grown old in showbiz. Throughout his two decade long career he has made appearances in various local and international Productions. Some of his appearances are listed below.

In Skeem Saam, Putla plays the role of Alfred Magongwa. Skeem Saam is a local drama series that examines the plight of today's male children and the tough challenges they face transitioning into manhood.

Putla Sehlapelo is married to Neo Sehlapelo and the couple has been blessed with three beautiful children. Neo is a business lady who is doing pretty well for herself and her family. Putla doesn't only care about his loved ones, but also about his needy community.

Putla entered the showbiz industry in 2003 with a bang and after 17 years, he has got much better. As of 2020, Putla Sehlapelo has a net worth of US$200 000. Acting is still major source of income for Putla who also acquired revenue from his business partnership with his wife.