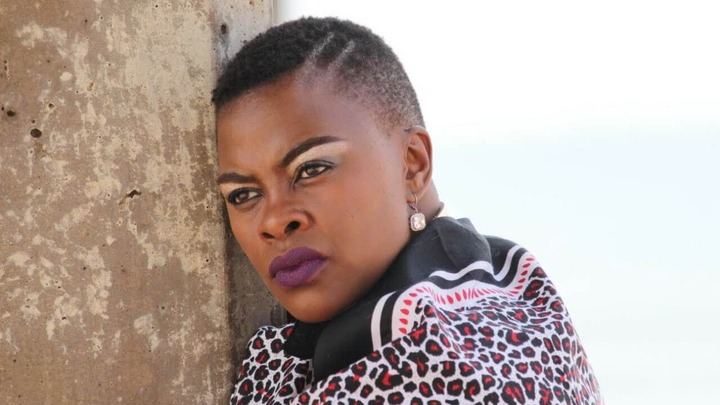 If you are a fan of Thandeka Dawn King and have missed her on screen, perhaps you were wondering what could have happened to her as she has been away from screen. Well worry no more because the good news is that the popular actress would be soon seen on TV. It just a matter of time before she makes a return.

The DiepCity actress, who plays the role of Thandiwe on the Mzansi Magic's telenovela, has been away on screen for quite a long time, almost a year now since she sustained a severe knee injury while on set.

King is said to be recovering from the injury in Kwa Zulu Natal. Dawn King stated that she tried to make a return in September but the pressure on her knee got very worse, which forced her to play her role while she is seated on a chair.

Ever since then, Dawn King said she had to isolate and mediate on her healing process.

Taking to Instagram,this is what she wrote: I thought I would be okay but I was only straining myself,I made the return because I missed work,I missed being busy and laughing with my colleagues who are much more than that to me, especially during this hard time.

The actress said that she tried to stay away from the world as much as she could but she knew she had to stop thinking about work because she was depressing herself too much. She stated that if she didn't lay back and actually focus on herself, then she wouldn't have been where she is right now. The former Uzalo actress described healing journey as a roller- coaster which, in the beginning drained her emotionally, noting that it had been challenging to have to depend on her surrounding to help with basic activities and routines such as walking, driving, taking a bath or just to prepare a meal.

The actress said she had to change her bathing system as she forcefully had to use the shower everyday. She recalled when she went inside a bath because she thought she was better, however, she could not get out and only was assisted by her partner who helped her out of the tub.

The actress said that a knee injury makes us miss the little things we should be doing ourselves.

Although she was still not sure of when she will return to the screen but she confirmed that she would shoot the last episode of DiepCity season 1, in preparation for season 2.