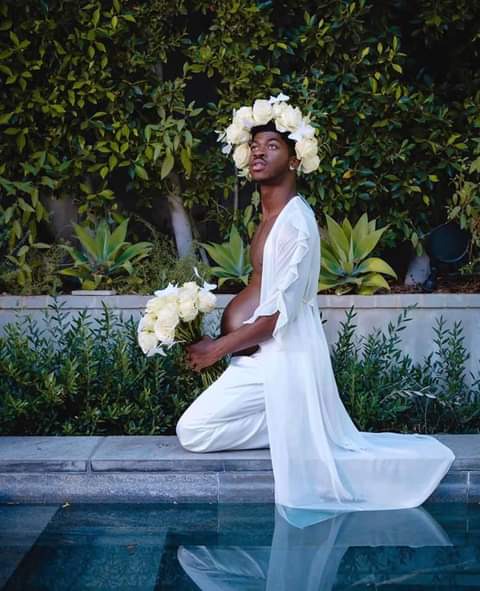 Lil NasX, the American rapper is one type of person who will do anything to trend online. When Drake announced that he will release his album today Friday the third titled lover boy with an artwork of pregnant women of different colors and ethnicity. Lil NasX thought it would be a good idea to jump in the frame and announced that he is launching his own album titled Montero. However, he decided to mimic Drake by posting his ow cover with his pregnant pictures online. 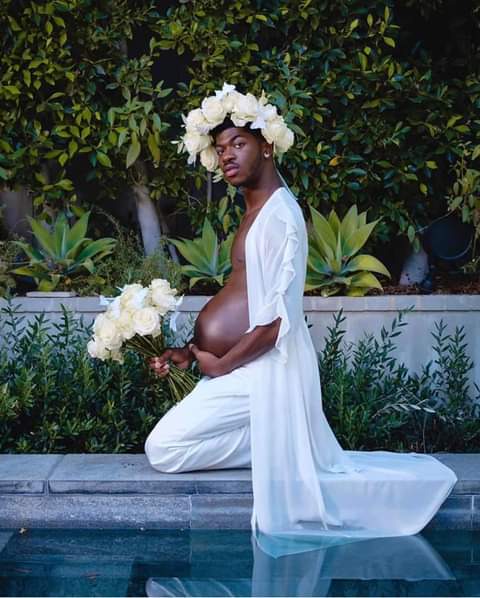 The 22 year old has been trending all day after he posted his pregnancy online both for positive and negative reasons. Drake's fans are particularly pissed at the fact that Lil Nas is taking all the limelight from Drake and even copying his album cover. The Old Town Road hitmaker is notoriously known for incendiaries acts online to get attention rather than focusing on his music. When he tries to focus on music some fans accuse him of writing lame bars and trying to copy bigger and even smaller artists. In his last video called Cellophane, he copied the other artist called FKA Twigs frame by frame. 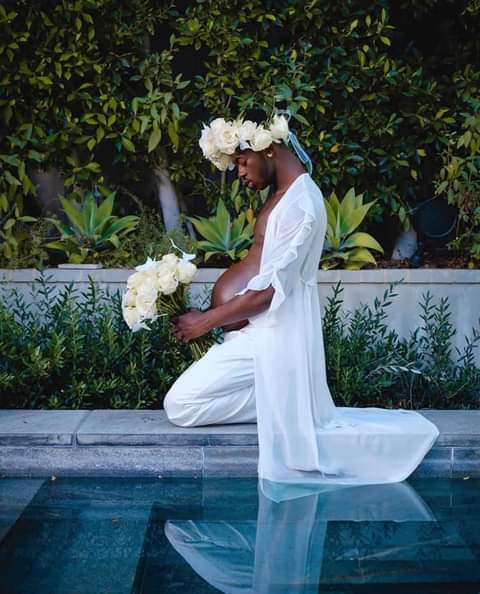 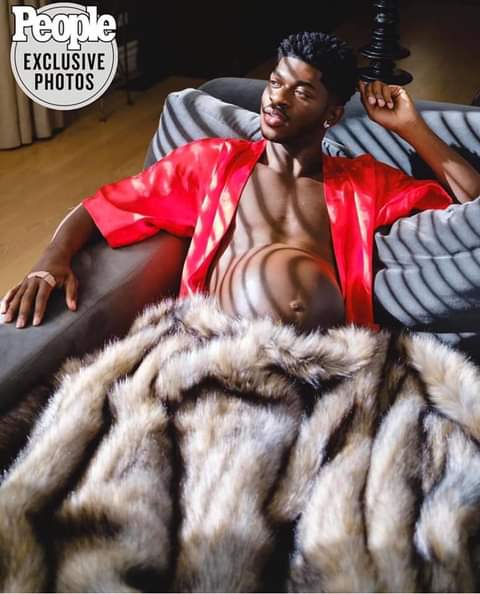