Lesedi FM radio presenter Dimakatso Ratselane(41) is set to fighting and She is currently set to be responding well to her medication. According to family spokesperson Tsietsi mohoalali is showing progress in Bloemfontein hospital. 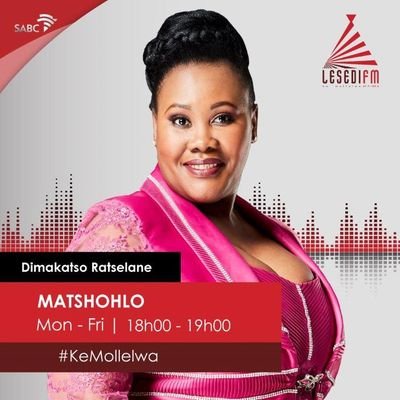 Ratselane was stabbed multiple times this week near a squatter camp called Dinaweng just outside Bloemfontein. The ordeal took place on Wednesday night.His husband, Ratselane McKenzie Ratselane is set to be allegedly responsible for the acts.

Dimakatso Ratselane is responding well to the treatment. She can now speak unlike before. We are quite concern about what happened we hope whoever did this gets arrested said Mohoalali. 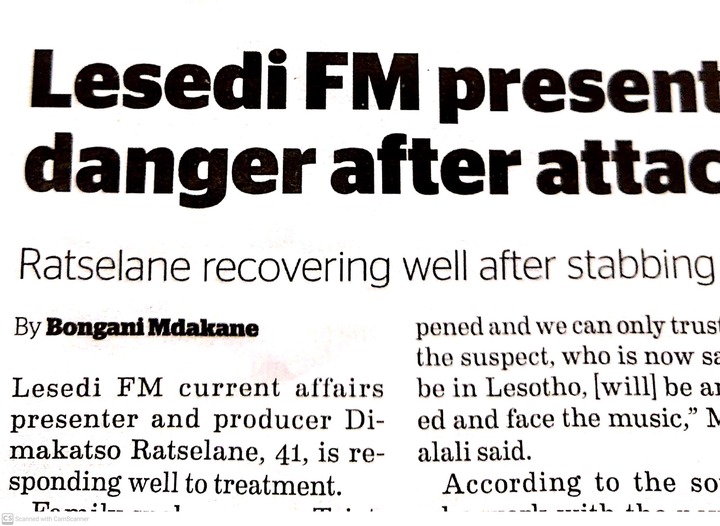 McKenzie usually fetches Dimakatso from work everyday. He did according to his routine on Wednesday as usual, however we never knew his intention said source close to the couple.

According to a source the pair could not see eye to eye. There was an argument and then they drove away that's when the stepping took place. Dimakatso is set to be in an abusive relationship.according to the source Dimakatso's husband will often hit her.

Another source said the husband was fired from police services, since then up until now Dimskatso has been supporting the husband financially.

Brigadier Motantsi Makhele, Free state provincial police spokesperson has confirmed that no arrest has been made so far. The suspect is still at large. The suspect is believed to have escaped to Lesotho.

German tourists night of terror en route to the Kruger: 'Wife begged husband not to do this.' Read

A Sangoma, a soldier and a murder - Two on trial after missing mother of 2 found shot twice in head