Is there a chance of a Brooklyn99 reunion?

By Petergriffinpumpkineater (self media writer) | 26 days ago 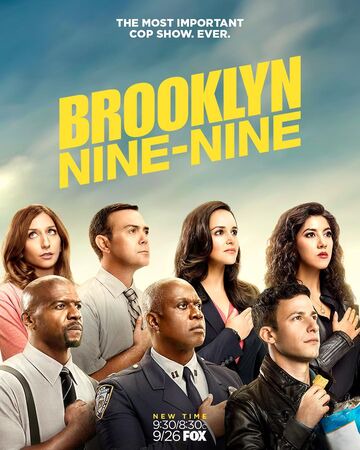 Nine nine in a nutshell

Brooklyn 99 is a sitcom that has aired for 8 seasons since 2013. It has been one of the best comedy shows for the past 9 years. Over the years it has remained in the top 4 most-watched shows. During the 2020 lockdown, it was in the top 10 most binge-watched TV shows.

The show's last and final season aired in 2021 with 10 episodes. Although it received a lot of love, fans were disappointed that it did not end in season 9 episode 9 as per their wish. The show's fans were very happy to see Chelsea Peretti's character, Gina Linetti, return on the final episode of season 8. Gina had been previously written off as she quit the 99 precinct to become an internet star. Another anticipated return was Medeline Wuncth. Although she was confirmed dead in season 7, fans have had theorized that she would miraculously appear in season 8 to haunt Captain Raymond Holt one last time.

Will we ever see our beloved 99 squad together again?

Seeing that the show was not canceled, there's a very good chance of a comeback to season 9. The show has decent viewership and will therefore garner more views, should it air again for the ninth season. Thus, more revenue will be generated for ABC. Plus, it will give fans their long life dream of S9E9.

The character's chemistry is undeniably off the charts. The show overall had a good balance of everything. It addressed most issues that common media would be terrified to address. From racism to equality. Feminism to misandry. It provided laughs while addressing many social issues.

The show's characters were pleasantly satisfied with the casting as it is better balanced than most shows. Black, white, and Latinas. Everyone was well represented. The Nine-nine reunion is highly likely. Everyone who was part of the show would definitely hold that honor highly. It would be a proud moment to see them reunite with each other 5 to 10 years from now.