People talk about celebrity couples that still gives them hope

being a celebrity puts you under the pressure of becoming a public figure which means your fan base will be interested in every move you make and envy you for your personal life.

Celebrity couples are adorable when seen together especially because the fans of two different people are brought together to love one special thing, it becomes even more interesting if the fan loves both celebrities.

a tweet was created today where people were asked, which celebrity couple that still gives them hope and a lot of names were brought up.

Kabelo and Gail Mabalane were brought up by a number of people. they have been married for 7 years and they have two beautiful children. 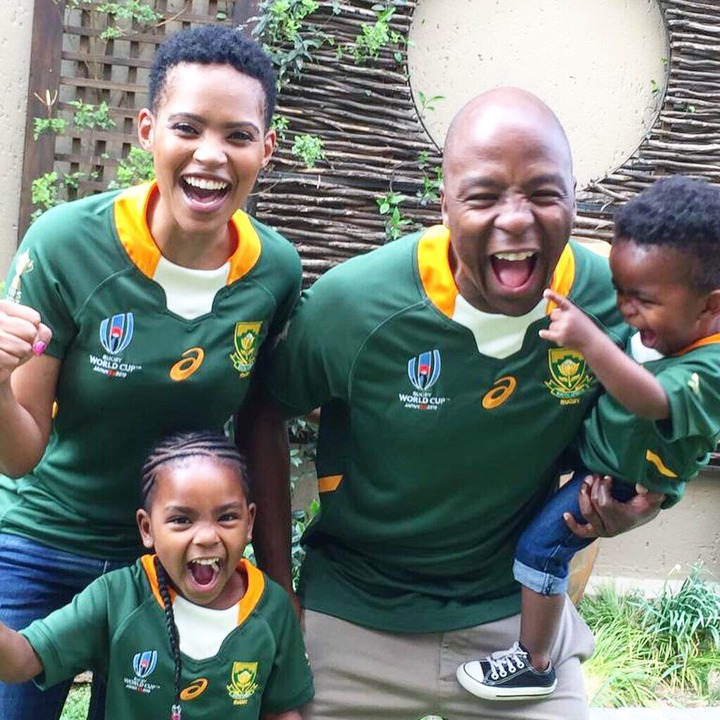 Siphiwe and Bokang Montjane Tshabalala were also mentioned. the pair got married in 2016 and they also have two beautiful children. 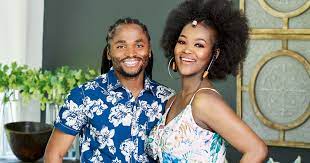 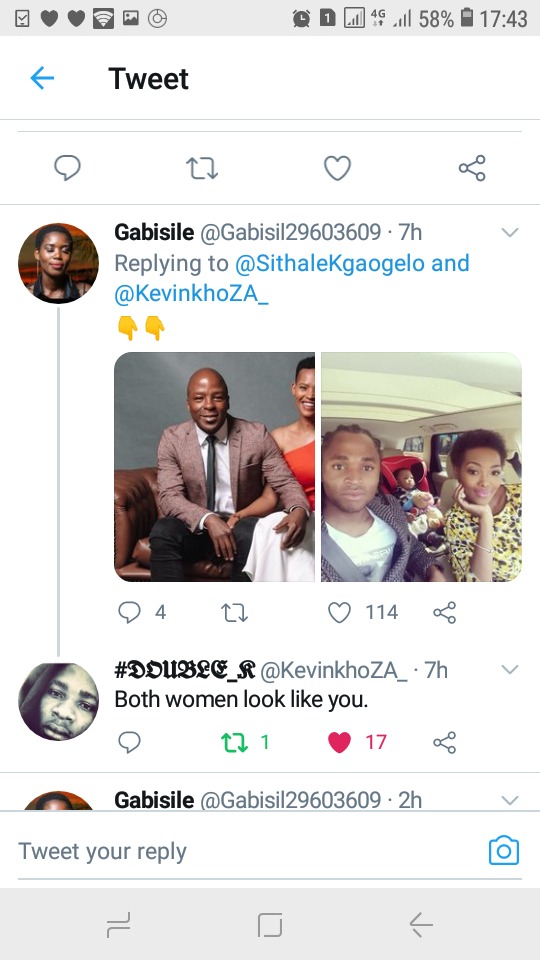 Barack and Michelle Obama were were also mentioned but unfortunately people believe that couples such as Beyonce and Jay Z, Barack and Michelle Obama, Will and Jada Smith are all organised relationships and they are not allowed to break up. someone asked they are organised by who and the answer was that it is publicists. the series called Empire did show how this is done and why. 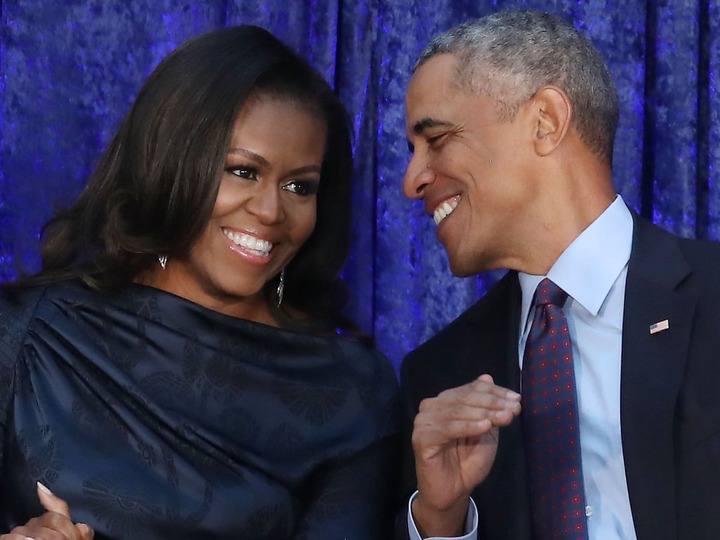 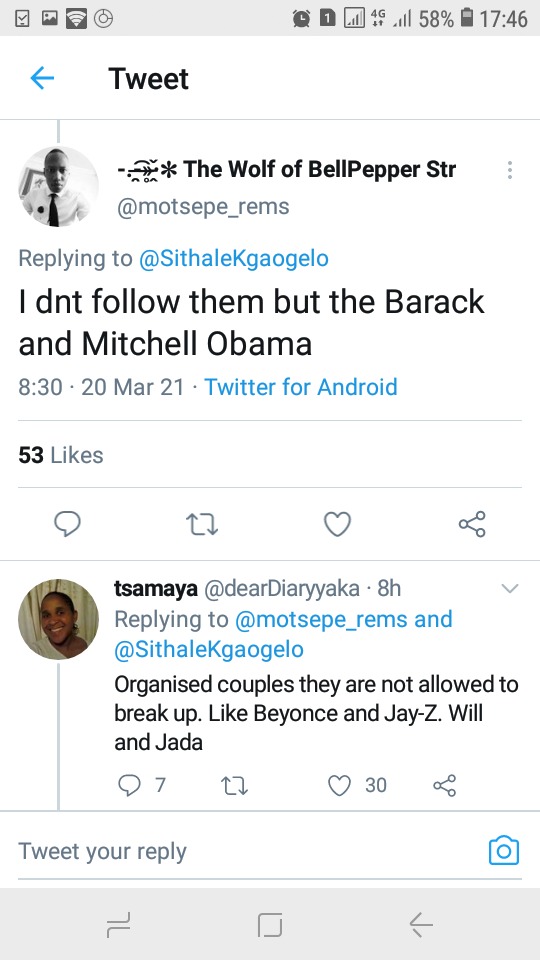 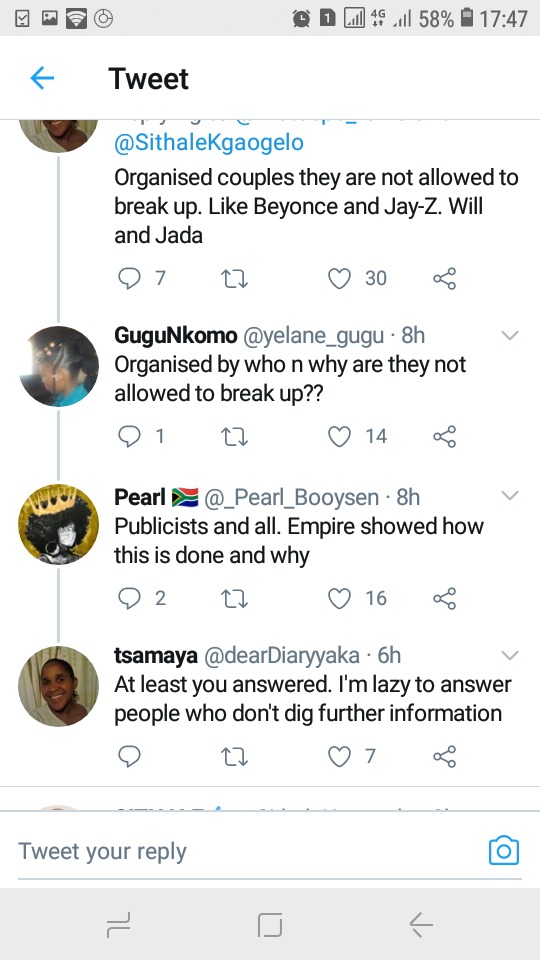 The Ndlovus uncut were also mentioned. Hungani and Stephanie Sandowns Ndlovu have been married for wo years. 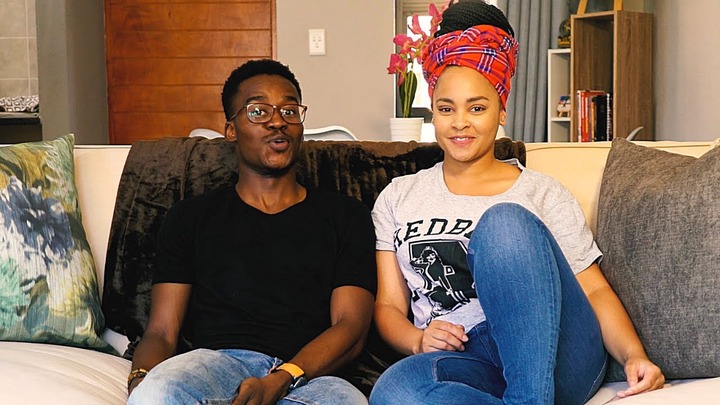 Quinton and Minenhle Dlamini Jones also got mentions. they had their high profile wedding in 2017. 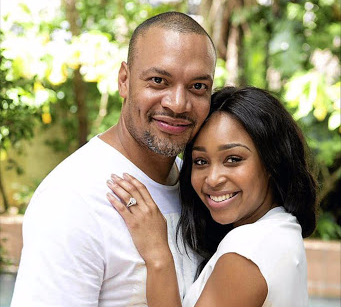 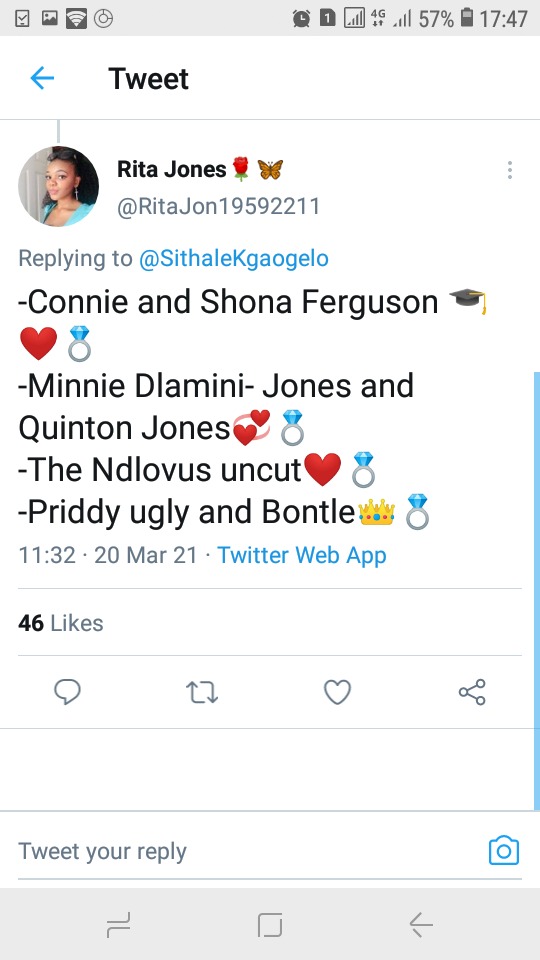 Zakes Bantwini and Nandi Madida were mentioned but someone brought up their divorce rumours which were brought down by the fact that these two had a mutual agreement of separating their property because they both made enough to sustain their living. 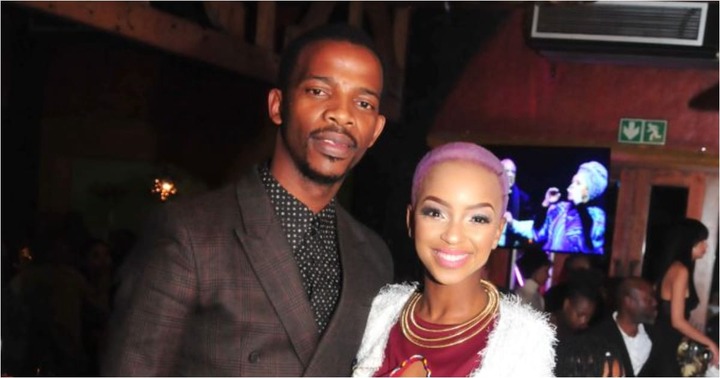 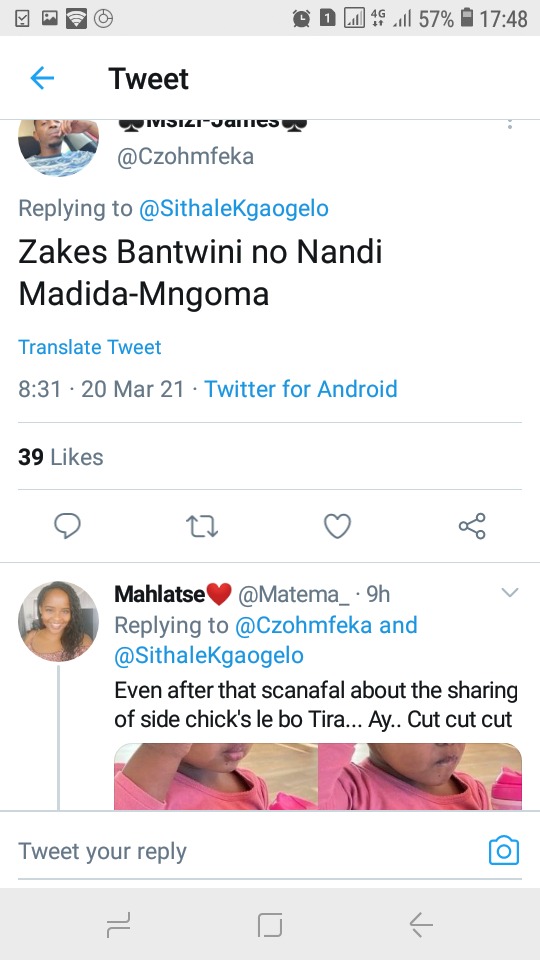 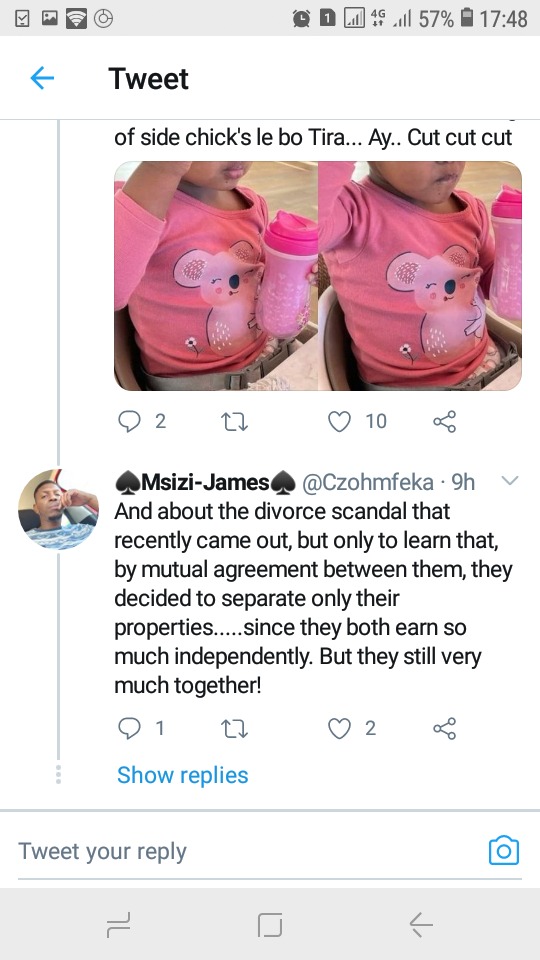 whenever someone tried to bring up Connie and Shona Ferguson, people would just burst out with laughter.