Teko Modise is being sued by his ex-wife after a contentious chat on MacG's podcast. 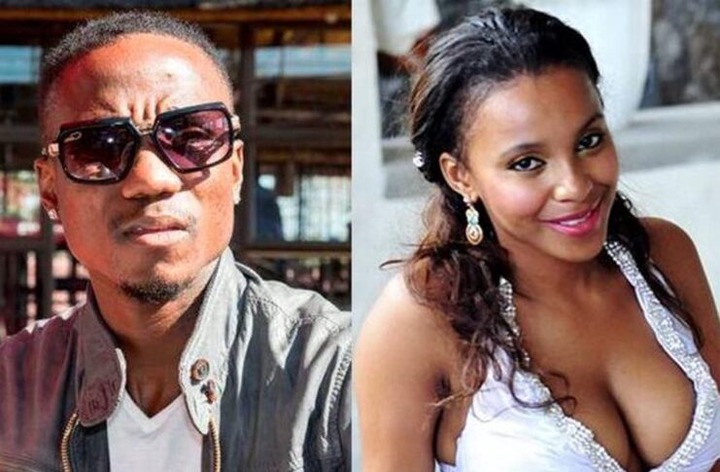 Following Jub Jub's contentious interview on Mac G's Podcast and Chill; With Mac-G, for which he was later sued, another celebrity has found himself in hot water.

Teko Modise discussed his childhood, soccer career, and failed marriage with Lizelle Tabane in a recent interview with MacG. Teko claimed that his ex-wife made false claims of Gender Based Violence against him. Phenduka Teko told Mac and Sol that his relationship with Lizelle was poisonous and well-publicized.

Lizelle was allegedly mistreated by someone she had previously dated, according to the soccer player, who had photos of the incident, which left her bruised and damaged. Teko alleges Lizelle went to the media with the photos and accused him of abusing her after they split up, which is a startling turn of events.

"When we first started dating, I remember seeing pictures on her phone. I feel she was abused or had a similar experience. She did had scars and all that. So when we broke up, she took the same pictures... and the same pictures were used in the media to accuse me of abusing her," Teko explained. 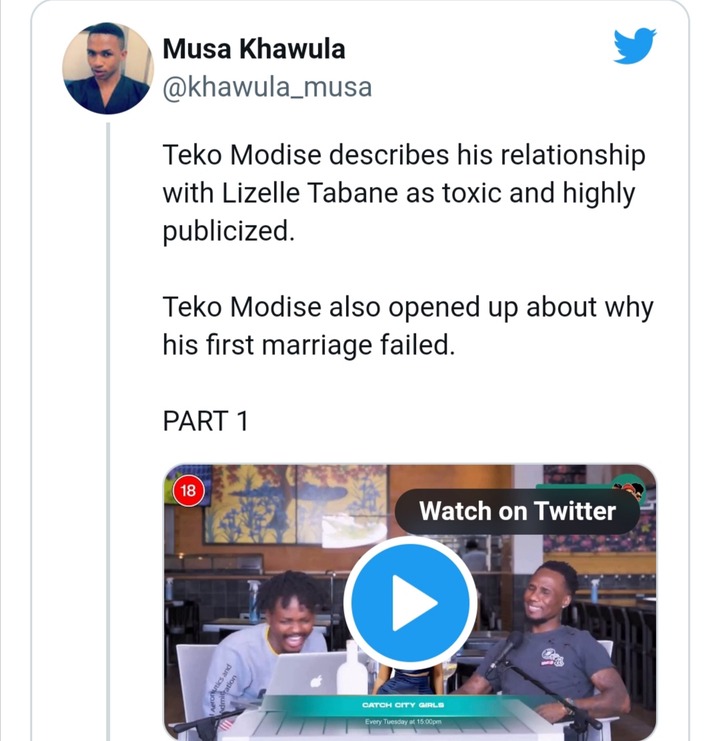 Lizelle is now accusing him of lying, and she has hired an attorney to represent her. Hat has gone viral on social media after being mentioned in a court testimony. Lizelle's attorneys claim that she has no motivation to bring false accusations against Teko. They have given him until 12:00 p.m. tomorrow to retract the allegations made against their client. 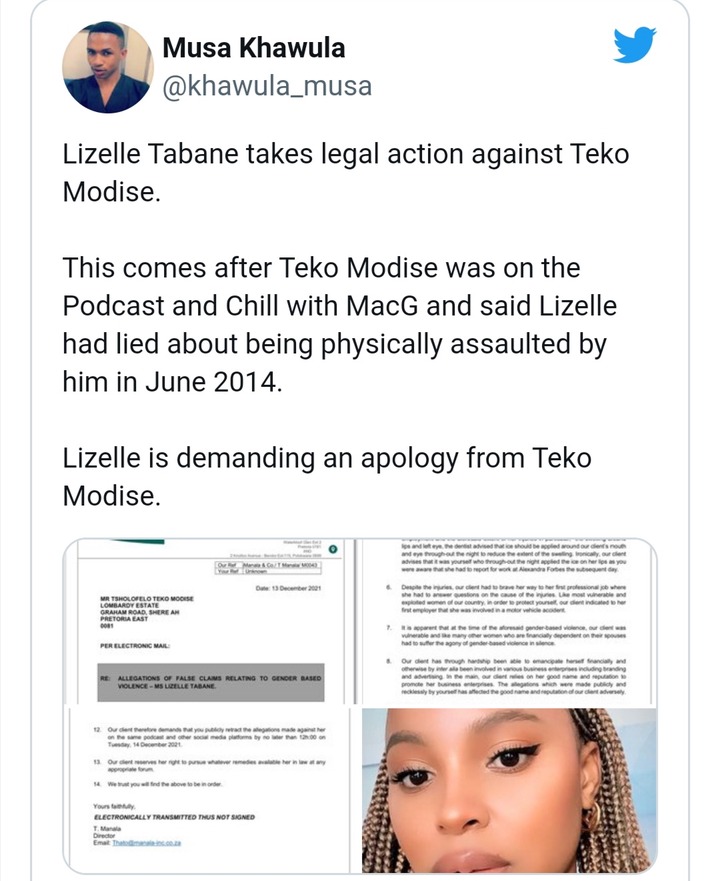