Senzo Meyiwa's mother is very disappointed in that Kelly Khumalo's mother did not visit her family to mourn the death of his son. 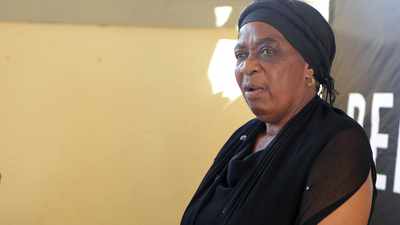 Ntombifuthi Meyiwa is sad that Kelly Khumalo's family especially her mother did not visit them just to comfort them as their son died in her home and he is also the father to Kelly's daughter. This is something that many black people do. If someone close to the family lose a loved one the members of extended family visit those who would have lost a loved one just to mourn with them. It has been many years since Senzo Meyiwa passed away and his mother is still waiting for Kelly's mother to come and mourn with her. 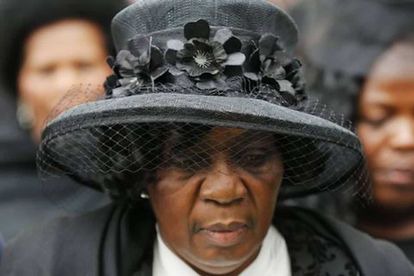 Ntombifuthi Meyiwa had a special conversation with Phumlani Dube on YouTube, she revealed that she is still in pain about the death of his son, and it becomes worse as his in-laws have not even made an appearance to mourn with her the loss of her son. Ntombifuthi said they accepted the Khumalo family or the family of the Senzo's daughter, but till today they have not shown them sympathy as the incident that saw the death of Senzo happened while they were together with him.Meyiwa's mother further said if it had happened in her home.

She would not have ignored the other family, considering that they is a little child born between the two families. When they came to show them the baby they were welcomed not because they loved them but because their son Senzo wanted them to know that the child was his. But after the tragic death of her son which is something big as disturbing they decided to stay away and not eve show their faces. As the mother of the home where the shooting took place, she was suppose to visit the Meyiwa's to comfort them. Meyiwa's mother said if she was afraid she could have asked the police to accompany her.She went on to say they did not deny the baby which Senzo had with her daughter as she resembles her as it's grandmother. 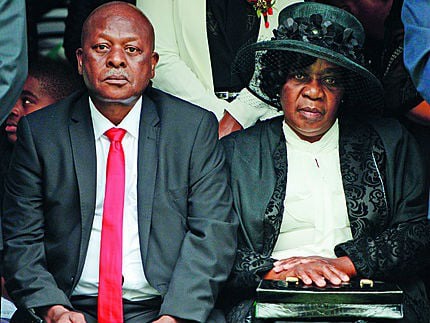 They were cultural things that were suppose to be done to the child but they did not take the child for that, even to bury it's father. She is also concerned about the football leaders who have not even shown their support during the trial of Senzo's murder. Even Senzo's friends when they ask them for help they run away from them. It seems like a degree was given that no one should talk to the Meyiwas. She said what is very funny is Senzo used to borrow many of these some monies but now they have forgotten. As she concluded she urged the People not to eat them die of hunger and asked them to donate anything to keep them alive. 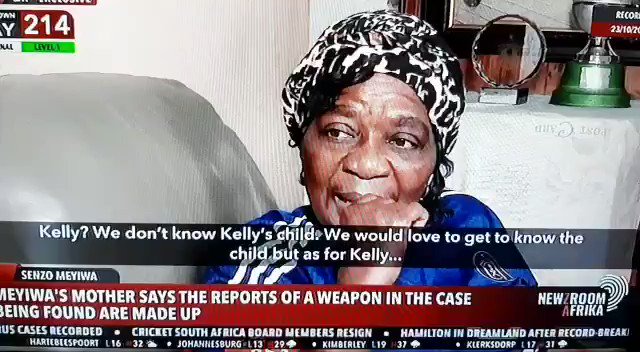