Princess Ezeani, a young woman who is 20 years old and was burned in the face to the first degree, has spoken up about her experience and what she went through after the incident. 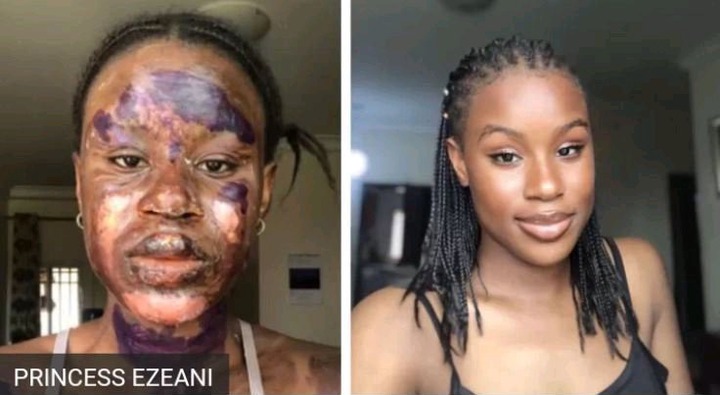 During an interview with BBC Pigeon about her road to rehabilitation, Princess Ezeani revealed that she had previously questioned whether or not any guy would consent to marry her as a result of the damage to her face appearance that she had as a direct result of the tragedy.

Ezeani, who has now fully healed from the burns after a period of six months, recently gave an interview to BBC pigin in which she stated that she could best characterize everything as a miracle because she never thought that her face would be changed.

She claims that her mother and one of her aunts were instrumental in assisting her in returning to her previous level of functioning, which allowed her to get her life back to normal. She stated that her mother always encouraged her that all hopes are not lost, and she has been applying things like honey, geevee, and Aloe Vera on her skin, which has helped her tremendously in transforming her appearance. She also said that she has been able to completely transform herself thanks to these things.