Kabelo Mabalane is a South African musician, writer and actor.

He was a member of the kwaito trio TKZee.

He has opened shows for world famous musicians such as Jay-Z, 50 Cent, Ja Rule and Rihanna.

The musician has been a through a lot which led him to drug addiction but things became normal as he started to preach the word of God and giving his life to Christ.

Sello Maake Kancube is considered to be one of South Africa’s most esteemed actors and voice actors, having performed in theatre, film and television both in his native land, as well as in the United States, Britain, Canada and Europe

Sello is actually a preacher in Christ Centered Church Episcopal.

However, due to his demanding career as an actor, he is not a full time preacher as he preaches occasionally.

Innocent Sadiki is a South African actress well known for her recurring role as Sthoko, MaNtuli’s (Dieketseng Mnisi) oldest daughter who is in a relationship with an abusive man called Dennis (Clevy Sekgala), in the SABC1 soapie Skeem Saam.

Innocent is married to a pastor and she is also a preacher at her husband’s church, The living Gospel Word Christian Church.

Before joining the politics, he was actually a full time pastor and he is currently a preacher but not full time.

According to him, he came into politics as a fulfillment that he would become president one day.

Phindile Gwala was one of the best actors in Muvhango, where she played the role of Nonny Nkosi, a character who was full of drama.

She played her debut role in the SABC2 soapie since 2012, but she announced her resignation five years later.

She started preaching in 2016 and she planned to do more of it.

The actress’s parents are also pastors

Connie Sibiya is an actress and a business woman.

Apart from being an actress, wife or a mother, Connie is also a pastor and a preacher in her husband’s church 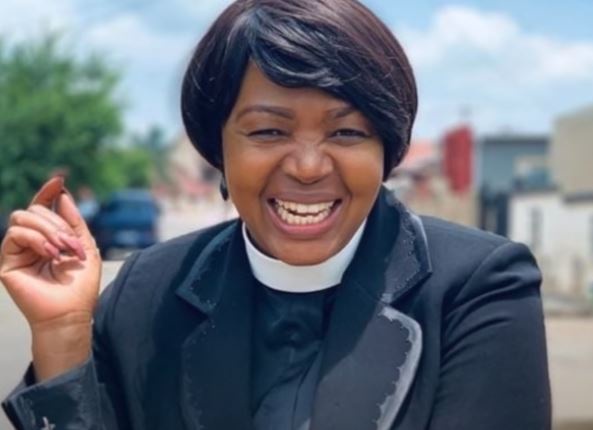