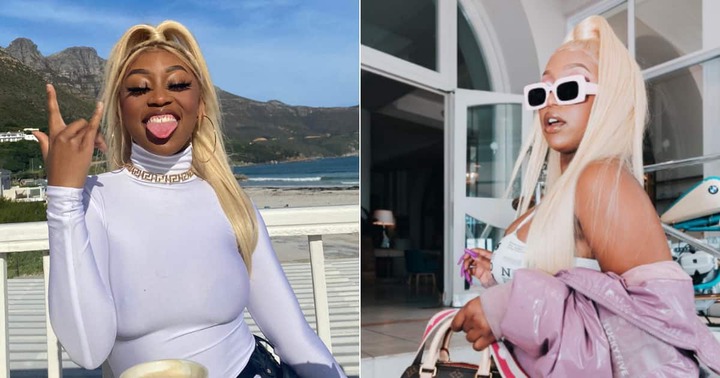 Kamo Mphela is a South African media personality, influencer, socialite, dancer, Mapiano artist, Vocalist and choreographer. She started being famous in 2019 as she became a social media sensation on Instagram with her dance videos and also became a music video vixen. South Africa loved Kamo Mphela the moment she, 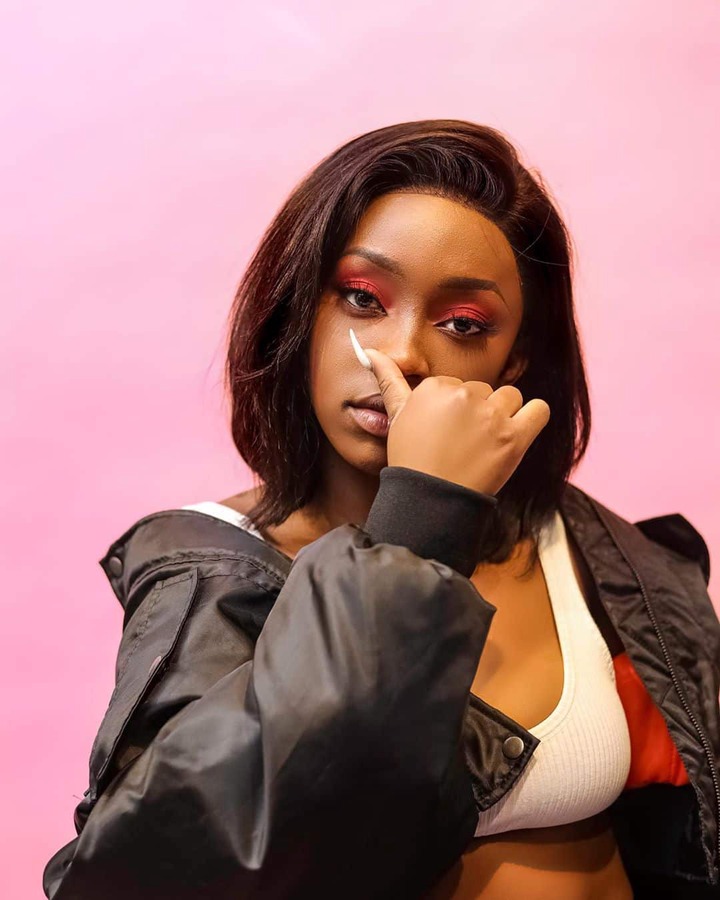 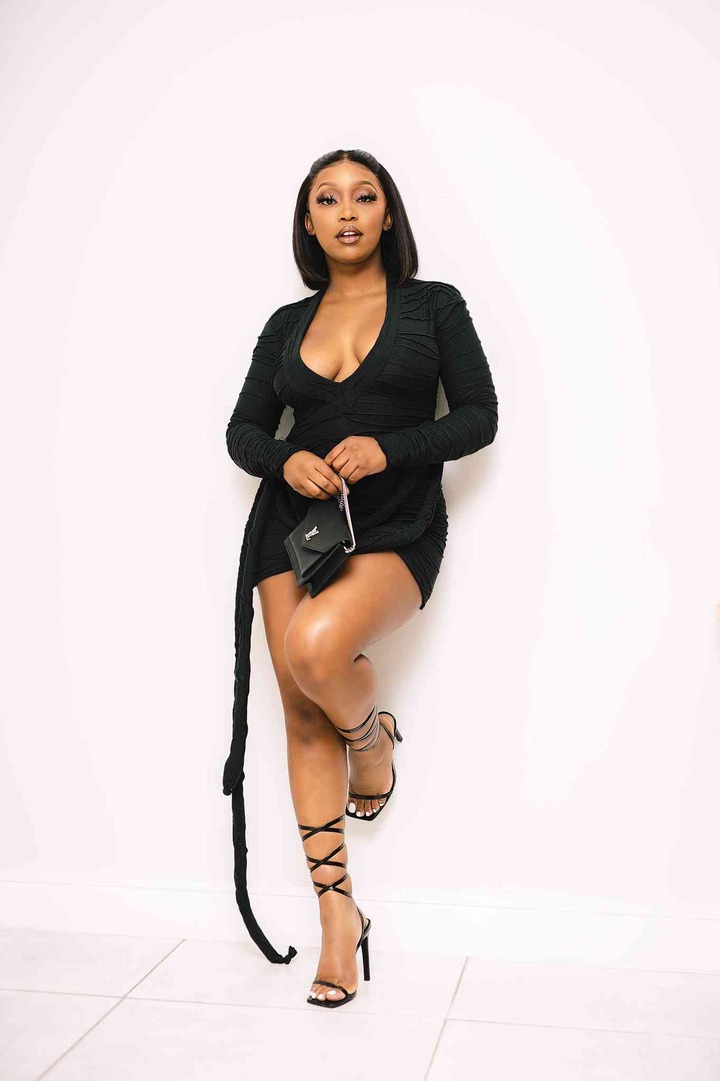 Started making dancevideos. She is 23 years of age was born and bred in Durban, she went to Johannesburg to further her studies in Media Studies un Boston College but ended up following her dreams andbettered her life. Kamo said on one interview that her parents were always on her, 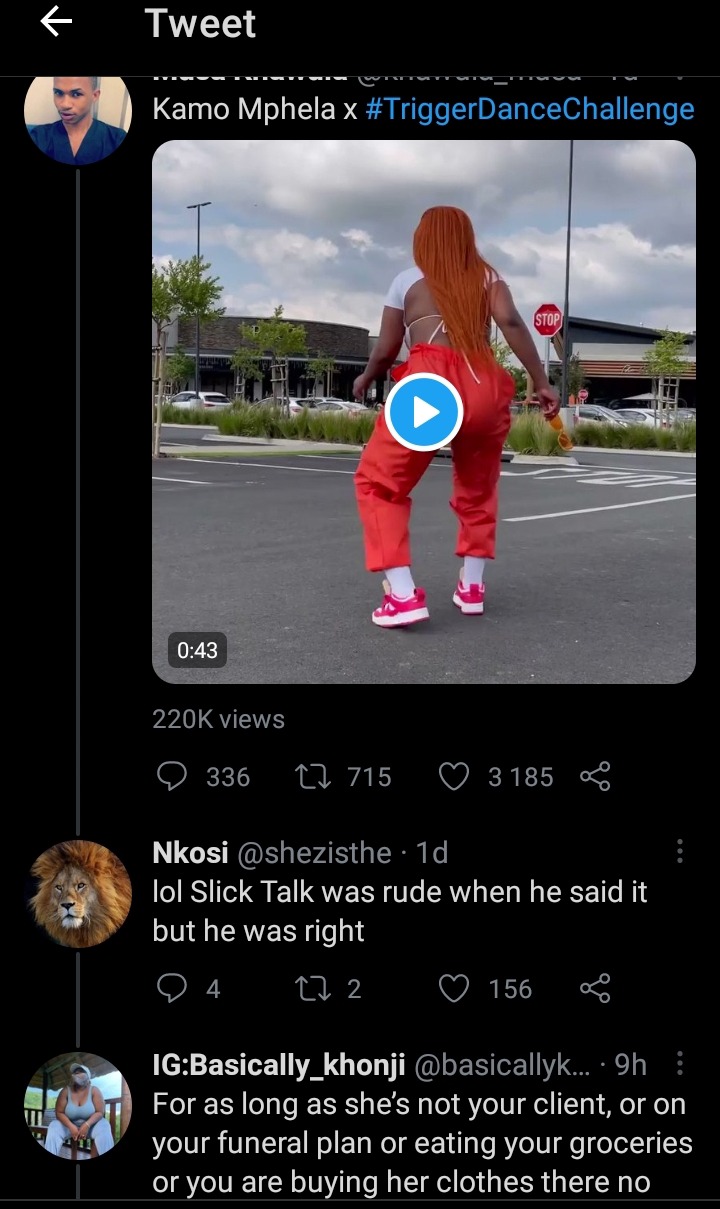 Side and supported her, she said her father disciplined her when she started being famous and told her about the challenges she might face. With her career she was helped by the late Tholukuth' Heyy star Killer Kau, who helped her get to the spotlight when she was a thier,

Vocalist on their hit song which was her first ever single tittle Ama- Uber. Kamo was alleged to be in a relationship with the late Killer Kau and later became friends after their break up. She was also allegedly romoured to be having an affair with Andile Mpisane because they, 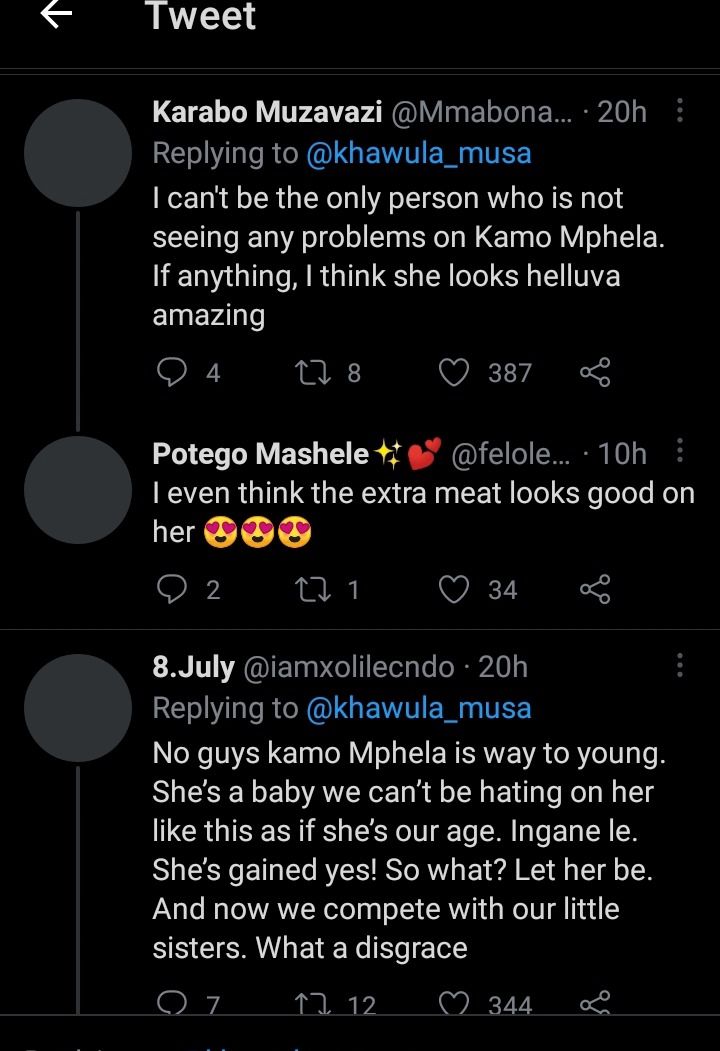 Were once seem together couple of time at groove. Kamo Mphela has gained weight so much which she explained it us because she's happy and rich, this came after people thought she was pregnant amidst seeing her videos and recent pictures. She has a gained weight a little and is, 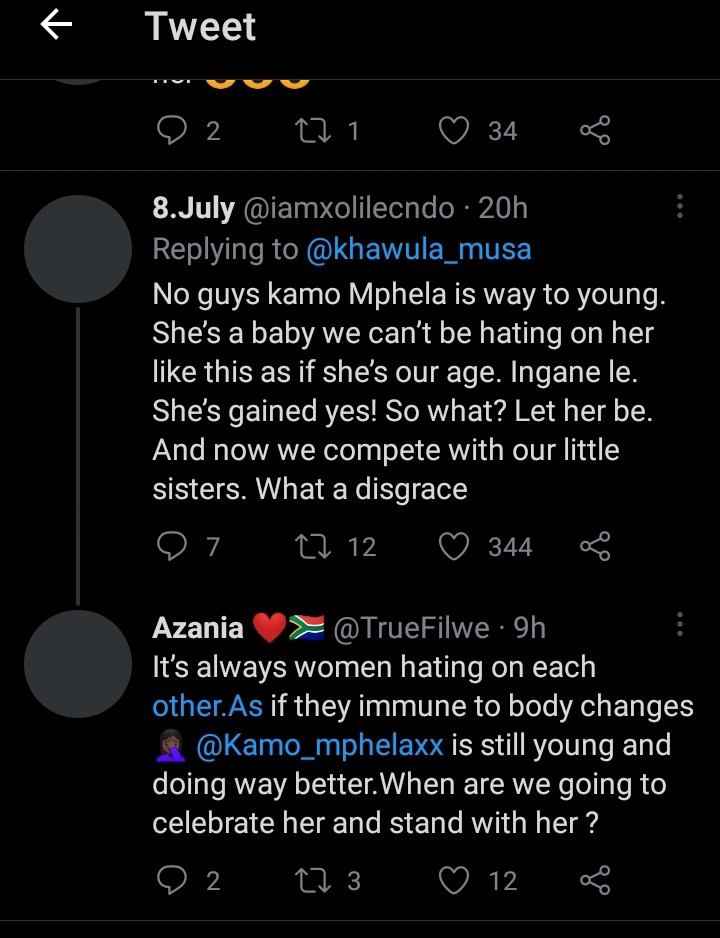 Still fit, Kamo's followers on Twitter say she is now beyond recognition and doesn't dance like she used to. She said she actually doesn't see anything wrong gaining weight and loves her body, some of her fans stood by her and assured her that she is amazing as she is.

Kamo has also been body shamed by the YouTuber who is called Slik Talk who was boxed by Cassper Nyovest in a match ring. After trending she wrote a Tweet that said she almost shed a tear because of body shame on Twitter and said Twitter has so much hate. 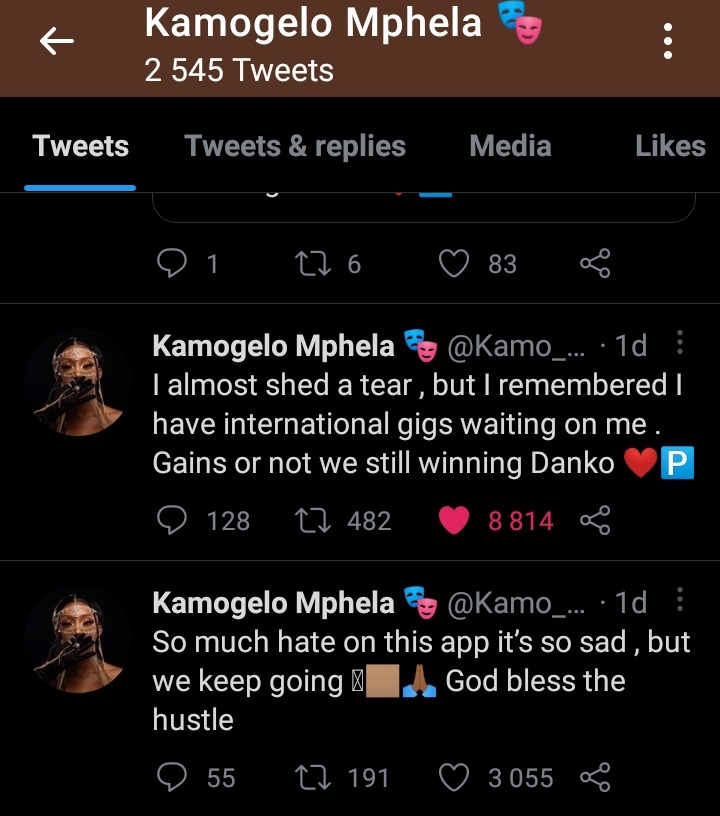 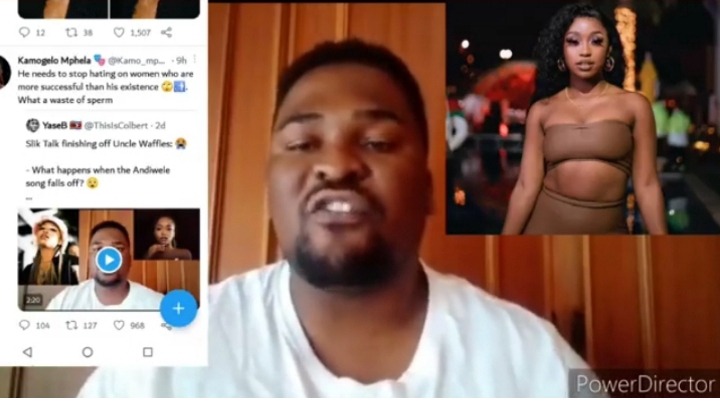