Sad News For Uzalo Fans As Zekhethelo Is Leaving The Show 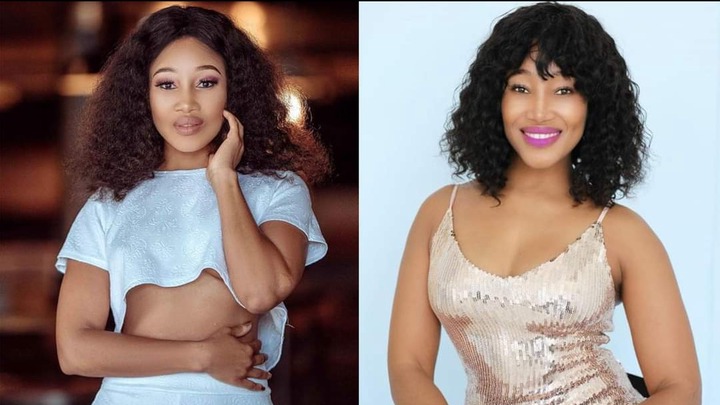 Sad news for the viewers as Uzalo's Nyalleng Thibedi is leaving the show, she acted the character of Zekhethelo this is after four years of being with the show. But viewers will see her for the last time today, on the 10th of September 2021.

She's apparently leaving the show after so many years being on the screen with people growing affectionate for her, because they will be watching her on the screen despite the fact that she can't speak Zulu.

Despite the fact that she is not a Zulu, she was able to portray a character of a girl who was a Zulu and she excelled, she really is commendable for taking up that role and making it one of the most likeable characters in the show. 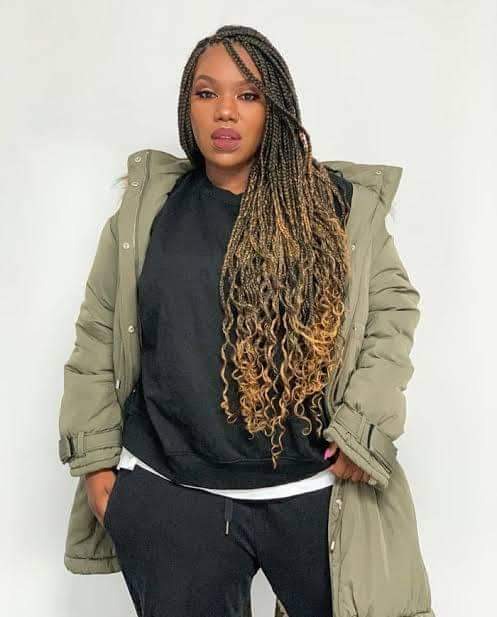 There have been many rumours before now – saying that she is going to leave the shop after many years, however all those times it seems like it wasn’t true or minds were changed.

However, now it seems like it is very true and it has been reported that she will be leaving the show tonight, we know that Gugu Gumede who plays Mamlambo is going to take a long deserved break from SABC 1 drama series Uzalo so that she can have the time to mourn her mother, Zanele kaMagwaza-Msibi who has sadly passed away.

Many viewers have grown fond of her character and are going to be sad that she's taking time apart, but we'll welcome her back later on in the show when she is ready to continue her character's storyline. 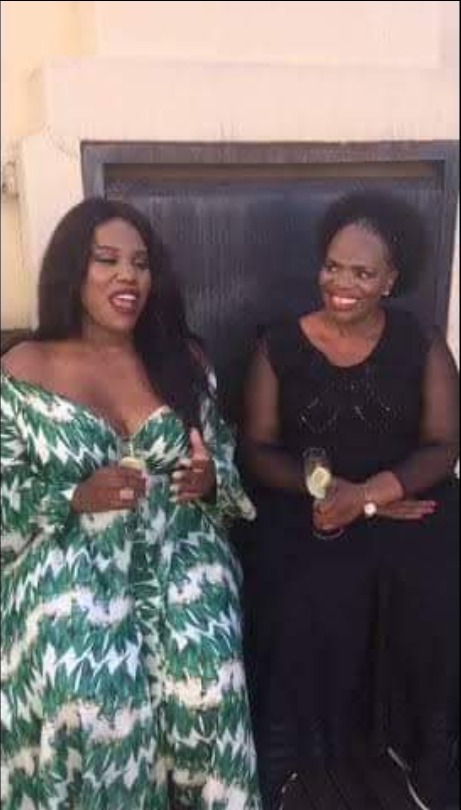 It is unclear why she's leaving the show all of a sudden because it seems like they were going to proceed with marriage arrangements on the show, the marriage between Zekhethelo and the preacher.

While most people were hoping that they would reconcile their differences and it seemed like they finally did that in last night's episode, now the news that she might be leaving the show have come as a surprise to many viewers of the show. 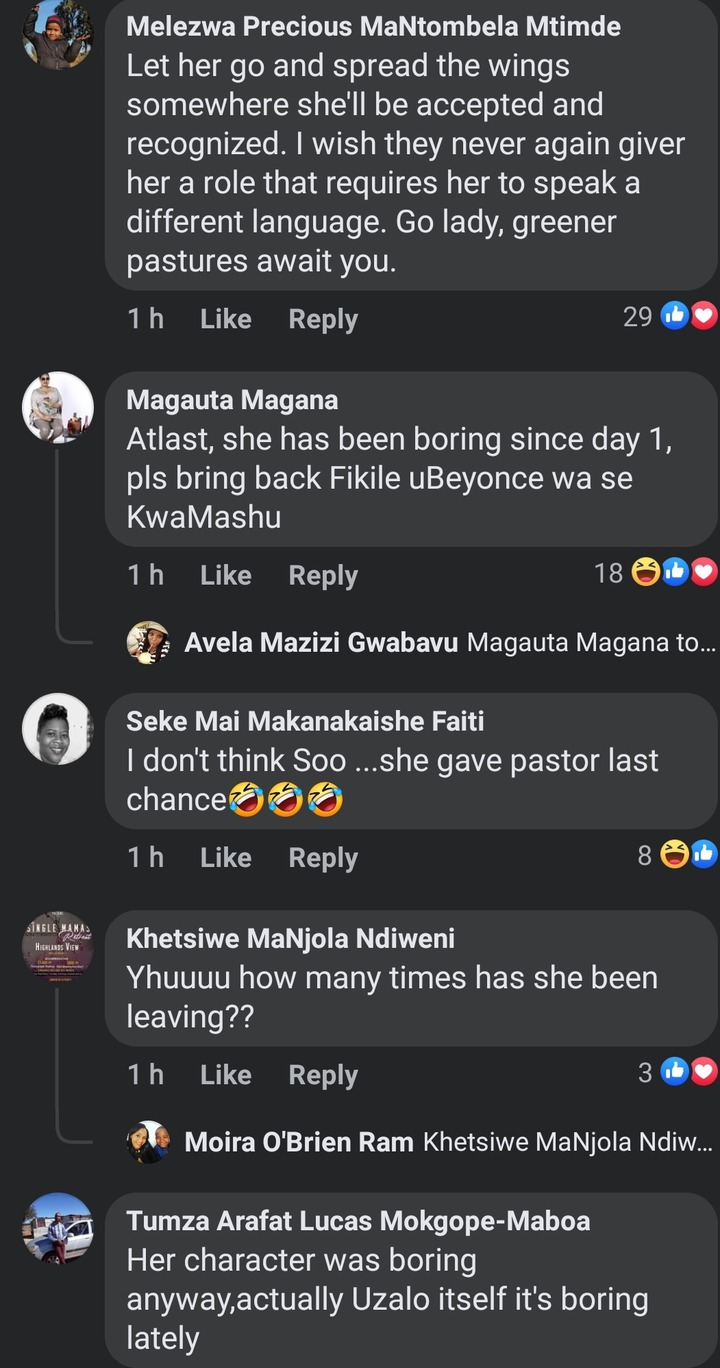 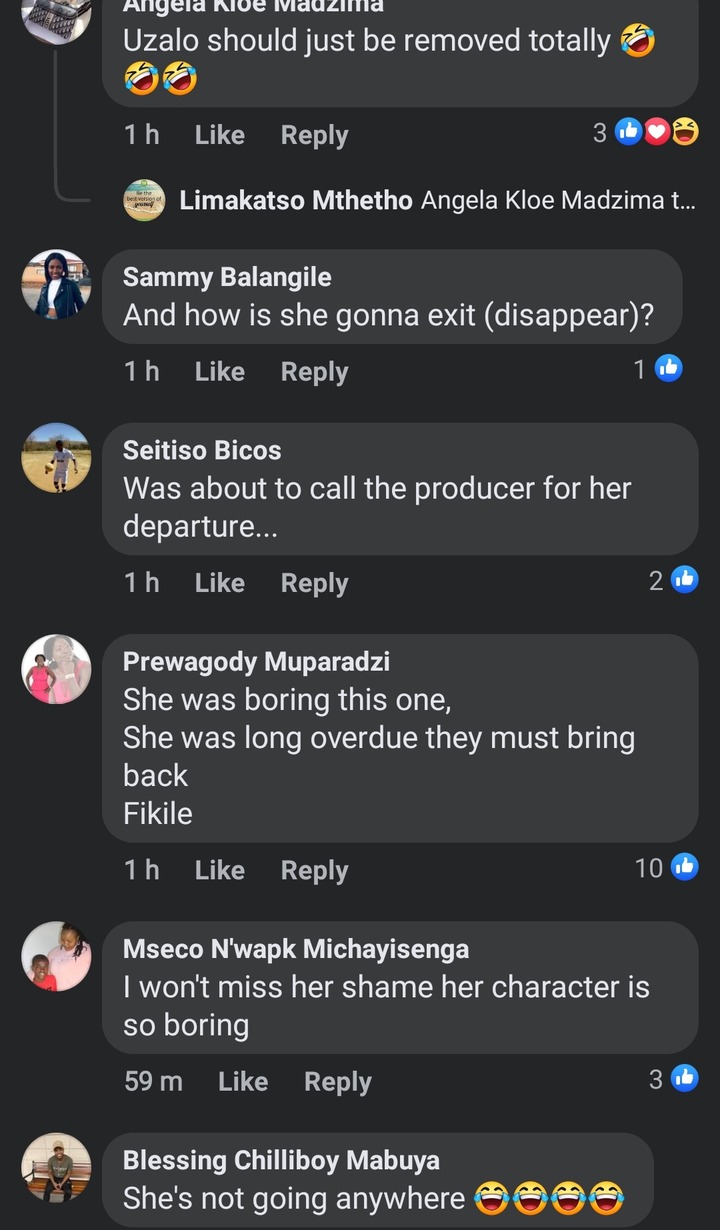 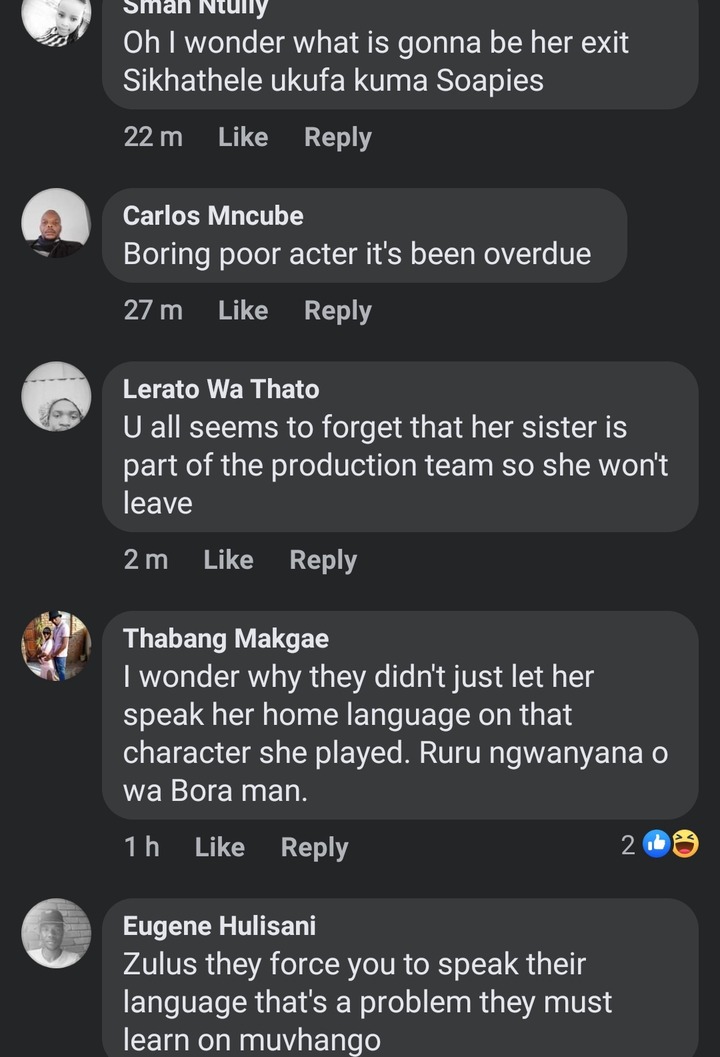