By RefilweSylvester (self media writer) | 8 days ago

Fans and admirers exist for all celebrities, including imaginary ones. Some people, on the other hand, are willing to go to extremes to look like their idols.

We compared celebrity images to their doppelgängers and discovered that some of them could put up a show as doppelgängers! 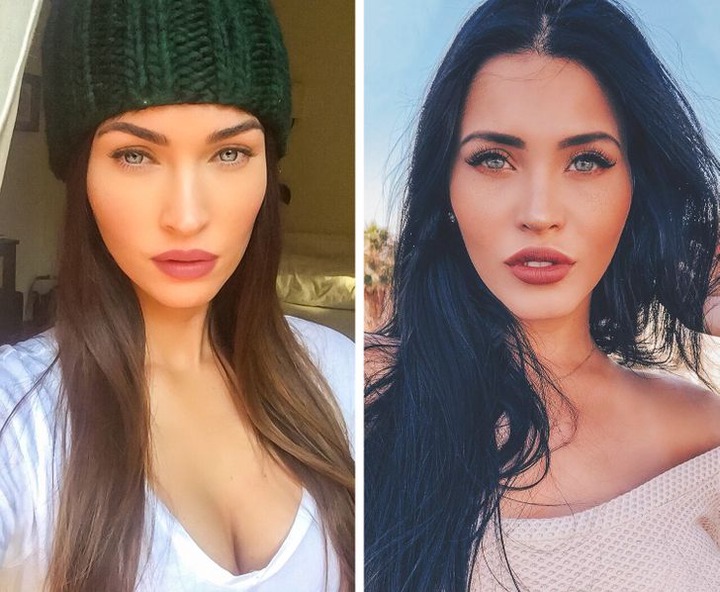 Which of these two Megan Foxs is the real deal? The one who wears a hat. Are you perplexed by their resemblance? We're in the same boat. Claudia Alende, a Brazilian model, appears to look more like Megan than the actress herself. Here's another interesting fact: Claudia has more than 2 million Instagram followers, which is higher than Megan Fox. 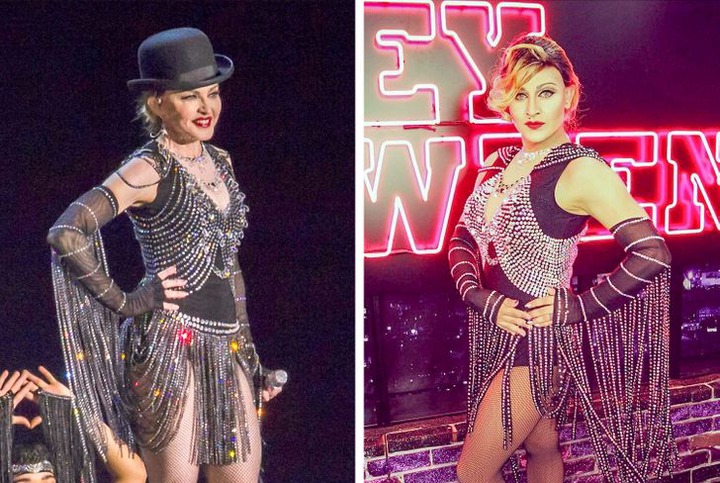 Adam Guerra of Los Angeles took 12 years to realize his dream of looking like the iconic pop icon. He stated that it was all well worth it. He's one of Madonna's most well-known doppelgängers, and he's a regular on the Venus D-Lite show. 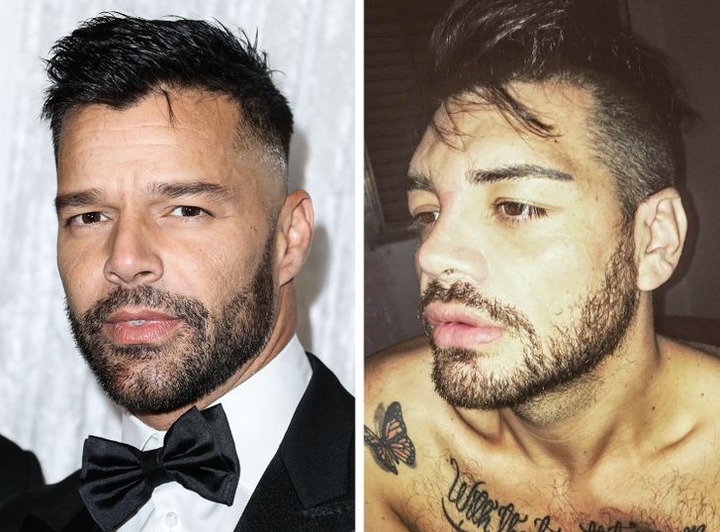 Fran Mariano, an Argentinian, has been attempting to achieve his aim of looking like Ricky Martin for several years. Fran had to lose a lot of weight to accomplish this. Before his change, he looked like this (left photo below). 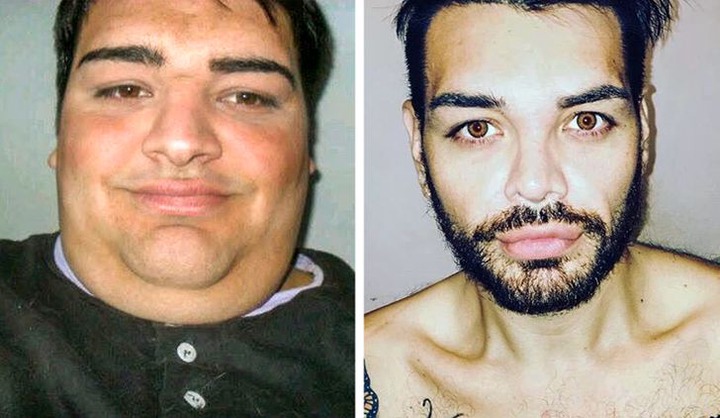 It's hard to realize he weighed nearly 380 pounds. Fran appeared on the show Cuestión de Peso in 2011, when he was assisted in losing weight. 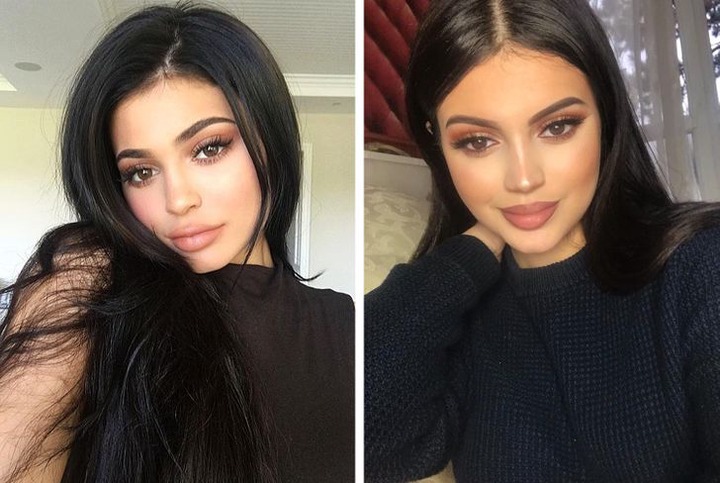 Kylie Jenner, the Kardashians' youngest sister, has an Instagram doppelgänger from France. Amira Boualleg is her name. She is 16 years old and lives in Paris. She claims that people stare at her as if they've seen her before. Amira, like Kylie, is obsessed with cosmetics and intends to one day establish her own line. 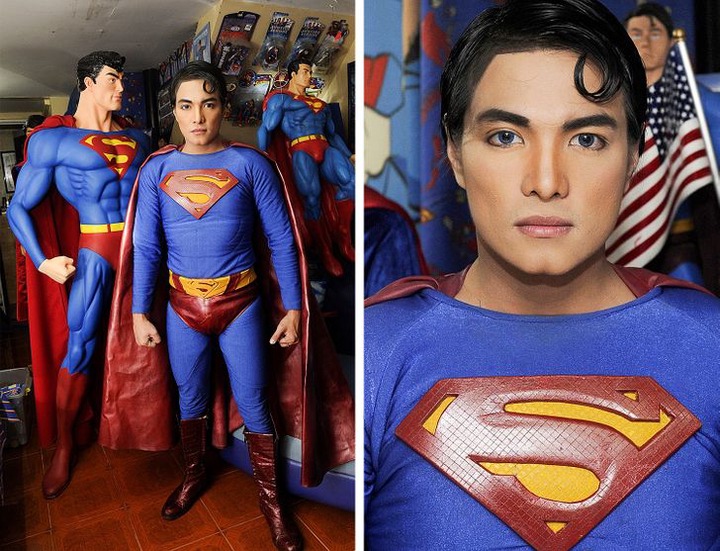 Herbert Chavez, a Filipino Superman devotee, endured 26 procedures to become his comic book hero. He's been collecting Superman action figures since he was four years old, wanting to one day be like him. When he turned 37, his ambition came true after a lot of hard work. Herbert is sure that it’s all entirely worth it. 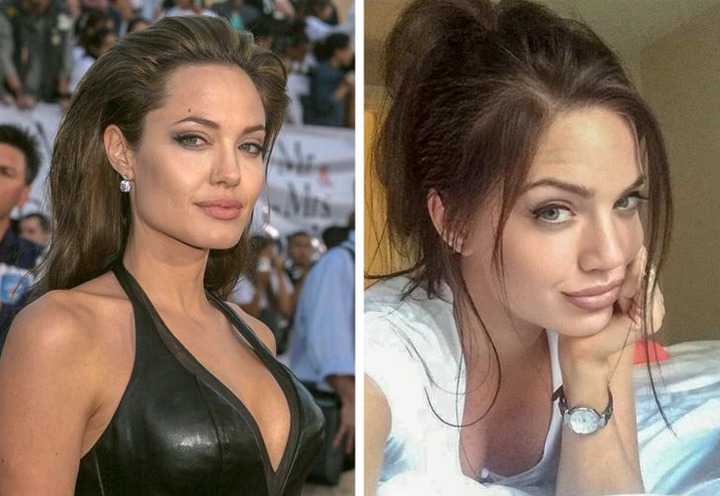 Chelsea Marr, a British woman, has been targeted by obnoxious Internet trolls due to her resemblance to Angelina Jolie. One of the main reasons Chelsea had to give up her modeling career and work as the actress' doppelgänger was because of online bullying. She admitted that, despite the negative feedback, she is pleased with her and Angelina's resemblance. She'd rather have that face than the Goonies' Sloth. 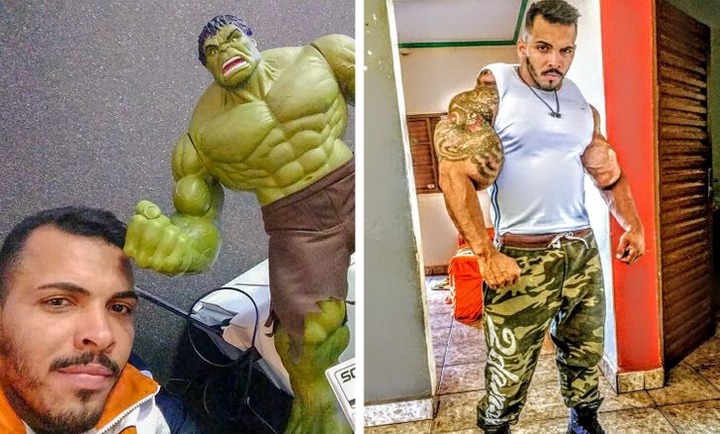 to resemble his hero, the Hulk. Romario chose to get synthol injections to make his arms appear larger. Unfortunately, if it hadn't been for the surgeons who saved him from amputation, his experiment could have ended tragically. 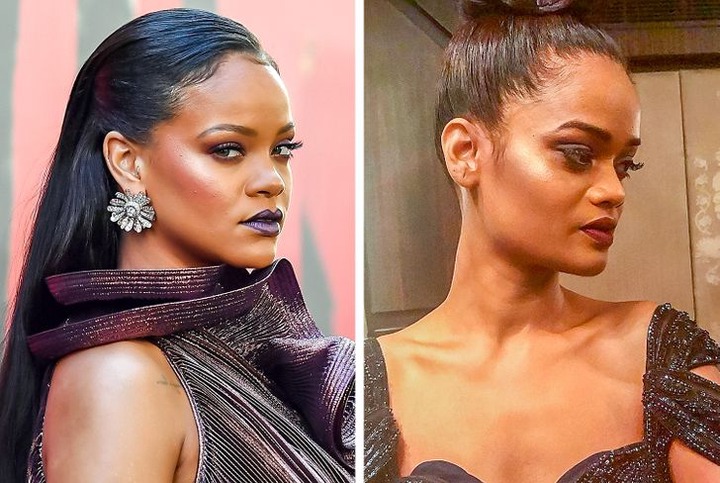 India, it turns out, has its own "Rihanna" in the form of model Renee Kijur, who is very proud of her resemblance to the singer. Rihanna's Instagram handle is badgalriri, but she has a similar account called badgalrene. Renee has benefited greatly from their resemblance. People in India prefer models with lighter skin tones, therefore girls with darker skin have a harder time finding work as models. 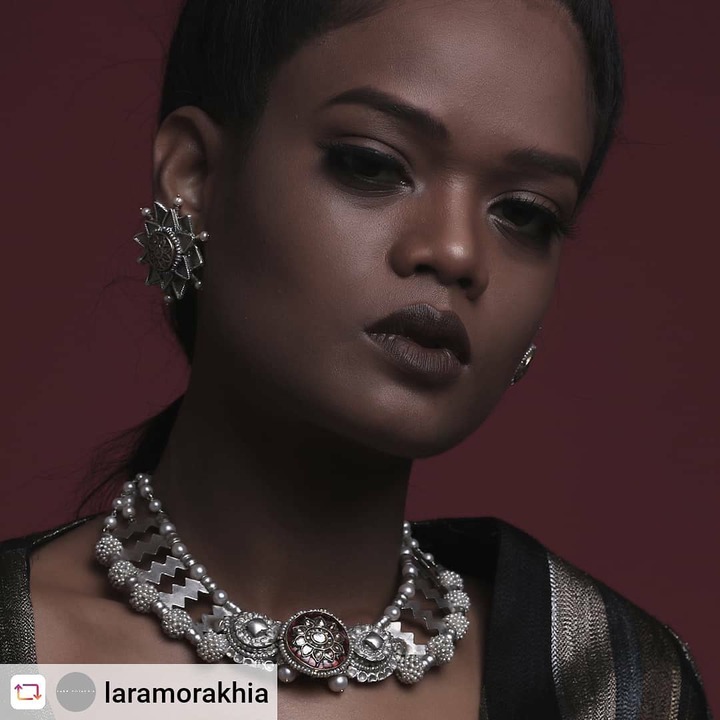 No one in India can disagree that Rihanna is a stunning woman, which is why Renee utilizes her likeness to the singer to extend Indian society's perception of beauty. Unfortunately, there are many prejudices in our country, and many individuals are interested in skin whitening. The photos of dark-skinned models are usually retouched to make them look more pale. 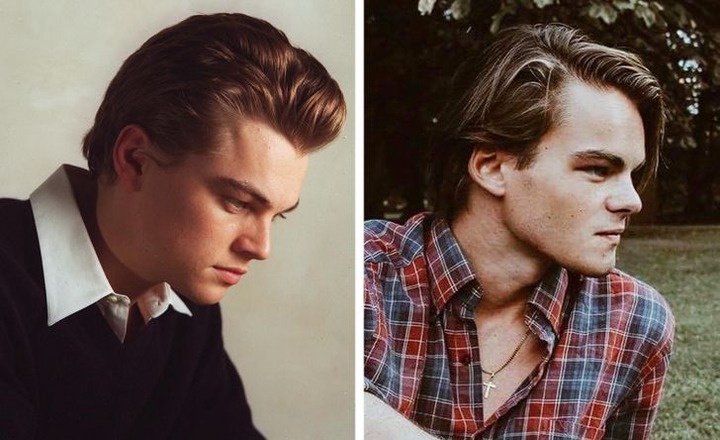 Konrad Annerud, a Swedish skateboarder and model, looks so much like a young Leonardo DiCaprio that he could easily play him in a biopic. Both Leonardo and Konrad, on the other hand, have a striking resemblance to Vladimir Lenin, a prominent historical figure. 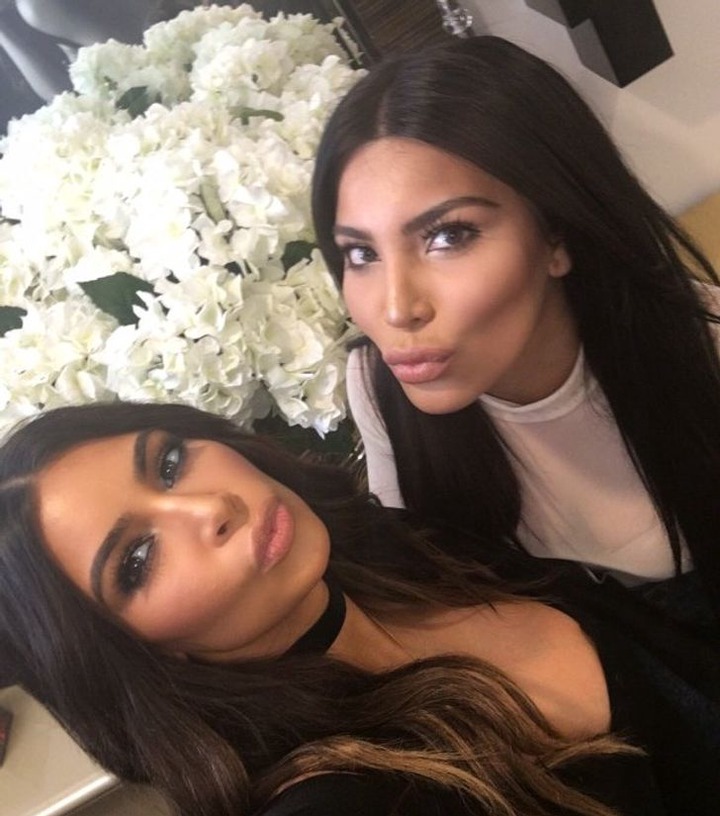 Kim has a slew of imitators, but Kamilla Osman of Canada is by far the most well-known. Kamilla claims she never intended to look exactly like Kim, but it just happened that way. She also took part in the filming of one of the Keeping Up with the Kardashians episodes, and Kim shared a photo of the two of them on Twitter. In this photo, it's impossible to distinguish who is who.

Jessica Rabbit, The Little Mermaid, and other characters — Pixee Fox 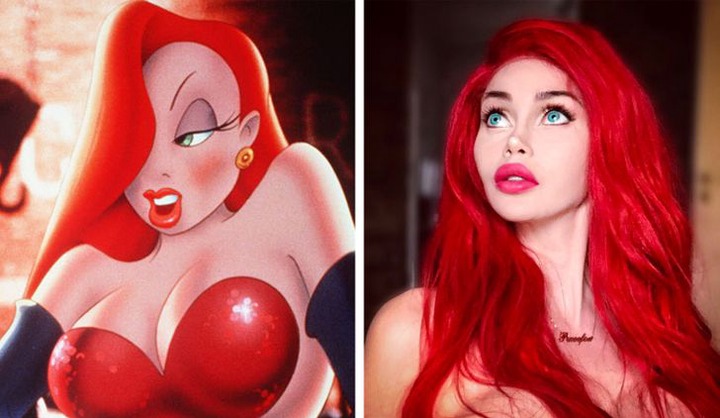 Pixee Fox, a Swedish model from Las Vegas, resembles multiple Disney characters at once. Jessica Rabbit is in front of the camera, while The Little Mermaid is in profile. 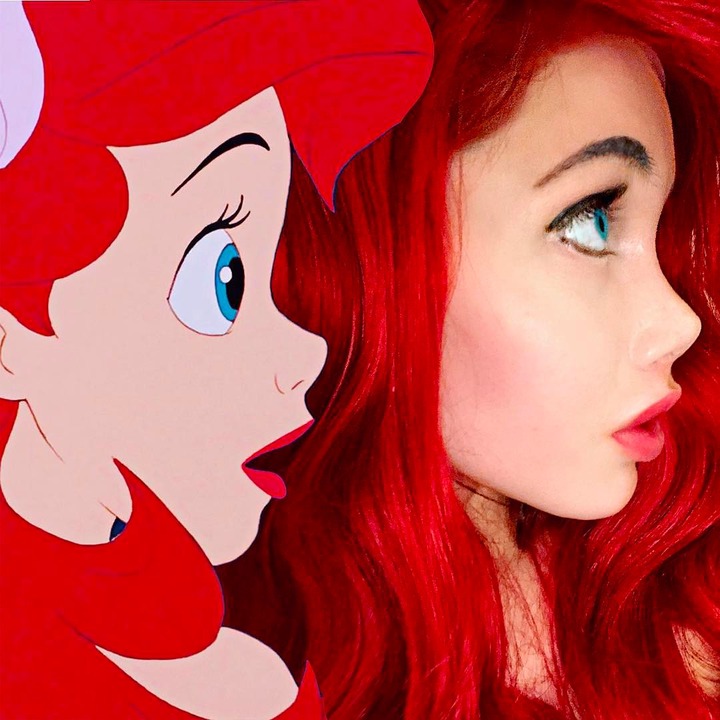 Most cosplayers stop at changing their makeup, wearing wigs, and wearing colored lenses, but Pixee went one step farther and underwent plastic surgery. She altered her body's shape, features, and even removed six ribs to get a Disney princess-like small waist.

"If money is the root of all evil, why do they ask for it in church? Opinion