I can see this turning into a viral joke right away. Bheki Cele lost his temper with a critic during a public engagement in the Western Cape, and he yelled and screamed at the man.

Bheki Cele must have had a real bee in his bonnet on Tuesday after the heated exchange in the Western Cape. Before the violence in Gugulethu broke out, the Police Minister had a frank conversation with the head of Action Society.

After'screaming' at a critic, BHEKI CELE becomes a viral sensation. 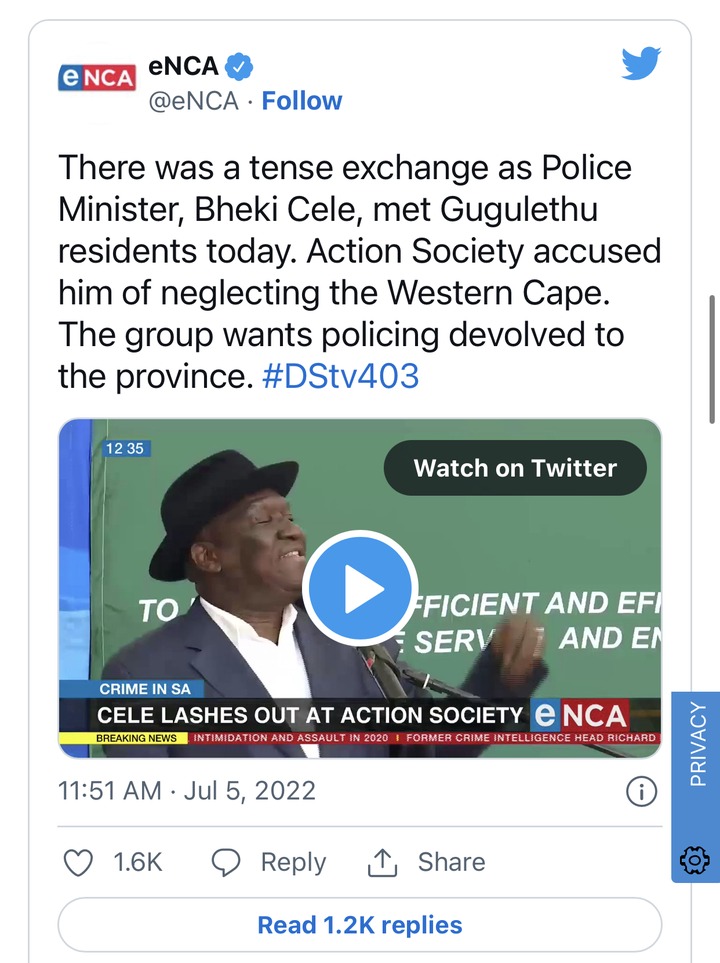 There is no doubt that Bheki Cele is not universally beloved in our country. Opposition groups have called for his resignation, and he played the villain in the lockdown phase of the COVID-19 pandemic by enforcing limits on things like drinking, smoking, and exercising.

NGOs like Action Society have also voiced their displeasure with Mr. Cele. Leader Ian Cameron showed up at today's gathering in Gugulethu to ask his own questions of the ANC stalwart. However, the situation quickly became more dire.

The Minister of Police does not respond kindly to calls for social action. 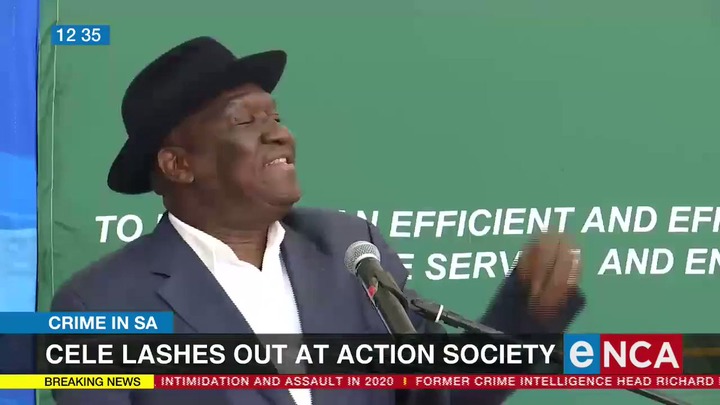 Bheki Cele lost his mind when he heard that he had been "neglecting the Western Cape." He urged Cameron not to "provoke" him, and then he yelled at the dissident. Cele yelled, "shut up!" and "go out!" multiple times, and eventually the cops escorted Mr. Cameron out of the building.

"PLEASE DO NOT lecture me about human rights. I have been locked up, subjected to freezing temperatures, and fed subpar food. Please don't inform me of it. It was a battle I was nearly killed in to defend. You should not challenge me since I have actually experienced what you have simply read about.

My mom's been called a kitchen girl, which she takes very personally. My dad worked in a garden. I refuse to put up with your b.s. Crowd commotion: [paraphrase] It's time for you to shut up and listen. Put your mouth shut... What you have said has been carefully considered. Put your feet up and listen up, young man. IN ANY OTHER CASE, EXIT! GET OUT!”