King Misuzulu requests the court not to recognize his stepmother's marriage

By DIKGANGG (self media writer) | 1 year ago 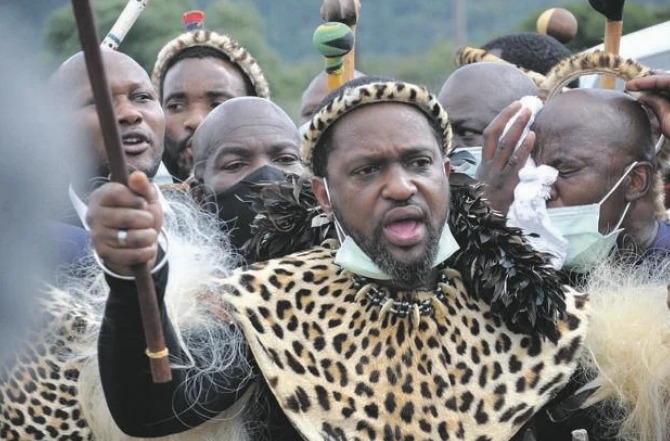 According to a report by Times Live In a stunning counterpunch, King Misuzulu KaZwelithini and a slew of other Zulu royals backing his disputed kingdom have launched a petition to have the late King Goodwill Zwelithini's first marriage to Queen Sibongile Winifred Dlamini-Zulu declared void.

According to civil law, the marriage took place on December 27, 1959.

He is backed in his application by Mangosuthu Buthelezi, the Zulu nation's prime minister and the administrator of his mother's estate, Queen Mantfombi Dlamini-Zulu, who was appointed regent "to hold the throne for the time being" after the father's death on March 21.

When the queen died on April 29, Misuzulu was given the opportunity to claim the kingdom.

Queen Sibongile Zulu and two of her daughters have filed a case in the Pietermaritzburg high court to challenge his ascendancy.

The princesses declared King Zwelithini's will to be forged.

Queen Sibongile Zulu claimed she was entitled to a half portion of the late king's estate, which included all tribal areas under his authority, because she was the sole wife married under civil law and in community of property.

Buthelezi stated in his affidavit in support of the counter-application that the late king's will was authentic and that he had made his succession wishes known throughout his life.

In provisions of the KwaZulu-Natal Traditional Leadership and Governance Act, it was also apparent and settled in customary law that the late queen's eldest son would follow the late king, and King Misizulu's succession was a "forgone conclusion."

Both parties are yet to go for hearing.

WHAT ARE YOUR THOUGHTS?

JUST IN | Malema roasts absent fathers after saying this for National Women's day, see below