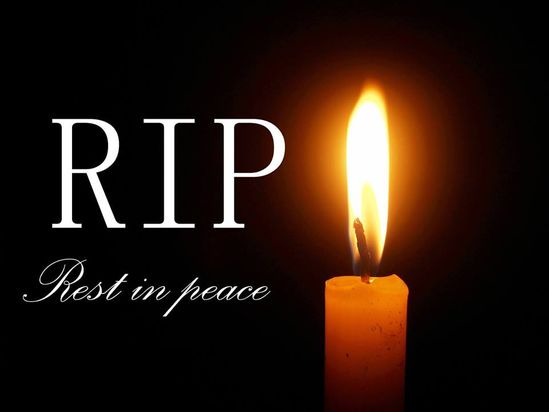 Rest In Peace: Winnie Mahlangu has sadly passed away.

A radio personality who became the very first woman the SABC employed permanent as a broadcaster has died. Winnie Mahlangu died this morning in hospital in Pretoria. She was 87. 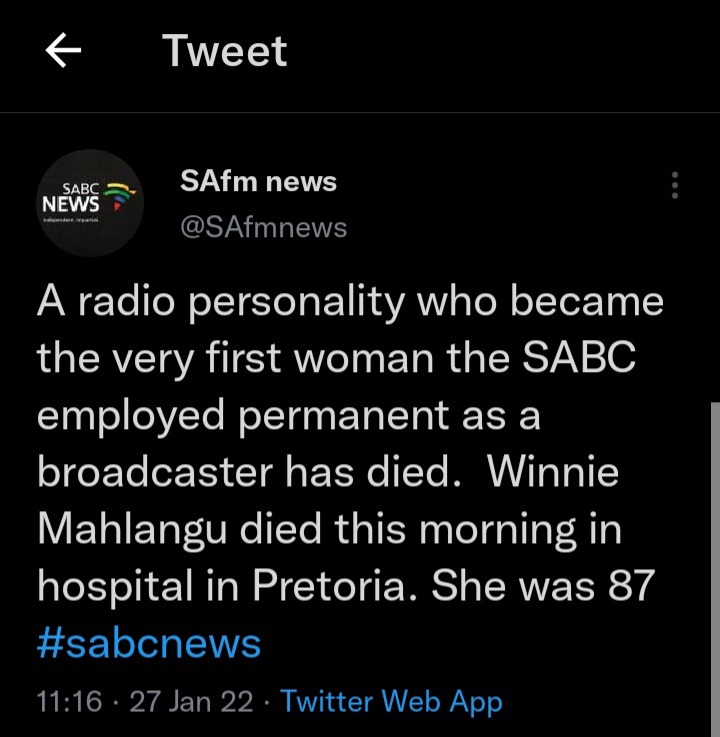 The radio personality, Winnie Busisiwe Mahlangu, made history when she became the first Black woman to be employed permanently by the SABC for Radio Bantu in 1962. It was during that period discrimination against women and Black people was rife in the SABC. She was born in Witbank, Mpumalanga in 1934.

Before the pull to broadcasting, Mahlangu obtained her Teacher’s Diploma at the Middleburg Training College and taught at a primary school in Wattville, Benoni. When the SABC decided to regionalise the ethnic radio stations, isiZulu-speaking broadcasters – including Mahlangu, who was the only woman – were transferred to Durban to establish the then Radio Zulu station (now known as Ukhozi FM), for KwaZulu-Natal listeners. 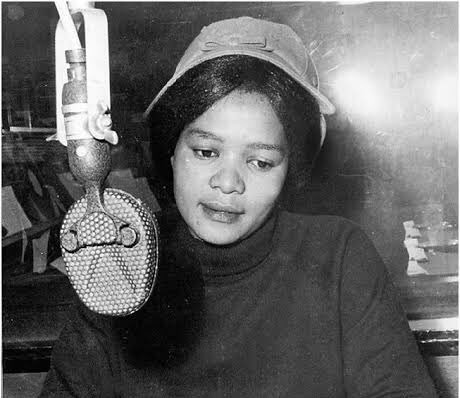 She served the SABC for 30 years. She was promoted only in 1992 to senior announcer after much contestation. Her programmes focused on empowering women economically both in rural and urban areas. Fellow radio announcer KE Masinga named her ‘uMafungwase’ (first-born), as she was the only woman amongst men. She specialised in women’s programmes and has travelled extensively. As a linguist Mahlangu discovered the rich talent of the late Thetha Masombuka, the popular radio sports commentator and radio announcer.

A campaign was launched in 2020 as part of Women’s Month commemoration in honour of the late Ukhozi FM’s first woman broadcaster, Ms. Winnie Mahlangu. Last year, the competition was won by Bingelela Mpanza. Mpanza says she will remember Mahlangu as a legend who paved a way for many South African women. 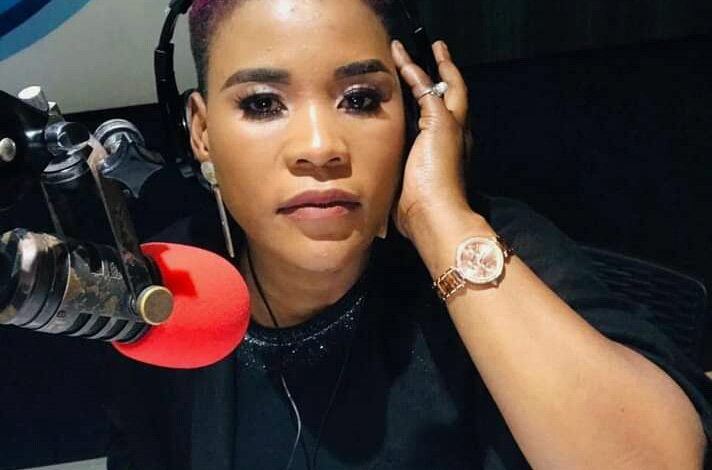 Condolences to the family, friends and those who were following her especially the lovers of Ukhozi FM. She has left a legacy and she was a legend!