By Greatyone (self media writer) | 20 days ago 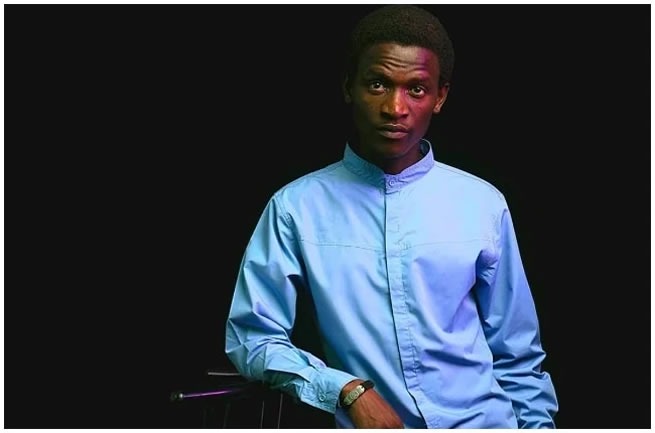 Chrispen Nyathi is Charleston Ncube in Mzansi Magic's DiepCity. Nyathi enjoys portraying his part because he is always ready to pray and break into worship music at any time.

The actor, from Bulawayo, Zimbabwe, just received the Viewer's Choice Award for best actor at the 2021 Royalty Soapie Awards.

"This honor gives me confidence in myself, which is something I've struggled with, especially when dealing with huge names. "I never felt like I was doing enough,"

"This award validates my good work, even though I can do better. It shows I'm still on track. It also gives hope to young students who want to come into the industry, whether they are from South Africa or Zimbabwe."

In the Diepsloot skwatta camp, he is Asanda's (Zikhona Bali) devoted companion and a nice young preacher on a quest to save many broken souls. But Chrispen claims Charleston isn't as perfect as he appears.

"Charleston is a young Zimbabwean preacher who dreams of running a large church with many members. In his mind, he wants to be a pastor who works for God and serves Him. "He is honest, but the pressures of life get to him, and when people don't listen to him, he tries other, less ideal ways to get into people's hearts," he adds.

Chrispen admits that while he and Charleston have a love for God, music, and the church, Charleston isn't as genuine as he is.

"He's not the typical on-screen character, and that's what I like about him."

Chrispen's passion for playing began with a little role in a school play.

"I started acting in 2004 when I was in 5th grade. At Hillside Primary School in Bulawayo, each grade 5 class had to perform a short play. "I only had a 10-second role, but I knew it was something I wanted to do forever," he says.

"I had no idea I could make a life doing it. I knew I wanted to do it because of how the other kids moved, spoke, and raised their hands. That captivated me."

Although performing was a boyhood dream, the actor was unprepared for the difficult road to becoming a recognized actor.

"I've been in the game for six years, but this role on DiepCity was my breakthrough in my sixth year. "It took until 2021 for doors to start opening for me," he says.

My first feature film in 2019 was my breakthrough, but you never know until you know. There are times when you want to give up, but because it is a calling, you find yourself returning to the craft."

Luckily for Chrispen, the producer of DiepCity, Mandla N, spotted his ability in an Instagram live video.

In order to help new performers break into the industry, Mandla N holds weekly auditions on Instagram Live. I chose to join and auditioned for him. It took a lot of auditions and callbacks before I got the job in Charleston, "he reveals.

Pastor Charleston is also known for his lovely voice, which Chrispen wishes to develop and use later in a musical career.

"I have a good voice that will attract churchgoers, but I am not sure if it is a national voice. Not sure if it's a voice ready to record albums and perform for audiences, as I still need some training. He hopes to pursue a music career in the following two years.

In the meantime, the self-taught actor plans to study at the market theatre to improve his acting talents.

"I hope to play on major stages in the next five to six years. "Hollywood needs some of its best actors to come to Africa," he says.

"For the rest of 2021, expect more Charleston with a twist. "It's more of a reminder of the first Charleston they saw," he teases.

A lady cries out after she brought a wig from @deluxe hair, what she ordered is not what she got

Maputla’s Family in big trouble. See What Will Happen.

Rachel Kolisi 'sobbed' after reading Siya's book: 'There were so many stories I'd never heard before

Good News to All Sassa Beneficiaries Who Hasn’t Claim their funds, Here’s When You Can Claim It

You Don't Want To Be Like Me: Junior Khanye's Warning Against Alcohol Abuse and Drugs