Aka back to performing

By Beautyk.Entertainment (self media writer) | 22 days ago

AKA returned back to performing after taking time off to Heal after fiancé Anele Tembe fell to her death in April this year.

AKA released new music with Costa titch. He said in an interview that he was working with Costa titch on the album at the time of his fiancés death. The project has to be put on hold for some time in order for him to go through the emotions that comes with losing a partner. He said he went back into studio and came out with a great hip-hop album. He said although people expected him to come out with all the heavy stuff he wanted to get the Grovey songs out of the way. He confirmed that he is working on a album which he will go into details of his emotions during that time. It will probably be released this month on the birthday month of his late fiancé Anele, and will probably be called tears run dry.

He is out and about doing performances currently with Costa titch on their new album. Check out pictures from his weekend below. 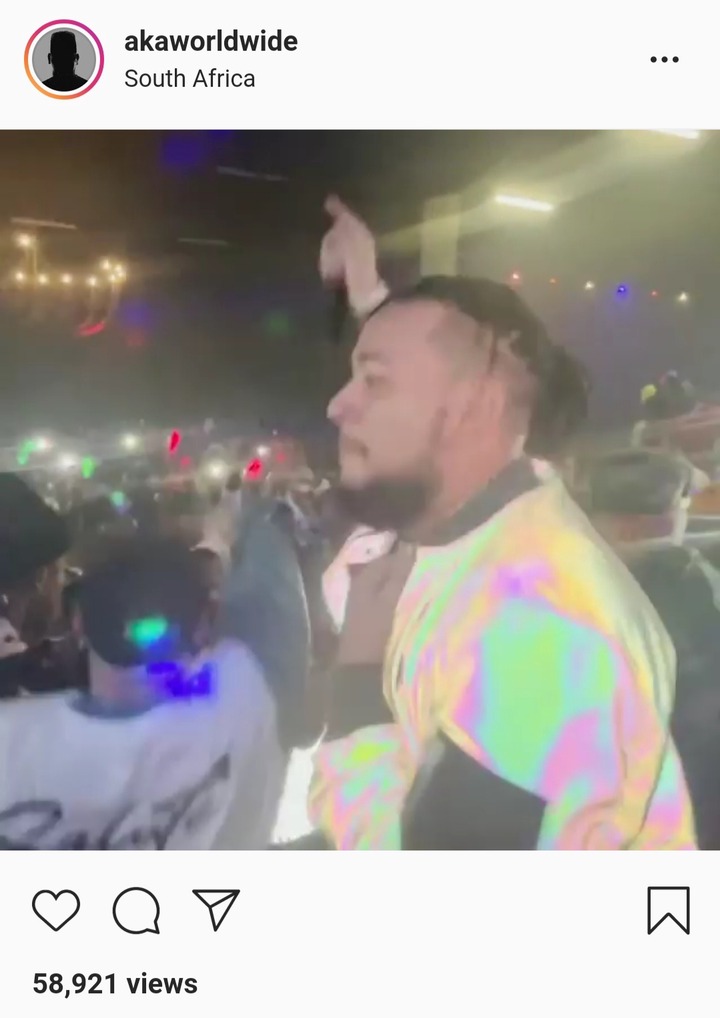 Women Left in shock after wife discovers this about her husband

Senzo Meyiwa's Brother : " These People were Brought in to Delay the case."

VIDEO: Controversial Zimbabwean prophet goes viral after what she made a woman do on stage