By Current_Affairs_SA (self media writer) | 6 months ago

Over the years, finding out that you somewhat look like a certain celebrity, would probably get you some serious attention on social media. A lot of people have gotten popular because they look like a certain celebrity that is well-known. One example is the WWE superstar Rob Van Damme, who looks like Jean Claude Van Damme, so his popularity was based on the movie star Jean-Claude, and Rob being his brother although they are not even related, they just look alike.

DJ Lamiez, is one of the biggest and most influential females in the music industry in South Africa. She has gained a lot of fans hearts because of the way she upholds herself.

Well, Dj Lamiez posted an image on her Twitter account, and on the image, she was posing next to a lady that most people are saying looks like her. We can see from the image that the lady that Dj Lamiez is posing with even has the same hairstyle that she has, and she's dressed relatively similar to the way she dresses. 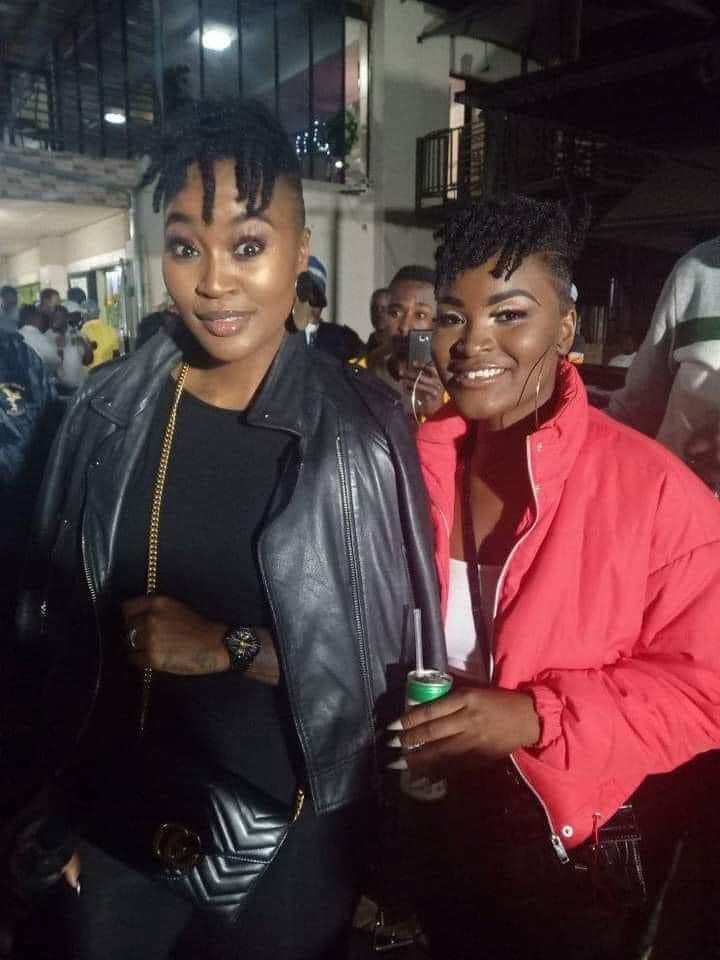 The major difference between the two is the height part from that, I'm sure we can all agree that they do look alike, although it's not an uncanny resemblance they still do look like they could be related. They also have some similar physical features that stand out.

DJ lamiez was kind enough to take a picture with her, and the picture has been all over social media sites, and a lot of people are agreeing that they do look like they are related.

Well, we don't know this young lady's name right now but I'm sure she is going to gain some social media attention over the next couple of days, because like I mentioned before, people who look like celebrities get quite the attention.

Stunts gone wrong, have a look at the pictures