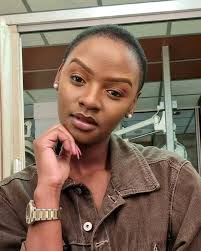 She has four sisters and one brother, and she is the youngest of the family. Her mother had to work really hard to provide for Zonke and her five other siblings; she has four sisters and one brother. While dancing has always been Zonje's first passion since she was a child, she eventually pursued a career in acting, but her ultimate goal was to become the best and most well-known dancer in the world. She claims that dancing made her happy and helped her forget about her issues; nevertheless, it appears that her professional path ended up taking a different turn and she is now pursuing her dream of becoming an actress. She has been in a number of South African soap operas, and she is currently portraying the character of Imani. She grew up in KZN and later relocated to Johannesburg to further her education and pursue her acting career.

Fans adore Zonke because she is so natural; she has always embraced her natural beauty and does not believe that she requires make-up in order to appear and feel attractive. She is a really gorgeous and humorous actor, and I enjoy her as a person apart from the character she portrays on Muvhango. However, I would give anything to have skin tone like Zonke's exquisite melanin, which she possesses. She is one-of-a-kind and extremely exceptional, and she is also the reason that so many people continue to watch Muvhango on a regular basis. As an actress, she certainly has a bright future ahead of her, and we hope she will pursue her ambitions to become one of South Africa's most talented dancers.