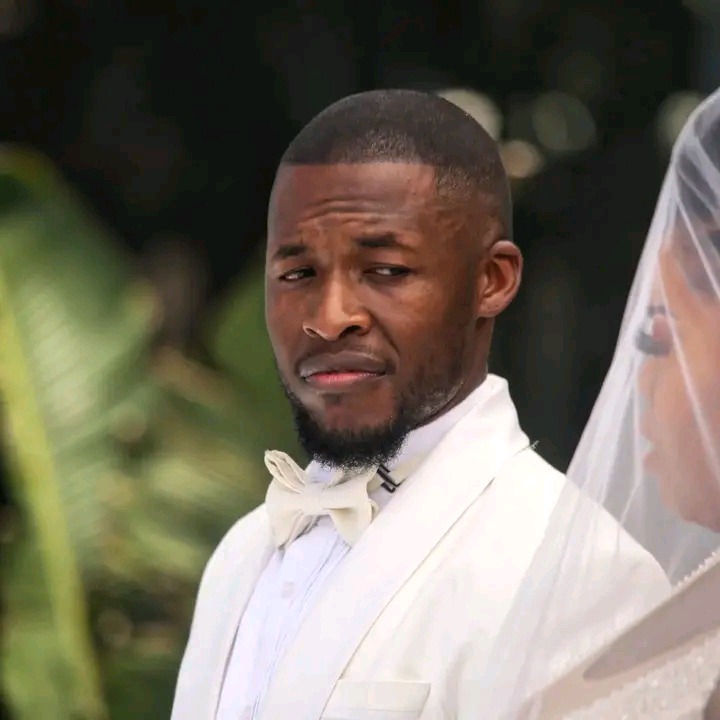 Durban Gen Actor Despise His Role On The eTV Soapie 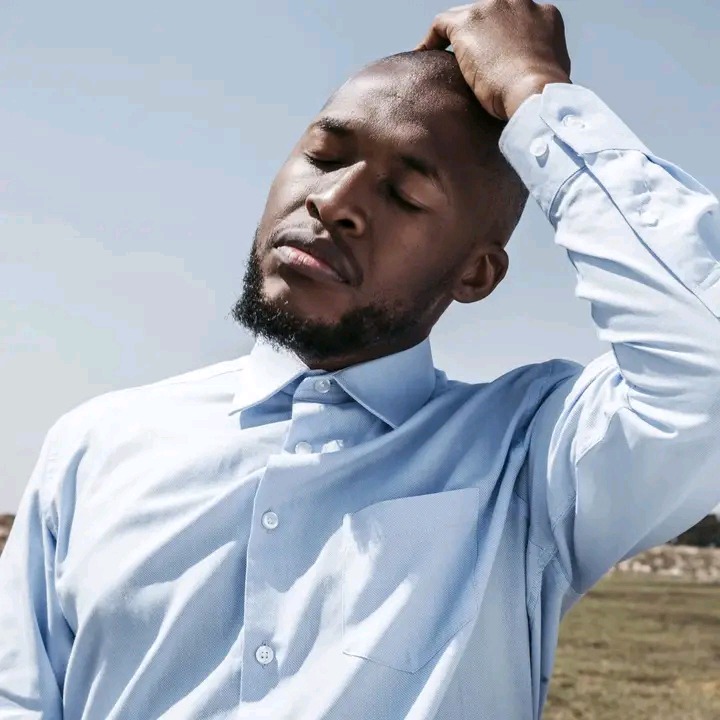 It's highly unlikely for actors to open up about their dislike for characters they often portray on the small screens, one actor had his reasons for despising his character on the popular eTV telenovela. Durban Gen introduced it's viewers to Doctor Dhlomo who has been the eye candy of the telenovela. It seems the character has been too heavy to carry as it reminds the actor of a painful past he would like to forget. 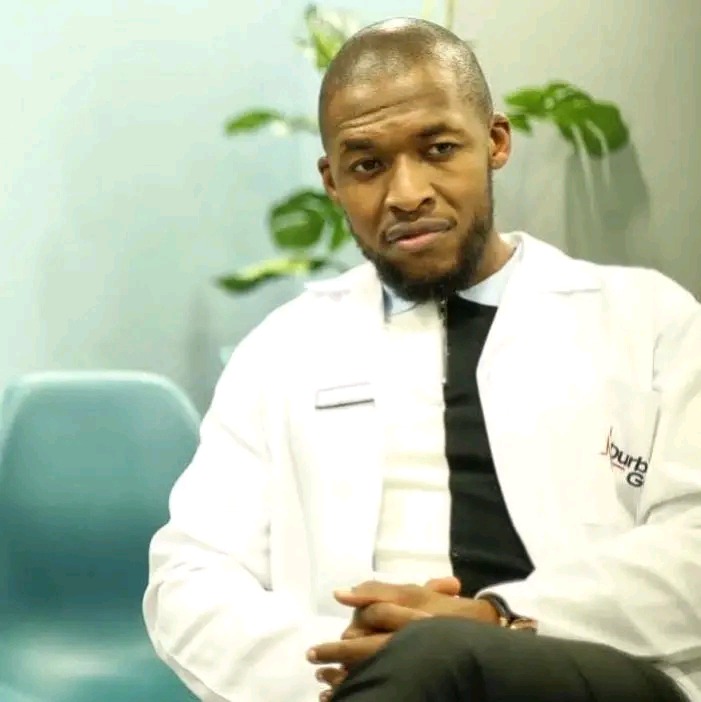 The talented actor Nyaniso N Dzedze portrays the role of Siphesihle Dhlomo on Durban Gen, the actor has been on our Tv screens since the year began and he has been well received by the viewers of Durban Gen. The actor opened up on his Facebook page about the challenges of portraying a role of such character that has little regards to women's feelings. The actor started his statement by acknowledging that he is far from perfect and added that he never thought he could bring a role like Doctor Dhlomo to life.

According to Dzedze his father physically abused his mother when he was an infant, luckily his mother was able to leave the relationship behind when he was only two years old.

I never really saw myself as a great man even though I wanted to be seen as one since I was boy.

I barely see myself as a good man despite all that I stand for. But, never did I imagine that I would find a man like Siphesihle Dhlomo inside myself.

My father beat my mother when I was an infant and thus she made a stand for herself, left that relationship and has raised me by herself from my age of 2."

The actor added that it's been so challenging to fully connect with the character, he stated that he made a vowed to himself that he will never physically abuse a woman, his decision is based on what his mother went through in the hands of his father. Dzedze dived on the issue of Gender Based Violence that's currently causing havov in the country, he stated that playing such role on TV has been one of a big challenge in his acting career.

"I have worked hard to find HUMAN REASONS for WHY Dhlomo is what he is, but for the first time in my acting career I find myself playing a person I struggle to connect to.

It hits different for me because after my mother went through it, I vowed that raising my hand to a woman is something I would never do.

It hits different when GBV is so rife in our society right now and women are dying daily.

It hits different because I myself strongly judge GBV perpetrators.

Here's another broken man that the world still has no tools to fix. 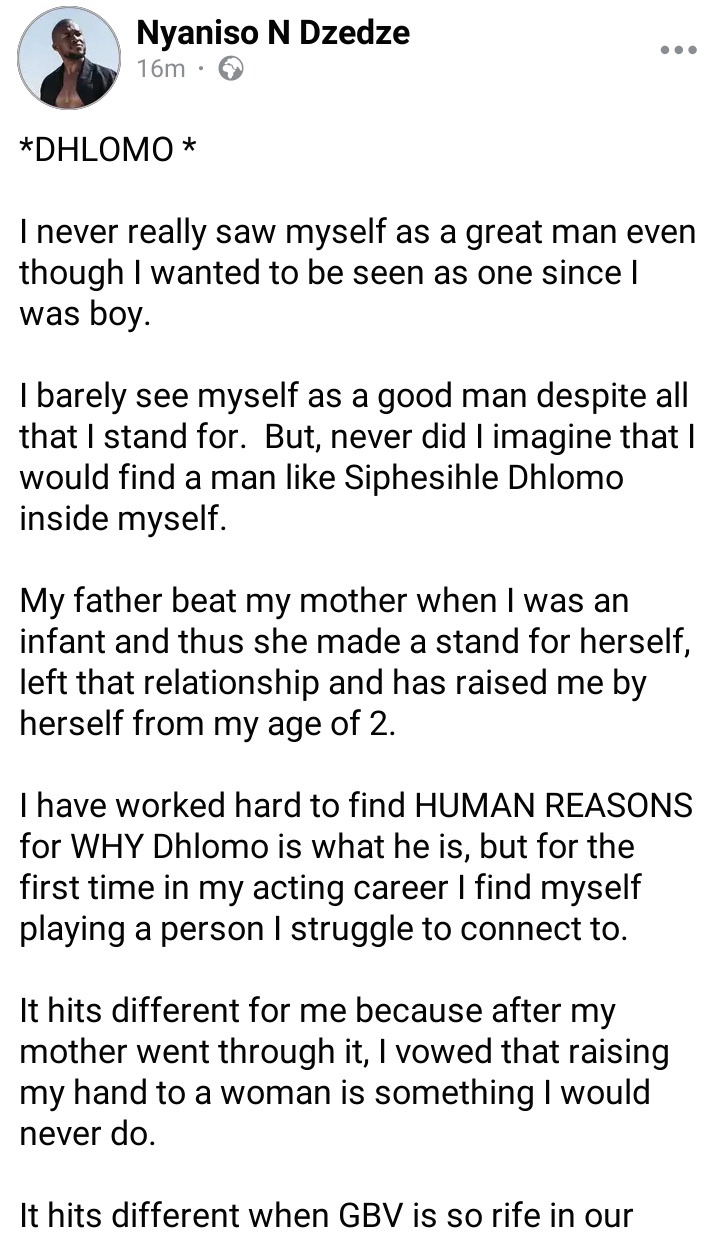 The eTV telenovela has been reported that it will stop airing by January 2023, this is caused by the decline in number of viewers.