By @Hopeful (self media writer) | 7 months ago 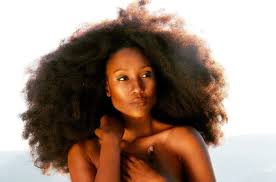 Growing up as a young lady for Zoe Mthiyane was not with a palace experience primarily because she was raised in a polygamous environment. Apart from that, her battle against low self-esteem was another experience that called for her mother's intervention, it took her some time to help Zoe overcome it so she could build confidence in herself.

What else is worth knowing about the mother of two? Read on the article to discover exciting facts about her.

Initially a model but now better known as a soapie star. Zoe has walked her way into many fans crush list for many years because of her level of professionalism in what she does. Best known as Zitha Langa on Generations, the one-time "unwanted ugly girl" has become a figure that so many people wish to associate with now. But then, if you knew where it all began from, you will agree to thie point that she has really come far, based on the level of fame that she's enjoying now.

It is impressive considering how Zoe Mthiyane moved from grass to grace, considering the events that surround her upbringing. Polygamous background is an experience that no child ever prays to have, but infourtunely for Zoe, this became her fate.

Zoe's father was married to five wives of which her mother was the youngest of all the wives. Her mother had six children together with her father, two girls and four boys.

The Mthiyane family hails from Mabhuyeni in Empangeni, KwaZulu-Natal. According to Zoe, in her environment their house was the only one that could boast of electricity. At the age of just 5-years-old, her parents sent her to the Little Flower Primary as well as a High School in Ixopo, both of which she schooled as a boarding student.

Despite some of the challenges that she went through, with her love for reading she came across "The Ugly Ducklings Story" and after reading through, she made up her mind to be that swan and this determination won her several awards eventually.

More so, while growing up, Zoe Mthiyane's height became so much of concern to her because it affected her relationship with her peers and so, they treated her like an "unwanted ugly girl". As a result of this, it became a strong desire in her to wake up someday and discover that she is short. But then, she had a defining moment after her mother won a beauty pageant in 1973. At that time, she made Zoe walk on heels so she could appreciate herself more and also entered her for beauty pageants to ensure that she gained her confidence back.

So far, Zoe's love life has been reportedly attached to two men in her life even though there was another rumour that she dated a former colleague whose name is Rapulana Seiphemo. But then, it is certain that she was once in a relationship with Robert Marawa, before she moved on to date Lebo M. Robert and Lebo, each fathered a child with her. 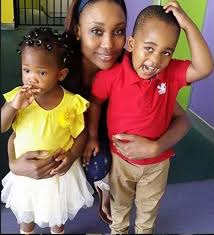 Zoe is alleged to have a drinking problem which has negatively impacted her relationship and her career as well.

Content created and supplied by: @Hopeful (via Opera News )