By Zana (self media writer) | 4 months ago 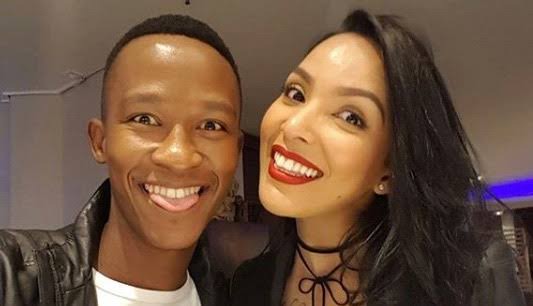 Remember when TV presenter and musician, Katlego Maboe was in hot water for allegedly cheating on his wife Monique Muller, and infecting her with an STD that was reported to be dangerous enough to cause cervical cancer and infertility late last year? In a video that was the talk of social media streets those days, the former Expresso presenter was seen confessing to have indeed cheated on his wife, however, he denied the sexual abuse allegations, and now he's back demanding money from her and three others.

"Kat I'm seriously... like you asked me to calm down, I'm calm now, you're not gonna waste more of my time. You're either protecting this person or you're going to walk away from your family, your son and that is your choice to make. It is your choice at this evening. Yes I'm giving you an ultimatum... I asked you to respect me, you understood that clearly at some point. You destroyed my entire life, you gave me a f**** STD that destroys my f**** womb and my chances of having another child, so don't f**** ask me about the ultimatum I'm giving you because I have every right to be angry and to demand the f**** truth. So you're going to tell me or you're going to f**** leave as I said. It's as simple as that! You know where your priorities lie. Yes I gave you an ultimatum, it's a s*** one, sorry for you, you f**** ruined my life so now you decide," his wife was heard saying, to which Maboe replied, "Okay it's Nikita", "Nikita who?", "Nikita Murray". "So you slept with Nikita Murray?", "Yeah". Asked how it happened, Katlego said, "We went out. Went to my hotel room and we slept together." That was pretty much the conversation in the video, with Maboe standing by the door wearing a robe and Monique furiously questioning him. 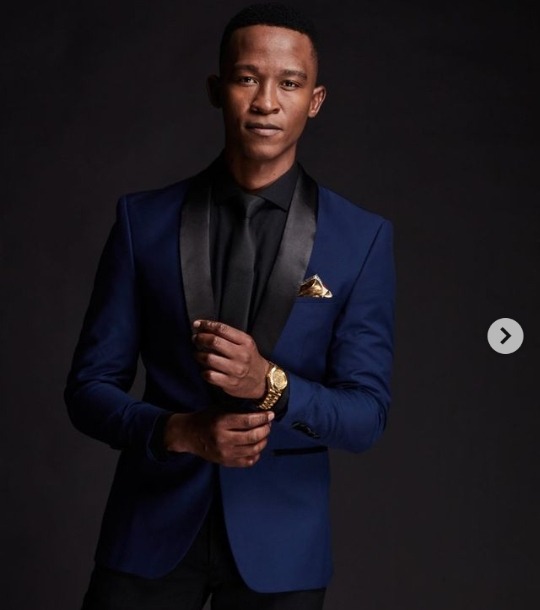 Almost a year after that scandal, Katlego is back and has some serious demands. According to Briefly, the award winning presenter and former Outsurance advertiser now demands R1 million from his ex wife, Monique Muller, her brother Sabrina Walters, the founder of Women for Change, and the chairperson of these judges of the Saftas, Dr Janet van Eeden. He allegedly claims to have lost income and suffered reputation and psychological damage, therefore, demands R1 million from each of these people.

But if we are being frank, he did lose a lot from that incident, he even took to instagram on the second of August this year to address how difficult it is to be grateful when the past year (2020) has taken away so much from us and everything for others, counting himself in - in the everything part. You will remember that in 2020 that is when covid broke here in South Africa and claimed many lives, then there was the implementation of lockdown where lots and lots of people lost their jobs. Basically, everything was just going south for almost everyone, and for Katlego? It is the year he suffered public humiliation for the first ever time since he started his entertainment career. He went from being South Africa's best presenter, following his Safta wins, to being a cheating husband that infected his wife with an STD; and things took a quick turn when it was reported that Expresseso and Outsurance dropped him. He did lose a lot; his dignity, his job/s, money. 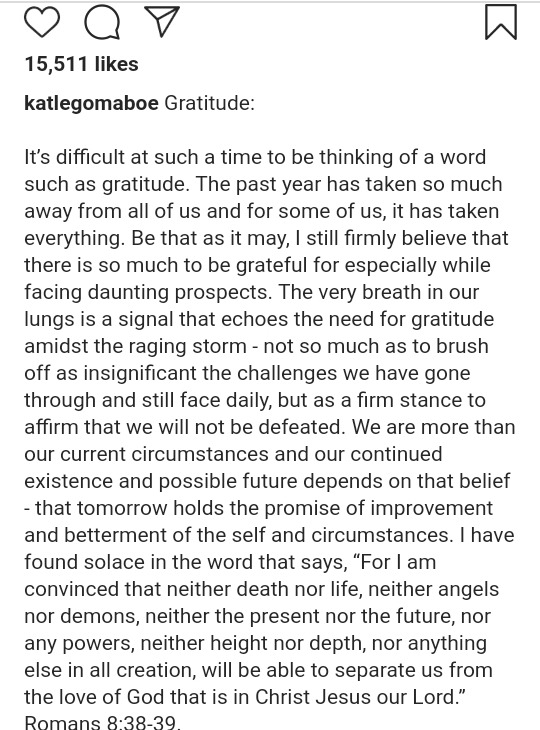 Tweeps had something to say regarding this issue. "But cheating is immoral not illegal, that video she put up cost him a lot of bags and tarnished his reputation, an STI is bad but I'm sure it can be cured, the gigs and endorsements he lost out on can't be", a tweep by the name of @TIDO_HHP tweeted, to which @AjayRakwena replied and said "no it can't [and] apparently it ruined her chances of having kids in future". It's clear that others are in full support of Maboe, since they are saying that he was done wrong because cheating is not a crime, while others are in full support of Monique because the STD that he allegedly infected her with is incurable. Another tweep, @MphoMoalamedi couldn't help but laugh at the "irony" that Katlego Maboe is the one suing for psychological damage when he's the one who did Monique dirty. I'm assuming she believes that it should be the other way around. 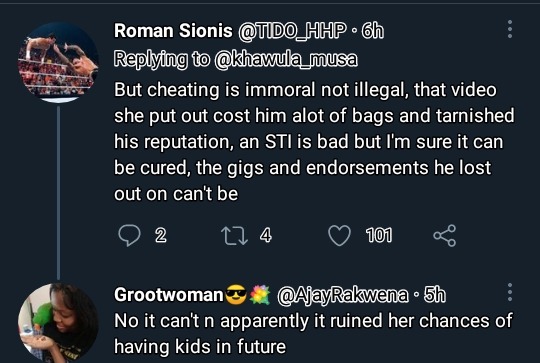 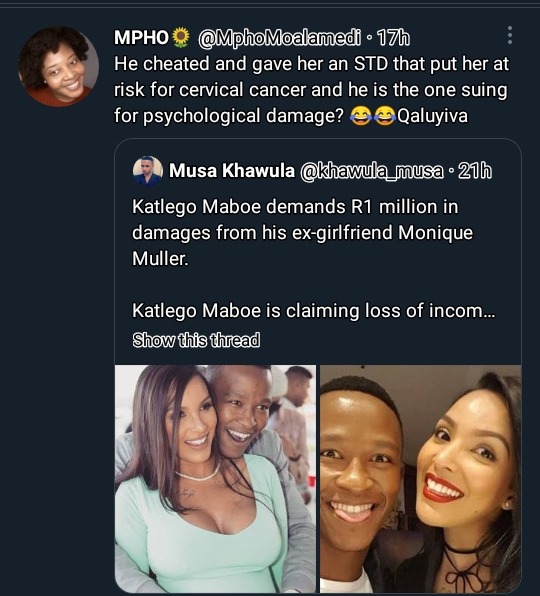 Content created and supplied by: Zana (via Opera News )