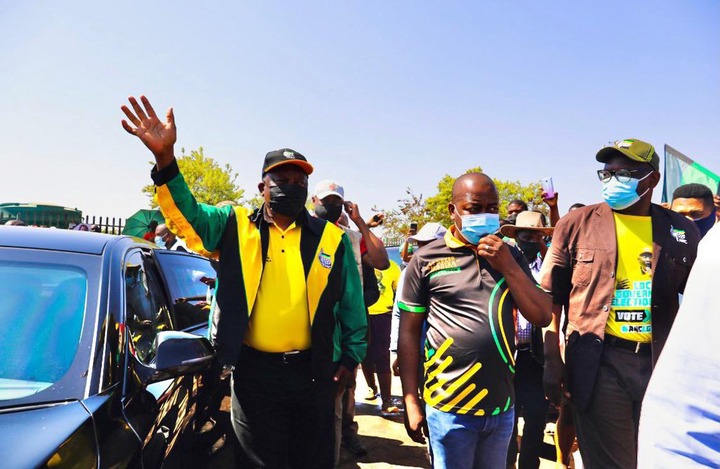 There are so many political incidents that usually catch the attention of Mzansi, set tongues wagging and make those issues trend all day, but RET forces were caught by surprise when one of their own, Ekurhuleni City mayor Mzwandile Masina got vaccinated publicly while being applauded by president Cyril Ramaphosa and his delegation.

Conspiracy theorists are already claiming that something is not right, first of all, Mzwandile Masina has been very vocal about wanting to get vaccinated using the Cuban vaccine, but suddenly when Ramaphosa launched the #Vooma Vaccination program aimed at encouraging citizens to take the vaccine, it was the very same Masina who got jabbed live on television something that his RET comrades have known him not to be fond of.

President Cyril Ramaphosa even claimed that one becomes smarter when they get vaccinated, a statement which was scrutinized by social critics to mean that there is really something going on than what meets the eye.

There were so many mixed reactions from social critics concerning Mzwandile Masina's sudden change of mind from being a strong believer of Cuban COVID-19 vaccine to getting jabbed, in front of the president, could it be that he was trying to impress or it had just dawned on him that his vaccine preference was not going to be accessible within the time frame he had anticipated.

Conspiracy theories are making waves on social media, in a humourous manner of course, people laughing that Ramaphosa is not playing games, but is cracking whip to the extent that RET champion Mzwandile Masina who seemed like a hard nut to crack, has finally gave in. 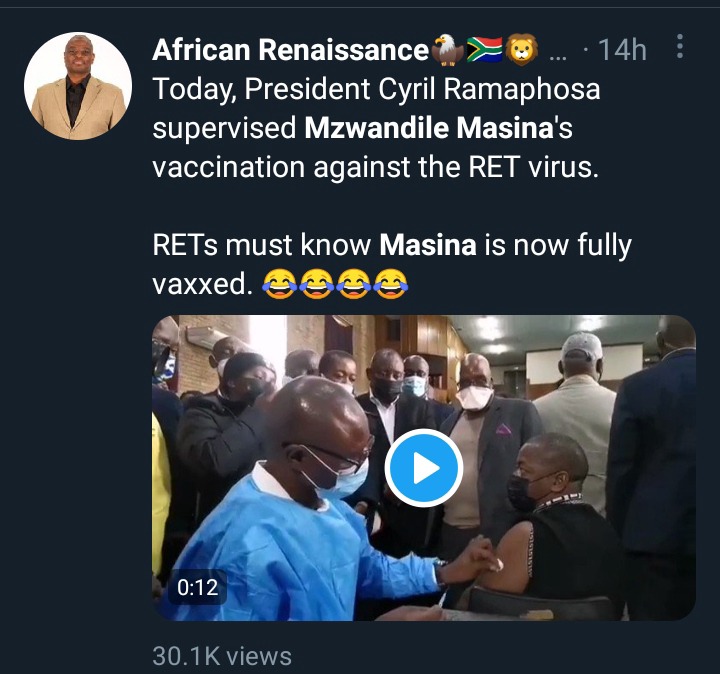 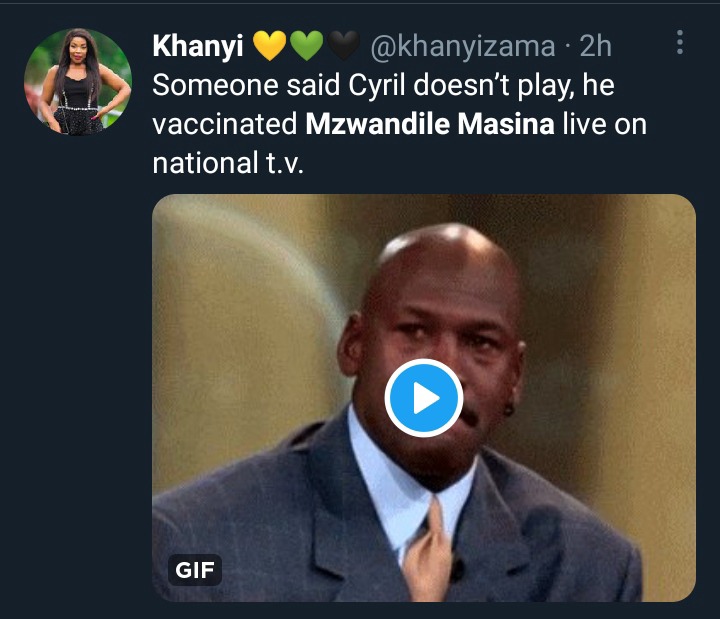 Mzwandile Masina obviously infuriated many RET forces, some of them are implying that president Cyril Ramaphosa allegedly forced Masina to vaccinate live on television against his will. 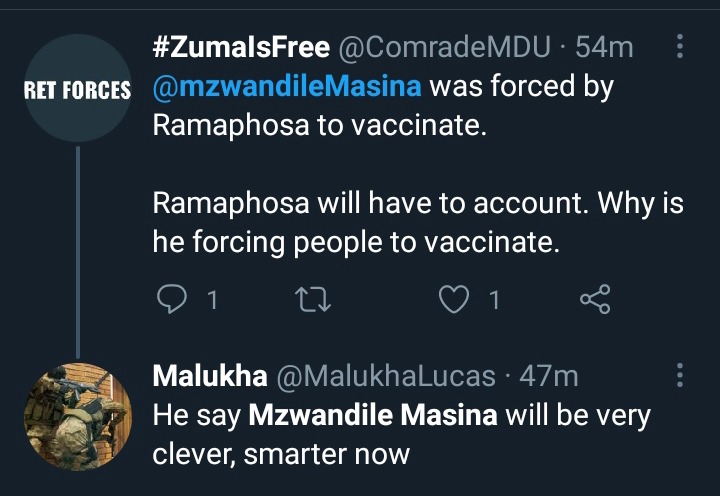 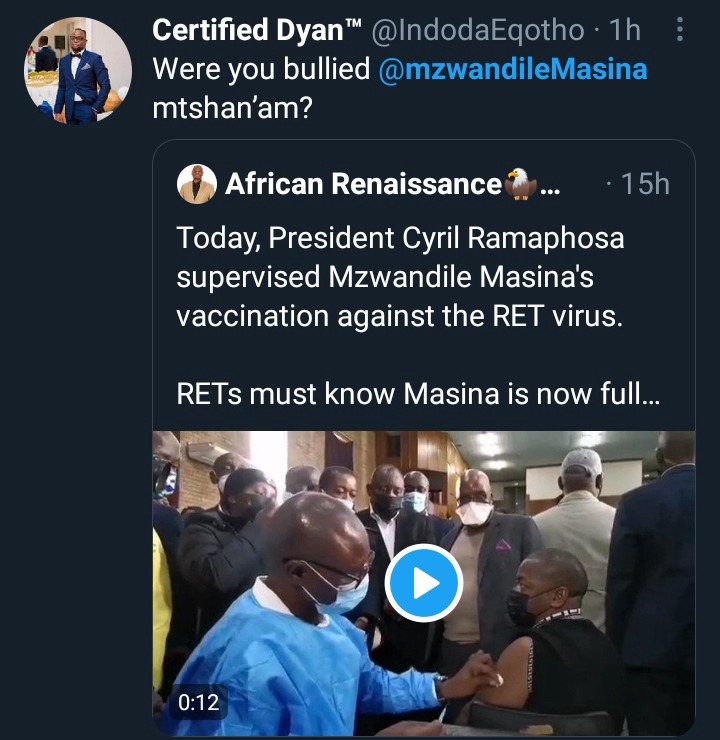 The Ekurhuleni City mayor Mzwandile Masina is known for his bold statement that he was going to resign if Cyril Ramaphosa had become president because he didn't want to serve under his administration, but it turned out that he didn't resign after all.

As they say, history has a tendency of repeating itself, Masina who had been very vocal about wanting the Cuban vaccine has once again failed the test.

Allegations have it that he is slowly getting close to president Cyril Ramaphosa's faction and he is lately being applauded as a hardworking comrade raising eyebrows especially from the RET forces who are worried that they might loose one of their fellow comrade. But in politics, there are no permanent friends neither are there permanent enemies, so anything is possible. 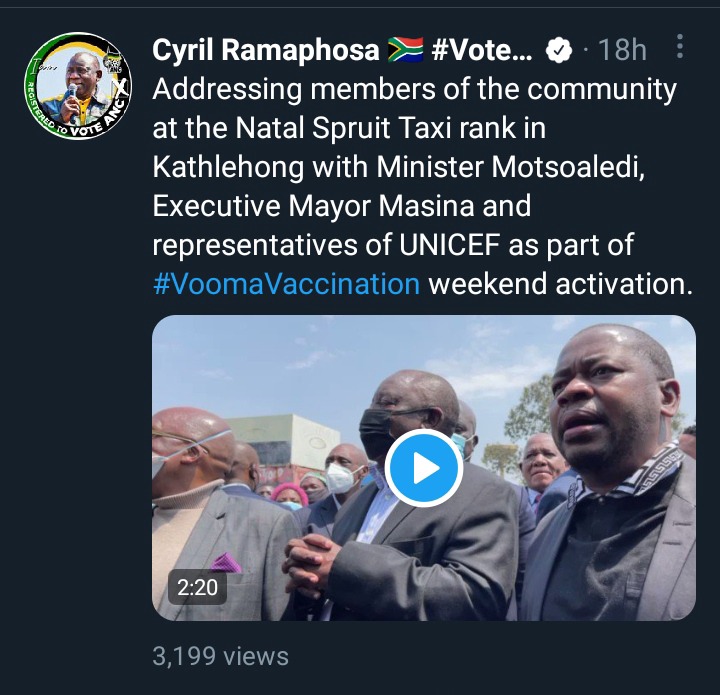