Real Life Facts about Mavusana from Generations The Legacy

By Greatyone (self media writer) | 23 days ago

Real Life Facts about Mavusana from Generations The Legacy 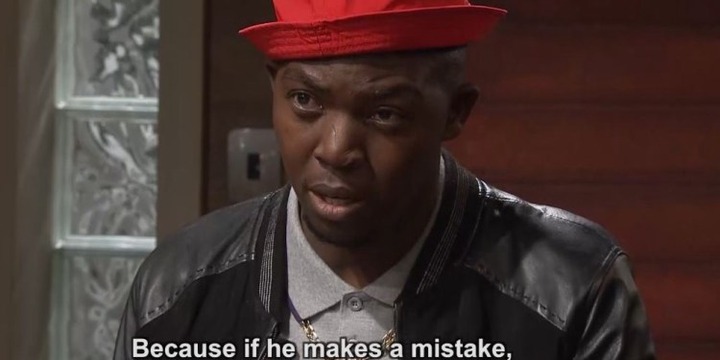 Emmanuel Gweva is a South African actor who currently appears on the SABC 1 soapie Generations The Legacy in the character of Mavusana.

Emmanuel Nkosinathi Gweva is his given name.

Mavusana is the name of the stage (Generations The Legacy).

R2.8million is the total value of one's assets.

Vuyo Dabula portrays Gadaffi, the merciless gangster played by Mavusana. Mavusana first appeared on Generations as a member of the supporting cast before landing a permanent role as the harsh gangster.

On Generations the Legacy, the character of Emmanuel Gweva shows the fact that there is no allegiance in gangs, as Mavusana once sold his devotion to a gangster in a suit, Jack Mabaso, who is played by Vusi Kunene, in exchange for money.

Gweva established a name for himself on the set of The Two of Us (2014), where he played Thina Sobalisi, and Vaya in the same year (2016).

Mavusana's Thoughts on Generations The battle between legacy and real life is fought in Generations.Mavusana, a criminal who works for Kumkani Phakade and an opportunist who steals money and jewelery to make ends meet, appears in the film The Legacy. Since then, Emmanuel Gweva has worked on the following films as a producer or director in his professional life:

Emmanuel Gweva holds a bachelor's degree in drama and visual arts from a reputable university and is currently pursuing a business management diploma.

Speaking about his position as a gangster on Generations, Emmanuel Gweva explained that the role serves to educate South African youths about the dangers of gangsters and the difficulties they have dealing with law enforcement organizations.