“They should bring back Gxabhashe.” – social media user says

By FutureHype (self media writer) | 1 year ago

Social media users seem to be remembering Mpumelelo Bhulose, also known as Gxabhashe for his former role in the popular soap opera Uzalo. With one user asking his peers in a Facebook group post if they also want to see Gxabhashe on their screens once again. 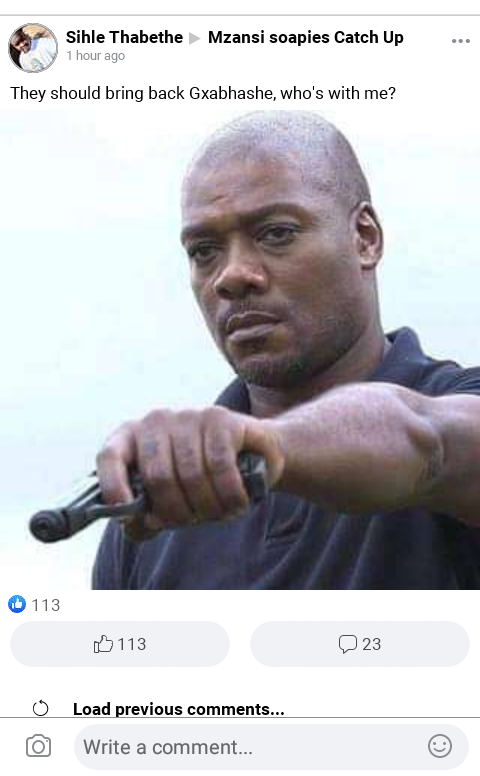 With the post gathering over one hundred likes within a short space of time, really shows that the viewers miss the legendary actor.

Here's some of the responses the user got : 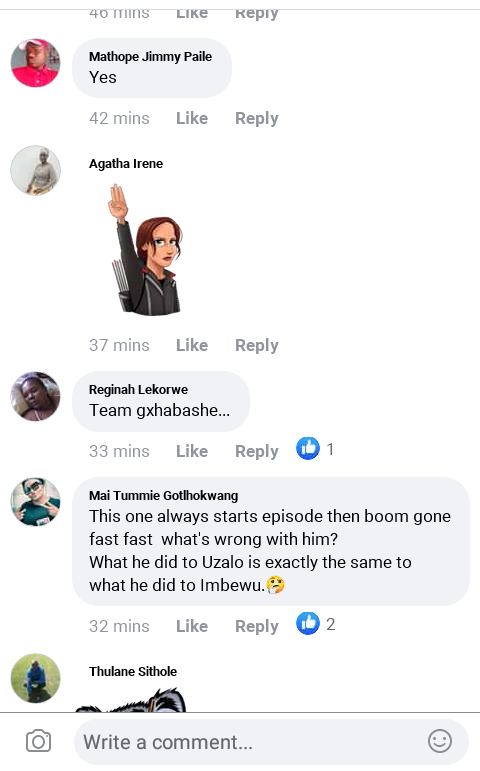 From these responses we can already tell the frustration one of the viewers has. Here's another one : 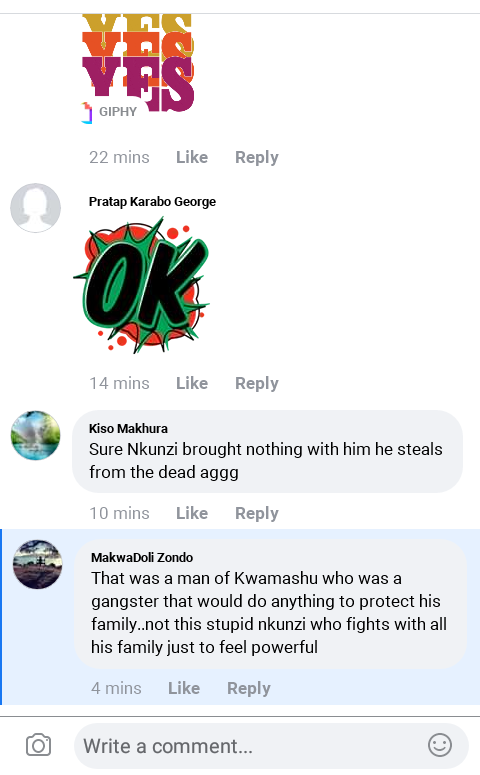 With some rubbishing one specific character, mainly Nkunzi, who's regularly compared to him as he was supposed to take his role. 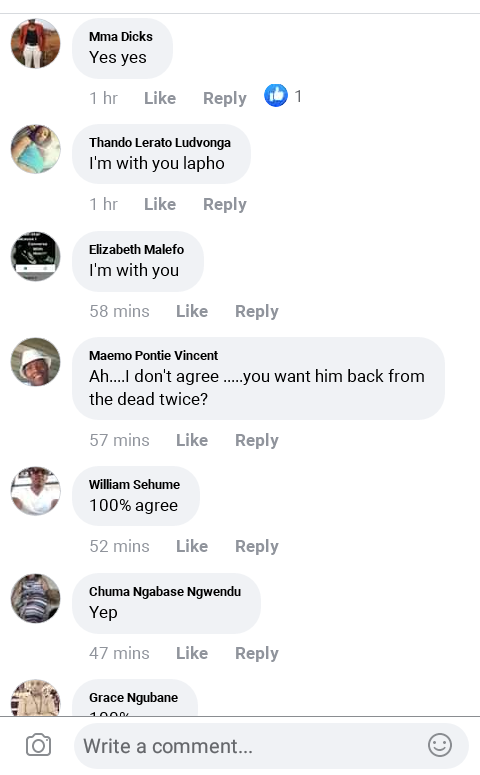 However not everyone agrees, as seen at the screenshot above. Although there's a lot of rumors surrounding the actor, with the first one being allegedly fired by the management according to a report made by News24 in 2016. Whereby he was shortly brought back due to viewership pressure. 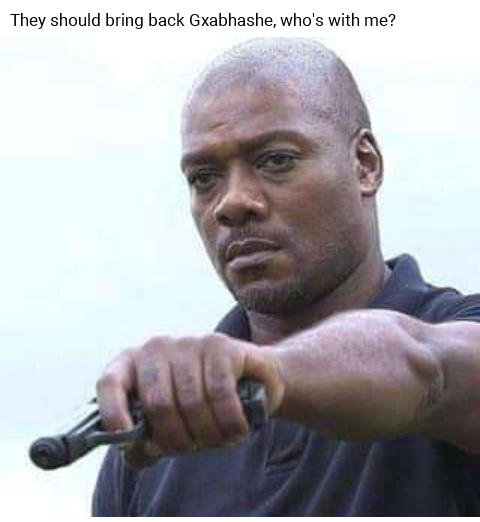 With a few characters making a return to the drama series, there's no wonder he got mentioned. The reasonable assumption coming from the return of the presumably ‘dead’ Thulani Shange – this in turn made fans of the show to have hope that their beloved Gxabhashe will also make a return too since he has done it before. Although there's no evidence pointing at his return, the viewers seem to be not losing hope.

Will pressure from the viewers make the management reinstate his contract and bring him back this time again?

We'd like to know what you think about this on the comments below.

Content created and supplied by: FutureHype (via Opera News )