Sh0ck:JubJub might end up in jail as another victim came forward and accused him of raping her

Molemo Katleho Maarohanye (known professionally as Jub Jub; born 29 June 1980) is a South African Media Personality who is a successful hip hop artist and TV Host of popular shows such as Uyajola 9/9, You Promised to Marry Me, and Uthando Noxolo which air on Mojalove DSTV Channel 157. Jub Jub is a child star who was discovered in 1991 when he partook in a popular Coca-Cola Tv advertisement that featured soccer legend Doctor Khumalo.  He went on to present multiple TV shows such as Jam Alley, Channel O, and Selimathunzi amongst many. Before he was convicted of culpable homicide for the death of four children in December 2012, he was one of the highest-selling rappers in South Africa has achieved platinum status for his albums “Rare Breed” and “My Shine”. He is the son of controversial businesswoman Jackie Maarohanye. Jub Jub currently hosts the reality show, Uyajola 9/9. which focuses on exposing cheating partners and spouses. He also successfully released the remake of his “Ndikokhele” hit in 2020 as well as a remake of the popular Umbedesho titled “Ngi theme wena” in 2021. 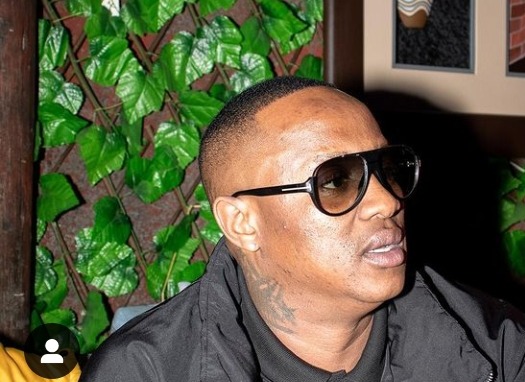 After going on MacG's podcast and saying he will expose a lot of people by spilling the beans and admitting to sleeping with Amanda Du Pont the SkeemSaam actress. Things didn't end well for Jub Jub as Amanda didn't agree with what Jub Jub said, but it was the other way round. As Amanda came forward and said she was tired of keeping quiet but they didn't sleep together, but Jub Jub forced himself on her, and not only that but he also physically used to abuse her. 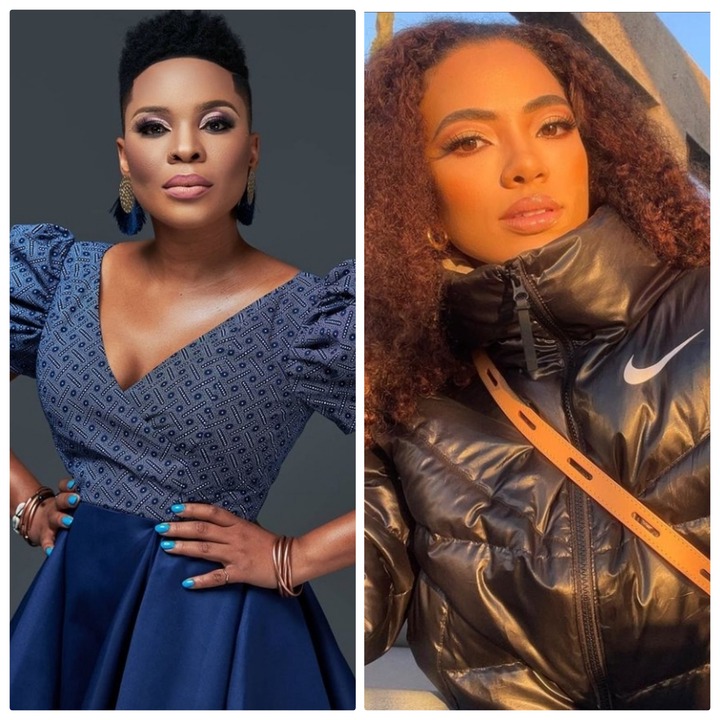 While people were still trying to adjust to the news and also accusing Amanda Du Pont of lying about what he said about Jub Jub did to her, now a big shock came, it's alleged that Amanda is not the only one Jub Jub forced himself on her but another victim came forward and you won't believe it.

But it's alleged that Jub Jub also forced himself on Masechaba Khumalo who is a South African actor, presenter, and television producer who is well known for hosting "One Day Leader". Masechaba broke the news after Amanda took to her social media account on Instagram and spoke about what Jub Jub did. Masechaba says they were dating at the time and she was a virgin and they were at Mamajackies house Jub Jub's mother that's when he forced himself on her. 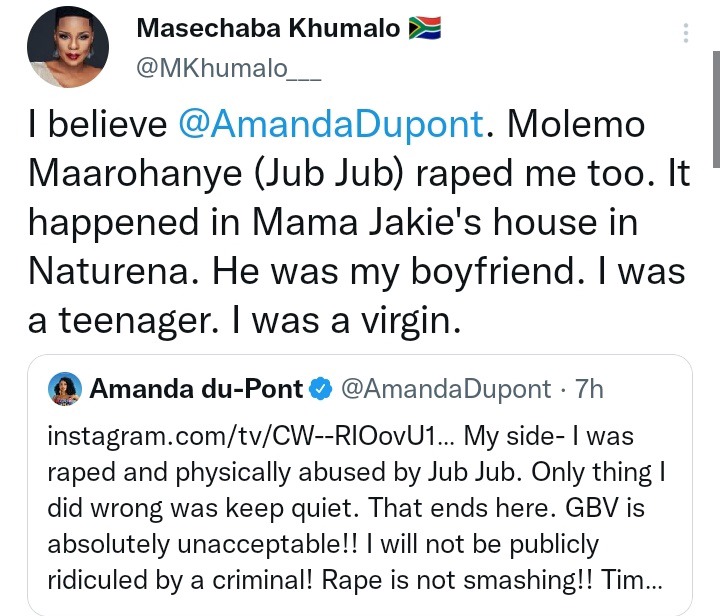 Some men think because your dating someone it's fine they can sleep with you even when you say no, there are men who have the mentality that when a woman says no she actually says yes, and a no means a no therefore you don't have a right to force yourself on the person that's rape.

People are saying Jub Jub was doing well for himself and they were starting to love him, they were even feeling sorry for him after Kelly Khumalo denied him access to his child. Now things are not looking good for him, he might go back to jail after working so hard to restore his life.

I guess we just have to wait and hear what he has to say to about this allegation and we know how it goes, innocent until proven guilty.