The news has broken throughout social media and major news publications have publicized his death that follows his controverisal video challenging Cassper to a fight.

His passing was confirmed in a family press release statement. 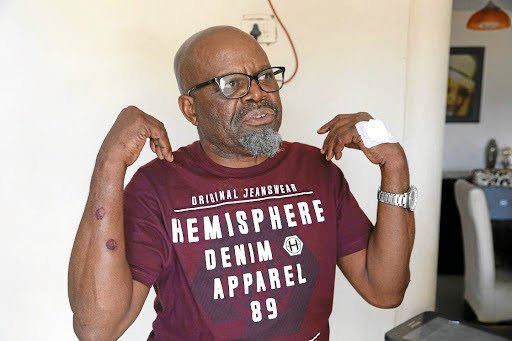 He was a talented actor who starred in Generations, Mofere Lenyalong, Zero Tolerance, 7de Laan, The River and many others. His discography was truly impressive and spanned a career of over 40 years. It is one of the legacies that will be memorable in South African history. 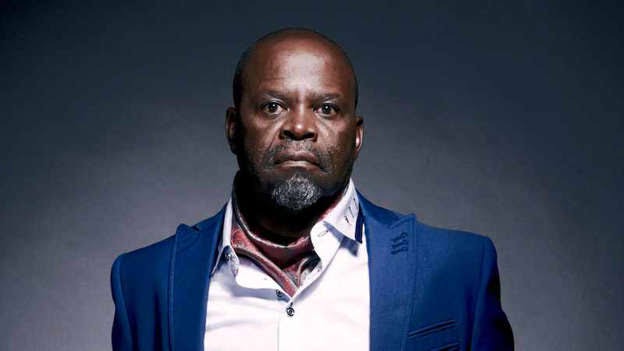 However his final days were in quite disrepute. He posted a video that made Twitter rage against him where he posted a video challenging Cassper Nyovest to a fight. He later apologised for the derisive video but the backlash remained as he was called out for his language.

According to Sunday World It is becoming clear that his issues were deeper than anyone realised as the paper reported he had committed suicide and Twitter had a reaction to the news.

Author Khaya Dlanga wrote, "Many seem calm and unbothered but are going through a storm inside. Be kind and gentle and pray for one another. You never know what may trigger someone, and what the final straw for them may be. RIP Patrick Shai."

User @jessy_jesss wrote, "Can you guys stop making the passing of Patrick Shai about Cassper, you're preaching mental health yet bullying someone else. Please stop being disgusting just for once!"

While @MaqpaulM wrote a personal memory with the actors, stating, "The man was the MC at my wedding as we were neighbours. We were like family in Mmesi Park. So gutted by your passing Bra Patrick Shai 💔 #RIPBraPat" 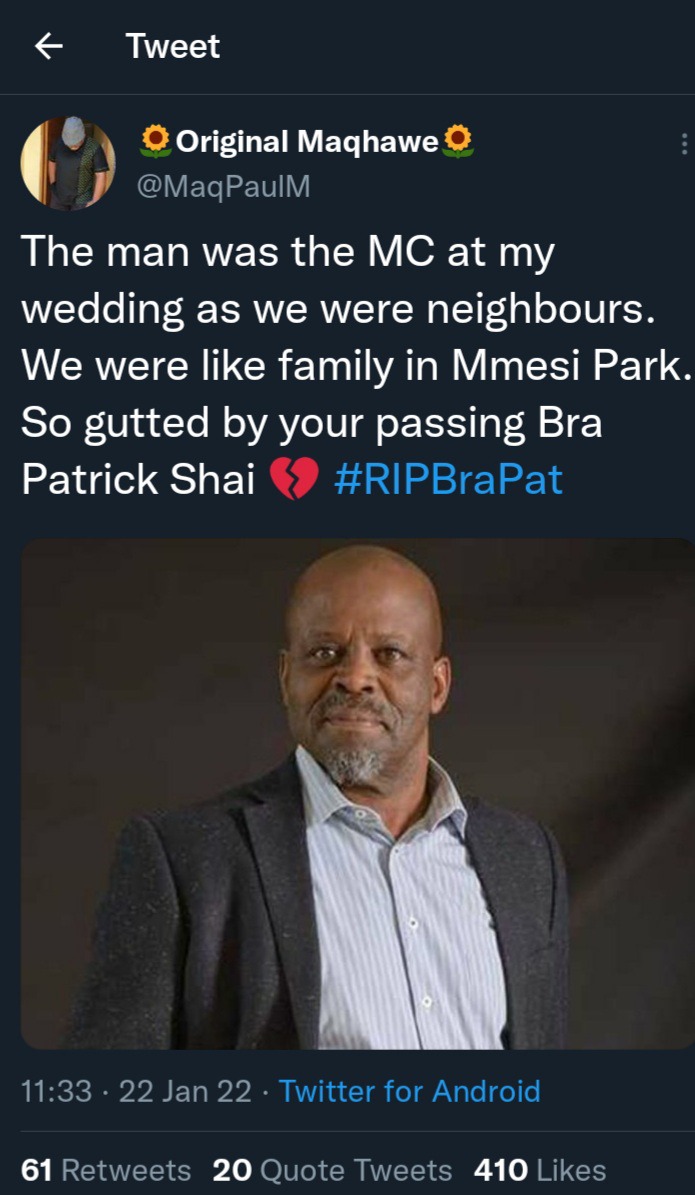 @SneMzilikazi wrote, "Never judge those who are simply defeated by the long, hard struggle to stay alive.

When one dies after a long illness, people say "Ulwile shame"

Yet with suicide, they think that no fight was involved, that they simply gave up.

I hope Patrick Shai is at peace now🤍"

I have written before about Patrick Shai's journey to being a brothers4life ambassador. How he openly admitted to being an abuser in the past but him with his admission came a change. He was able to turn it all around and become someone who acknowledged his wrong doings.

His death comes as a surprise to many and his family is likely still in mourning. It's never easy to lose a loved one to a disease like depression. It takes away all the good and replace it with the bad.

I hope that they will be able to grief as family in peace without anyone undermining Patrick's legacy. 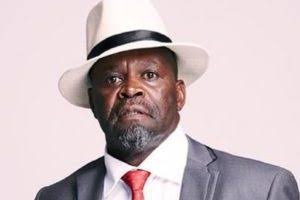 Let me know what you think of this painful turn of events in the comments...💬